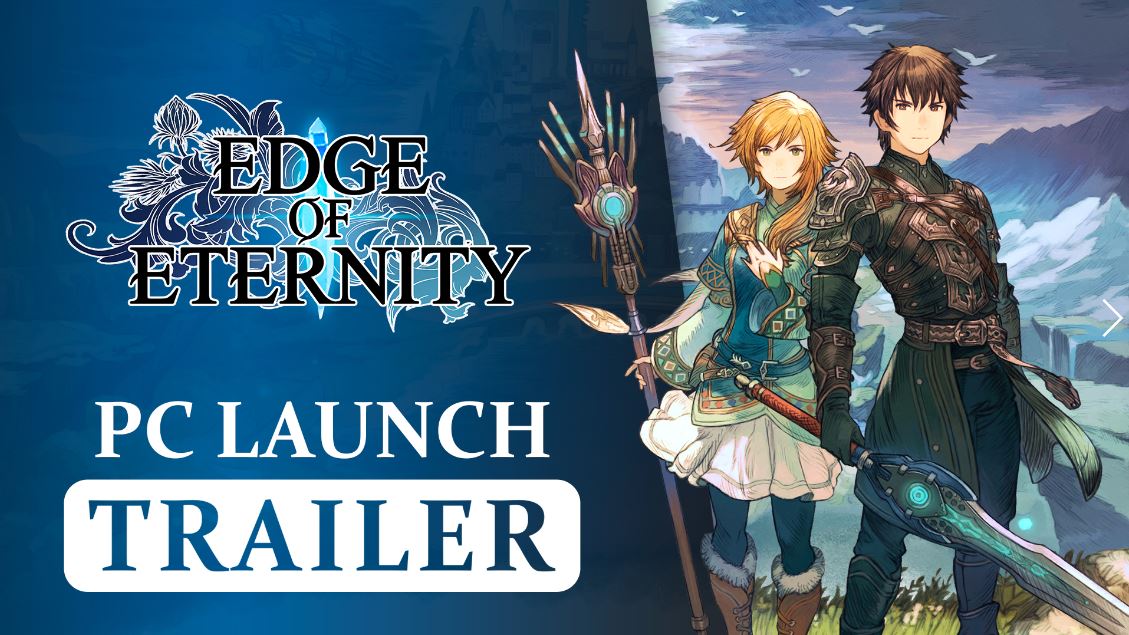 Already an Early Access success, the full game is now available for purchase on PC

Nimes, France (June 8, 2021) – Indie developer Midgar Studio and publisher Dear Villagers have released today the full version of their ambitious JRPG Edge of Eternity on Steam, Epic Games Store and GOG for $29.99 with a massive launch update, pushing the game’s total playtime beyond 50 hours. Midgar Studio promises plenty more updates to come, with a host of free updates slated for the coming year.

The game is also coming to PlayStation 4, PlayStation 5, Xbox One + Xbox Series X and Game Pass in Q4 2021.

In a world torn asunder, the people of Heryon pursue a desperate war against a mysterious invader. As this conflict opposing magic and technology grows to cataclysmic proportions, a new threat emerges from the battlefield: “The Corrosion,” a dreadful, lethal disease. You control Daryon, a forlorn soldier who will risk everything and become a deserter, for the slim hope of finding a cure for a loved one.

The player will wage epic turn-based battles as they follow Daryon and his sister Selene in a quest to find this impossible cure. Only by mastering the tactical art of combat and the mystical language of crystals will the player be able to overcome the terrible odds stacked against them.

Midgar is a small independent studio from the south of France. Through the success of Edge Of Eternity’s Early Access, this small studio of four people has successfully expanded into a team of 13 developers, all passionate about their craft … and old-school JRPGs.

Edge of Eternity began with a successful Kickstarter. From that moment on, the developers of Midgar Studio have committed themselves to a virtuous circle of communication based on transparency and openness to feedback. As soon as they could, Midgar brought the game into Early Access so they could interact with their community. By keeping an open dialogue with supporters, they have managed to improve the game far beyond what they could have in a closed development.

Though the storyline itself will reach its epic conclusion on the release date, the saga of Edge of Eternity itself is not over. Throughout all of 2021 and 2022 players can expect regular and free updates that will include many new features: Nekaroo farms, extra endgame content, new quests, skins, improvements to the mod kit, gameplay additions and more.

“Edge of Eternity may be out of Early Access, but there is still a long road ahead of us,” said Jeremy Zeler, founder of Midgar Studio. “We’ve got so much planned for the coming year, including free updates and a console release. Our way of saying thank you to the fans who have supported us for so long. The game wouldn’t be nearly so fantastic if it wasn’t for them.”

To celebrate the long awaited launch, Edge of Eternity will be discounted by 15 percent for the first seven days. The game will come with its own special Twitch plugin, which will allow fans to interact with the streamer in fun new ways, either boosting some enemies, or sending them a treasure box, right in the open-world. Ardent fans can order the digital Deluxe Edition, which comes with the full game, an artbook, OST track selection, a poster, a map of Heryon and a War Nekaroo Skin.

Midgar Studio is a small French independent development studio created in 2008 and composed of thirteen video game enthusiasts. The studio is located in Nîmes in the south of France and specializes in hardcore games especially on PC and consoles.

Dear Villagers is a publishing label of Plug In Digital. It’s a warm-hearted invitation to join us in the little unusual neighborhood we are building within the gaming industry, a place where talented studios can unleash their creativity and where players enjoy distinctive and audacious games on PC and consoles, such as Edge of Eternity, ScourgeBringer, and The Dungeon of Naheulbeuk: The Amulet of Chaos.