Different underlying factors would explain why one set of personal computer (PC) speakers is different or even better than another. Since the reproduction of sound is both an art and a science, understanding what makes speakers great is a task that requires your time and determination. Don’t be intimidated by the technicalities of it all. By the end of this article, you’d be able to understand the key elements of good quality PC speakers. But first, here’s a brief backgrounder to help you digest the information that will follow. 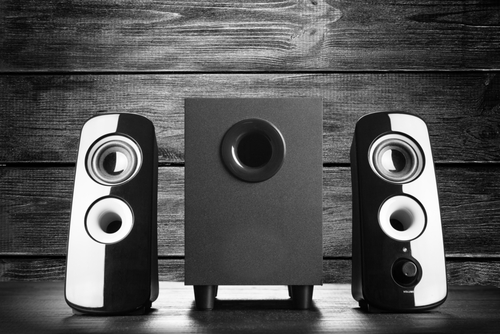 Essentially, the primary purpose of speakers is to create vibrations—more technically known as sound waves—that the human brain will then interpret as sounds. This purpose is mainly fulfilled by one or more drivers in the speakers, which are each composed of two main parts:

When electricity enters the driver, it causes a copper coil inside the magnet to vibrate due to changes in the electrical field. If you liken a driver to a megaphone, the magnet should be placed right where the mouthpiece should be.

As the name suggests, this is the part of the driver that tapers off into a larger end. Also called the diaphragm, the cone helps amplify the sound waves. 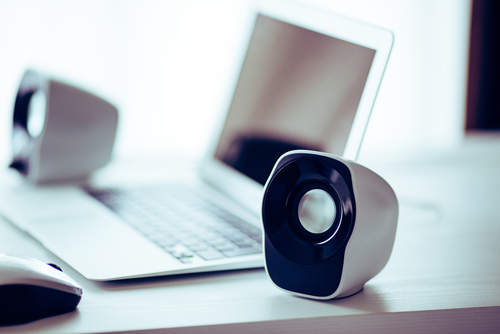 Would you rather buy a house made of paper or one that’s made of strong wood? Most people would, of course, prefer the latter. The quality of a product is often largely determined by what it’s made of and not just by the way it was made. This principle applies to PC speakers as well.

The material of the cone, in particular, can largely affect the quality of the sounds that your speakers produce. Cones usually move in a piston-like manner, but when producing certain frequencies, they tend to flex sometimes. Flexing should be avoided at all costs because this distorts sound.

Speakers can be made out of the following materials:

However, since such materials could be prone to flexing, some speaker designers have thought of alternative materials that promise to offer increased rigidity and performance. These include clay-impregnated cones and polypropylene. You might want to consider purchasing speakers made from those materials.

Pitch—or the highness or lowness of sound—can be measured through a frequency response, which can specifically tell you how accurate the speakers are at reproducing a certain sound. Hertz (Hz) is the measurement unit used to determine audio frequencies.

Since human hearing ranges on average from 20 Hz to 20,000 Hz (or 20 kilohertz), you’d think that it’s best to find PC speakers with this range. However, realistically speaking, such speakers usually cannot go as low as 20 Hz. You could expect to find ones that start at around 50 Hz, which are still capable of producing that satisfying bass line.

In terms of the higher end of the spectrum, most speakers are able to reach 20,000 kHz. If your hearing can’t accommodate this frequency, then you don’t have to bother finding speakers that could reach it.

Now, high-quality PC speakers, whether portable or otherwise, should be able to produce a wide range of sounds. You can test your speakers’ frequency response, among other factors, through websites that offer audio checks, such as Audio Check and Demolandia. Just be sure to choose a reliable site, like the ones mentioned, that will give you accurate results.

A lot of thought is put into designing the humble speaker.

It all starts with the hardware. Apart from the driver itself, its casing or enclosure must also be up to par with certain standards because this can ultimately affect the sounds that will be produced.

For instance, if the enclosure is too big, cross noise will be created by the reverberation of sound, which will interfere with the audio signals that are directly coming from the driver. Not only that: if the driver isn’t secured to the casing, the vibrations may cause it to rattle unnecessarily, which would distort the sound it creates.

The external hardware isn’t the only thing that can affect the performance of PC speakers. In some cases, multiple drivers are needed in one speaker so that the range of frequencies can be accounted for in full. Such speakers require crossover circuits, which are basically like brains that direct which drivers will produce which frequencies.

A PC speaker that was engineered well should focus on both the driver’s enclosure and the cross circuit of the speaker, if applicable.

If you’re looking for a high-tech set of speakers, then you must look into its controls. You must be able to adjust the sound—in all aspects—according to your liking. For example, the volume control must be separated from the bass control. This would allow you to enjoy music at a high level without disturbing your neighbors with the reverberations.

When you buy PC speakers, you might find a figure written next to the omega (Ω) symbol in the product description area. That symbol corresponds to ohms, which is a unit of measurement for electrical resistance as well as impedance.

Here’s an analogy to help you understand the concept of impedance better.

Imagine a doorway. One that’s common in most household rooms can only fit maybe two people simultaneously. If this doorway was bigger—say, the size of the doorways at megamalls and theaters—then it can let through a lot more people at the same time without putting anyone’s comfort at risk.

You could liken a speaker, or a driver, to a doorway. However, instead of people, it’s letting through audio signals. The bigger a driver is, the more signals it can easily accommodate. One way to ensure that your driver is big enough to handle the signal magnitude that you’re looking for is by making sure that the impedance value is low. Most PC speakers have impedance values that fall between 2 and 16 ohms. Generally, it’s wise to go for speakers that have an impedance of 4, 6, or 8 ohms, since the low value can also indicate how much time the engineers put into fine-tuning the product.

With so many PC speaker options to choose from, you may be overwhelmed when you’re looking to purchase a new set. However, if you keep the key elements of good quality speakers in mind, which include engineering, impedance, and material, then you’ll be guided in making the right decision.