Amazon now has a total 5 five distinct Kindle Fire Models and here is a breakdown of the differences between them for those looking for a holiday gift idea.

Generally, when we think of Kindle, we think about an e-reader, not a tablet-based computer. Amazon has evolved the Kindle from an e-reader into a lightweight device capable of much more. The Kindle Fire is a line of tablet devices providing music, movies, email, WIFI, and business applications such as Word, Excel and PowerPoint. You can use it as an e-reader, too! There are five Kindle Fire models you should look at: 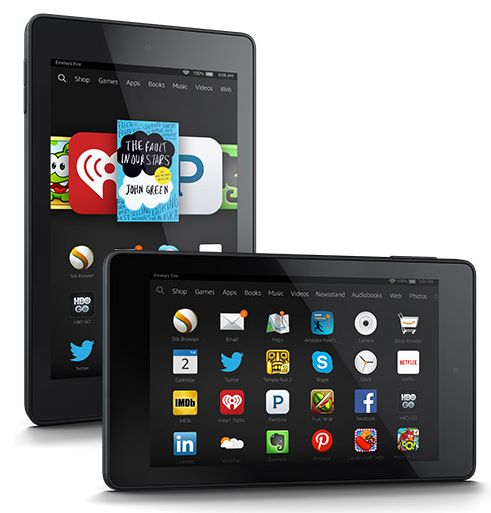 The Kindle Fire 6 HD is the smallest of the Fire line. It has a six-inch HD screen, with a resolution of 1280 x 800, with 225 pixels per inch. The tablet has a quad-core processor, of up to 1.5 GHz processing power. The unit has a mono speaker and a built-in microphone. The tablet has single-band WIFI, but does not support 4G. You can get either 8GB or 16GB of storage media, and unlimited storage for photos in the Amazon cloud. The device provides up to eight hours of mixed use before recharging. With a starting price of $99.00 this is s great unit to get started with. 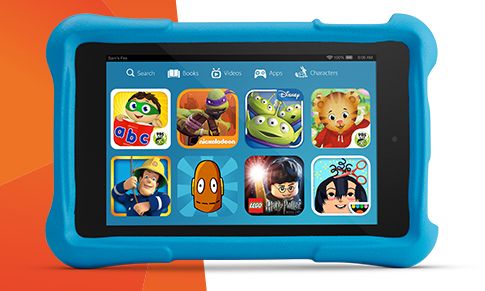 The Kindle Fire 6 Kids Edition is the same as the Kindle Fire 6, but it’s built specifically for kids. It has a tough kid-proof case designed to survive even the toughest kids, and it comes with a worry-free two-year replacement guarantee – if they break it, return it and Amazon will replace it no questions asked. This unit also comes with a year of Amazon Free Time Unlimited, so your children have access to books, music, educational apps, and movies at no extra cost. This is not a toy but a real tablet; your child will be able to grow with this one and use it for years. Starting at $149.00, this is a good investment in your child’s education. However, be sure to configure the unit with 16GB of storage media, to prevent running out of space. 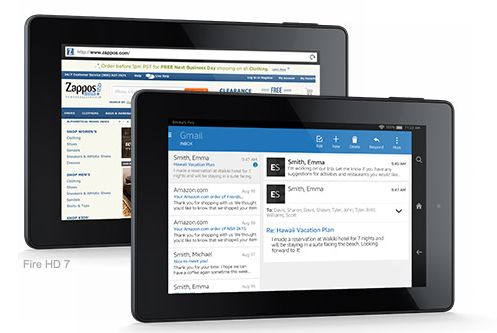 The Kindle Fire 7 HD is the next step up from the Kindle Fire 6. It has a seven-inch HD display, with 216 ppi, and dual stereo speakers; otherwise, it is configured exactly the same. The unit features a larger screen, with better sound. At a starting price of $139.00 it’s a better buy for older kids than the Kids Edition, as the apps on the Kids Edition are geared for young children. It’s also a good buy for adults; it will allow you to edit Word documents. Excel spreadsheets and PowerPoint presentations. 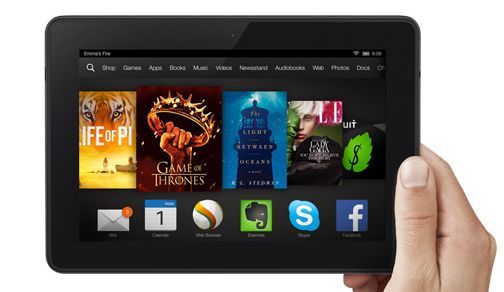 This Kindle Fire is the same size as the Kindle Fire 7 HD, but the screen has higher resolution – 1920 x 1200 versus 1280 x 800, with a higher pixel density 0f 323 ppi instead of 216 ppi. The unit has a faster quad-core processor of 2.2 GHz, and a separate graphics processor as well. This Fire has 2GB of RAM, to speed up your experience. The unit has dual stereo speakers, dual-antenna, dual band WIFI, and model supporting 4G networks is available. The battery lasts for eleven hours, and storage media ranges from 16GB up to 64GB. Starting at $179.00, this Kindle gives you plenty of bang for your buck. 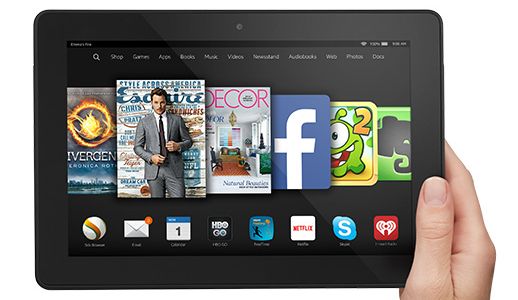 The Kindle Fire 8.9 HDX is the top-of-the-line Fire. It has an eight point nine inch display, with a resolution of 2560 x 1600 and a pixel density of 339ppi. The init has dual stereo speakers, dual band, dual antenna WIFI, a 2.5GHz processor and a faster graphics processor. The unit features a “Mayday” button, as dies the 7 HDX; this feature gives you 24/7, 365 customer support. Starting at $379.00, this Kindle gives you a powerful performance for your money.

All of the Kindle Fire tablets excel at what they do, and give the customer a viable choice in the tablet market. You don’t have to spend big bucks for an iPad anymore – there are better choices available, and Kindle is one of them.