I tested the selfie stick from Noot. The idea is that you can attach your phone, and take a picture of yourself at a distance. It is supposed to allow you to take a better picture. It could even be used to take pictures where there is a large crowd and you don’t want to get the backs of people’s heads in your shot. 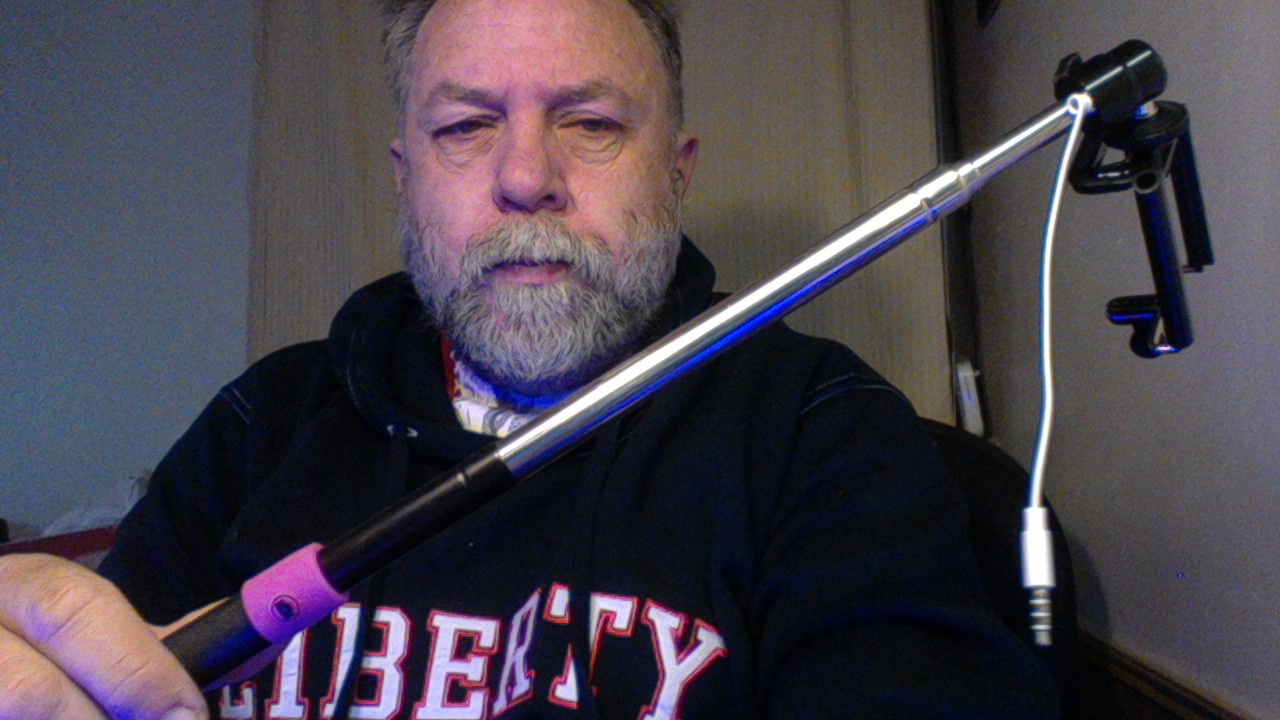 Sadly what should be a great idea is not always executed well. The pole is very stable, and the length is sufficient to do a great job. That sadly is about all I can say positive about the device.
First the handle has a button imprint on it. The actual button is under the rubber handle and the rubber moves off the button easily. The first time I used it, no problem but, each time after than I had to either move the rubber so that the symbol for the button location and the button lined up, or just fumble around and guess. If time were a factor, this could prove costly.
The next concern I have is the stability of the connections that hold the phone in place. I am not talking about the slide that pulls out and then grips the phone, it is actually well padded and seems to do its job just fine. It is the screws that tighten or in this case failed to tighten the phone into place. I put my phone in like the picture shows on the web site, held it up and the phone dropped down facing the ground. I adjusted it, and tightened it and the same results. I am not using a huge phone, I have a Samsung Galaxy S2. I was fearful that my phone would simply fall off the pole and hit the ground. 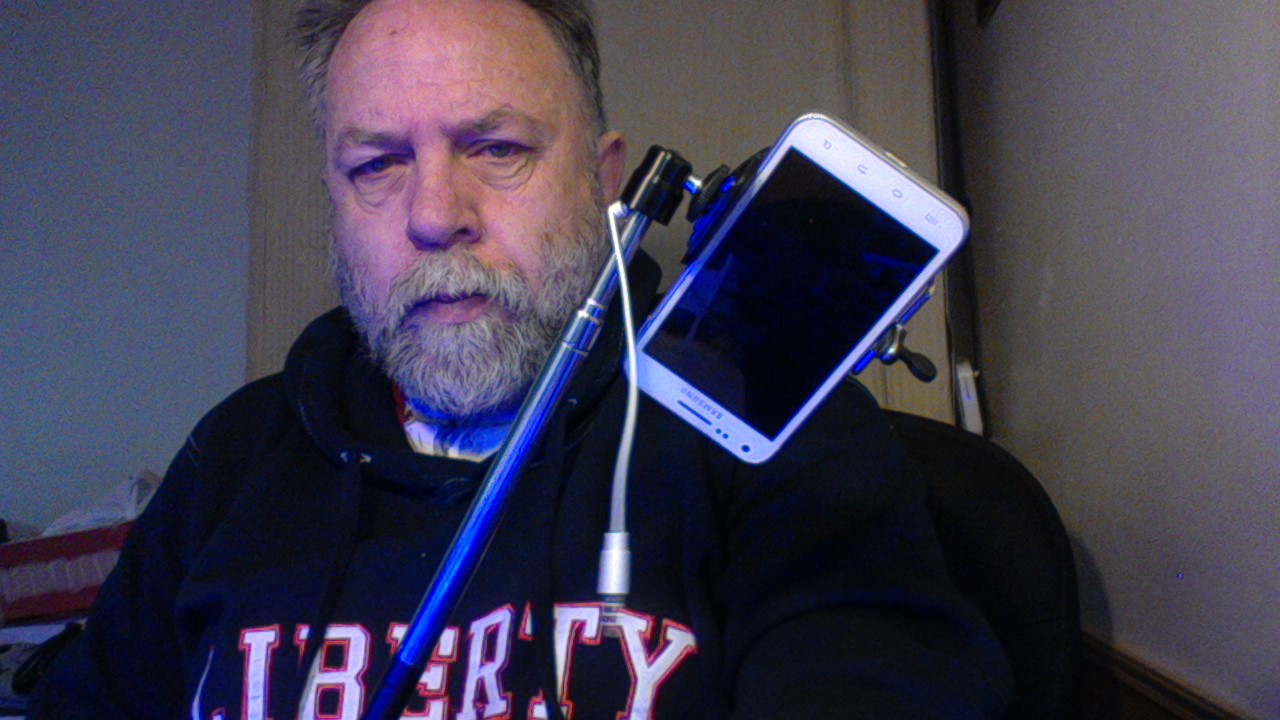 The next serious problem would be the length of the cable used to connect the button to the audio connection on the phone. It was too short. There is no way I could hook it up to my phone the way the picture showed. In fact I was left with a problem. If I adjust the placement of the phone to match the length of the cable, then the grips that hold the phone in place come in direct contact with the buttons on the side that turn my phone off and on. I actually had to detach the phone and power it back on. If I adjust the phone so that the buttons are not pressed, then I can just fit the plug for the button inside the hole on the phone, but the big problem with this is it is seriously stretching the cable which will either damage the headphone connection on the phone or damage the wires inside the cable. (As a side note, I was and Electronics technician in the Navy so I do have some knowledge of these things). 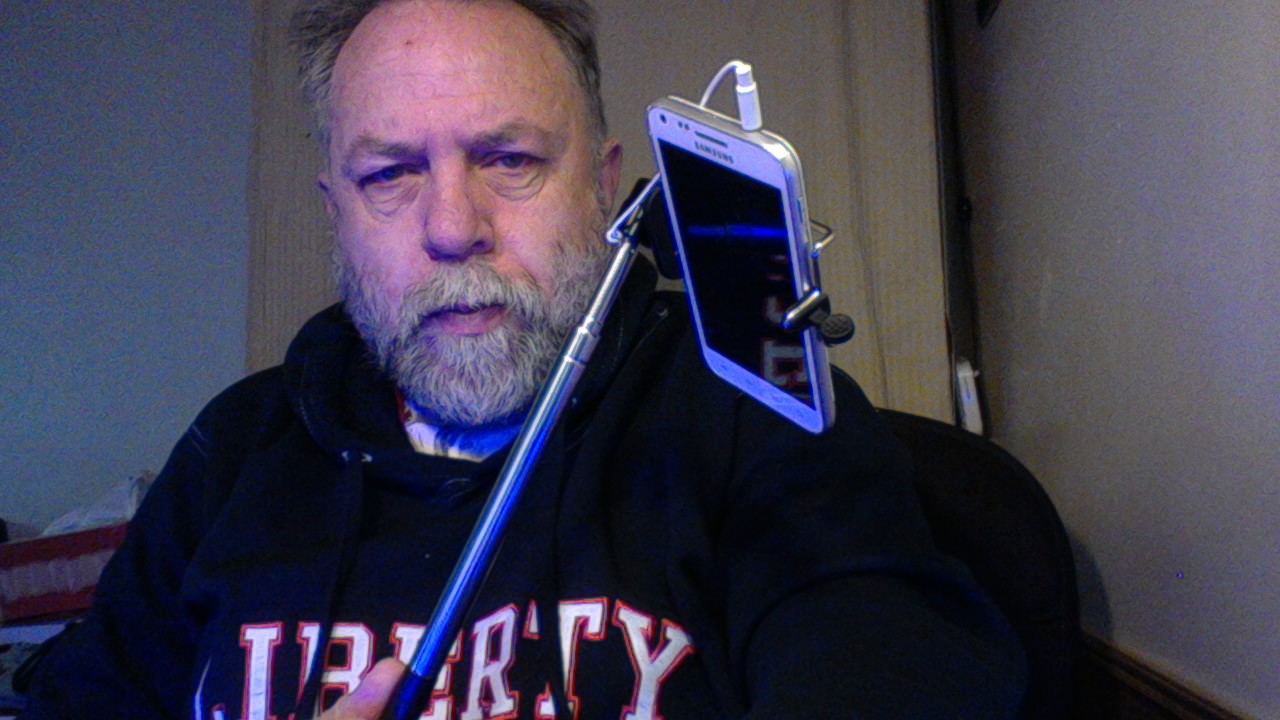 Now for the big part, the wording for the instructions that appear on the back of the packaging are almost unreadable. Oh, they are printed clearly enough, it is just that the words are a mess of nonsense and confusion. Even the name of the product which is advertised as a “Selfie Stick” on the web site is in fact labeled “Cable Take Pole” on the product packaging. Not only that but the wording of the sentences run around and around in circles and say very little of anything useful. At one point, one sentence was so long, and contained so many run on statements that were so confusing, that I almost packed the whole thing us to send it back without reading any more. No offense to the one who wrote the instructions, but it needs rewriting and it needs to be cleared up from the point of view of someone who actually reads and writes in the English language. I would be happy to do so for you if contracted to do so.
While I like the idea on this one, I cannot in any way recommend this product. While I only tested it on an Android device, it did not function without additional software. I felt that the physical safety of my phone was at risk from being dropped, and while I did manage to take some fine selfies with it, the risk does not outweigh the rewards. If the product can be improved with a longer cable, and better parts that actually tighten well enough to hold the phone in place securely, without slipping and loosening up without touching them, then and only then would I do another review and possibly make a favorable recommendation.