After 2 years, my Kindle fire 1st generation died. I was sad. My entire world collapsed under my feet, and my dreams of Android freedom died with it. Well, not really, but it sure seemed like it.

I contacted Amazon.com and asked them to give me my options. After a few minutes, I was told that it was going to cost me about $75.00 to replace it. Sadly, I don’t have that much money to spend, so I told them that. The person on the other side of the screen went through a list of other options, some not to badly priced, but for anything worth anything, it was more than the replacement cost of the Kindle fire.

You see, I only had a 1 year warranty, and since it was out of warranty, the replacement was going to cost, and being disabled, money is hard to come by. After the agent told me all of the other options, I sadly had to turn them down as well, and that is when something unexpected happened.

I was given a 1 time only free replacement on an out of warranty tablet. The world began to brighten once again. In fact, when I learned they were sending me an upgraded tablet, I was even more excited.

It was only going to be a few days till the new tablet was to arrive, and I was all a flutter. What did they mean by an upgraded tablet? Would the new tablet be an HD or what? I almost could not wait.

Well, I got the new tablet exactly on time, and was almost afraid that I had simply gotten exactly what I had before. When I looked a bit closer however, I learned that there was a big difference. 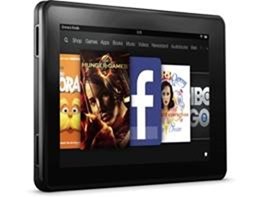 The new 2nd generation Kindle Fire has a 1.2 GHz CPU, 1024 MB of ram, an OS based on Android 4.0.3, and a Wifi based location service. If all of that is not enough, it has an updated screen design with many of the same features as the newer Kindle fire HD.

So, what did all of this mean to me? I can play games that previously I could not run. It also allows for more of the built in storage space to be directly used for applications.

Ok so bottom line, Once again Amazon has shown that they have a great and wonderful product in the Kindle Fire, and the fact that they went out of their way to help me in the way they did shows that they are definitely a company focused on the customer and not on profit alone. As a disclaimer I am not going to tell you that you can get a free out of warranty replacement just because I did. I am only sharing with you my experience and just how wonderful Amazon and the Kindle Fire are.