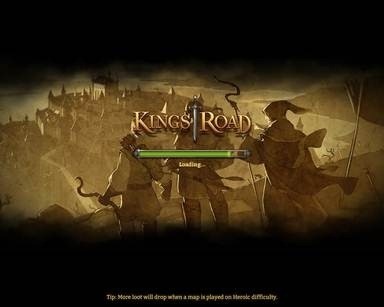 This is one of the newest games on Facebook, and it is one of my newest favorites. Unlike so many of the other games on Facebook that require you to endlessly build up your forces only to log back in to find you have been attacked and have to rebuild everything, this one is different.

When you start, you go through a short tutorial, and choose what kind of character you want to be. A warrior, A magic user, or an archer. Once you choose, you are given quests that gradually get a little harder.

As you complete each quest, you bring more and more missing townsmen back with you. This gives you the ability to buy things you need to survive the ever greater peril’s you will face with each adventure.

In just a few hours, I reached level 8 and had over $10,000.00 gold and about 200 gems. The money can be used to buy things like food and water which you will need to keep your health and your mana up. You will also find items in game that will do the same such as drinks and potions. You will also find armor and weapons in abundance.

I found that at first, I was using a food item that just barely gave me any health back, and I was running through it too fast, but once I realized this, I changed the type of food and was able to draw more health and assure my survival as things got tough.

Along the way there are chests that you may find that will allow you to get some fairly nice items. It does come at a price. So far, I have found chests that run me 50 gems, and another at 350. I have not yet opened a 350 gem chest. Also look for barrels and boxes as well as other things that you can break and get rewarded for. 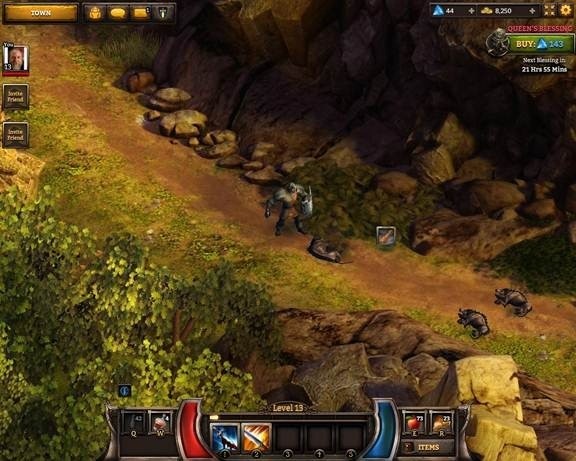 Battle is fast and furious, and there is no shortage of excitement. I have had as many as 10 foes to deal out death to at a single time. and it was intense. This is where choosing the skills you will add your skill points to, to be important.

As with any new game, there are a few glitches. I was often attacked by things I could not see until I moved around a bit, and some boss fights were very tough. Don’t worry though, if you die, it just costs a few gold to get back in the game, and there is a blast that kills many of the villains that may still be alive when you return.

I also noticed that you can’t add friends at the moment. But, aside from the few problems I have noticed so far, I believe that this game will be a fast fan favorite. I look forward to the next time I log in which will be just shortly after I finish writing this review. Hope to see you on the Kings Road soon.

Note, the game already shows over a million monthly users when you search for Kings Road on Facebook Graph Search.