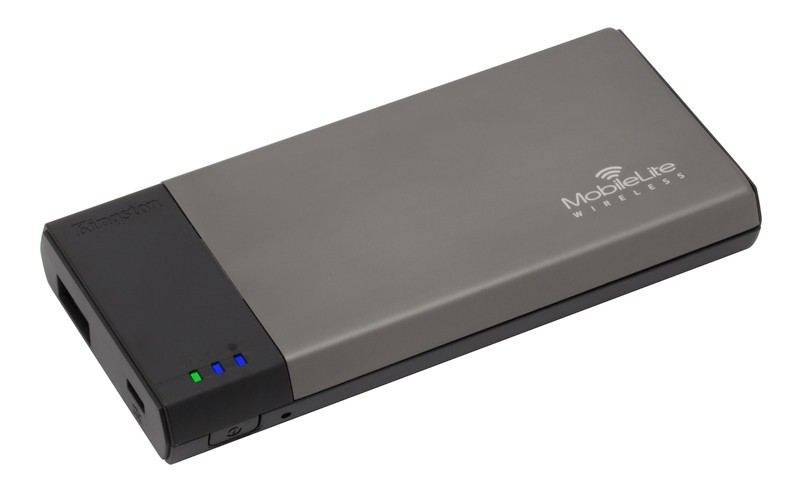 The MobileLite Wireless is about the same length and width as the Wi-Drive but about double the height. It is very light weight and easily slips in a camera bag or iPad travel bag without issue. 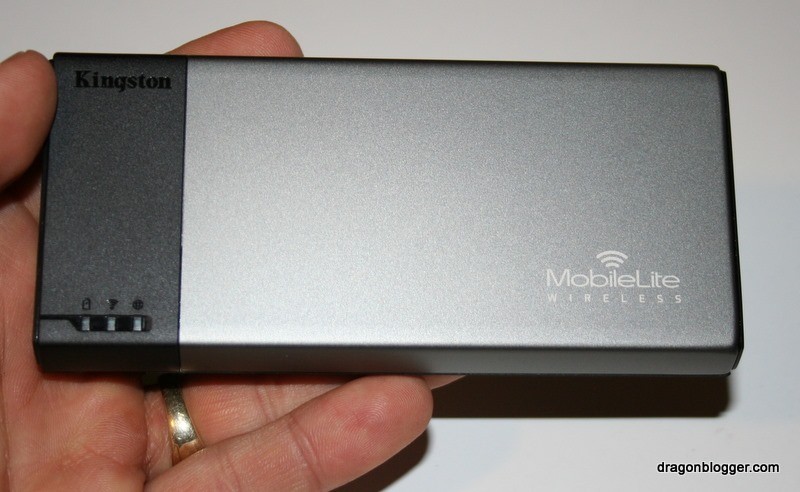 You basically have an SD Card slot and combined with a MicroSD card adapter you can plugin a Micro SDCard, SDCard or on the other side is a USB port.  The SD Card slides in all the way so you can’t see any part of the SD card after it is inserted. 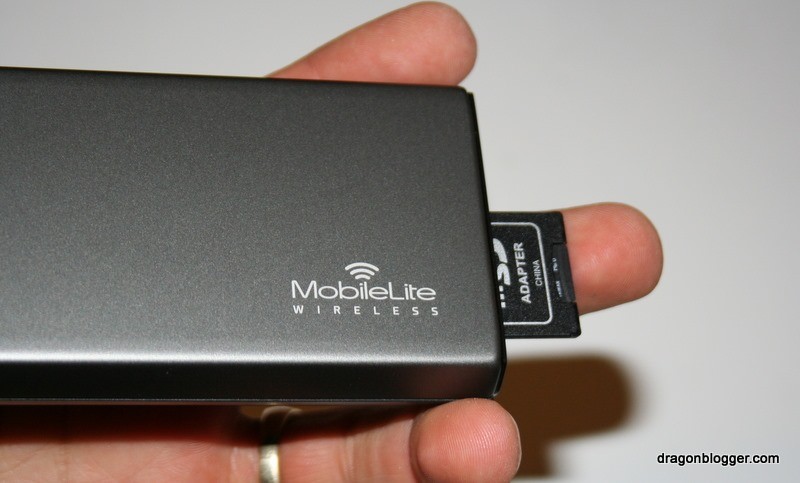 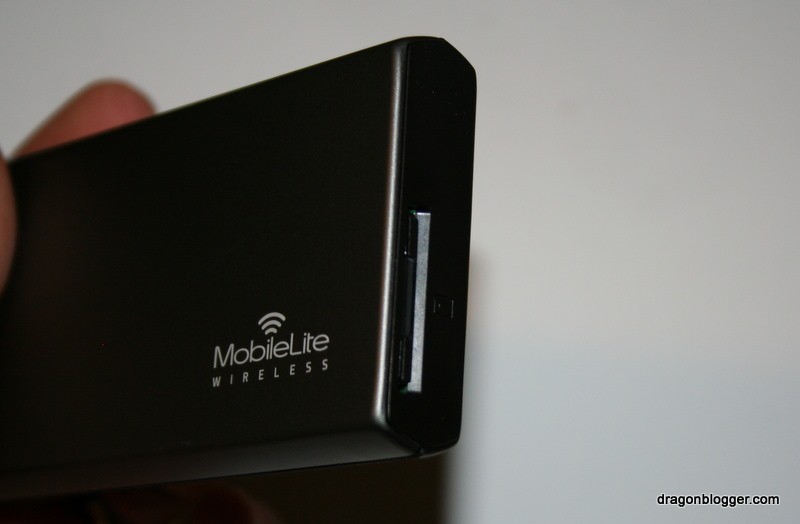 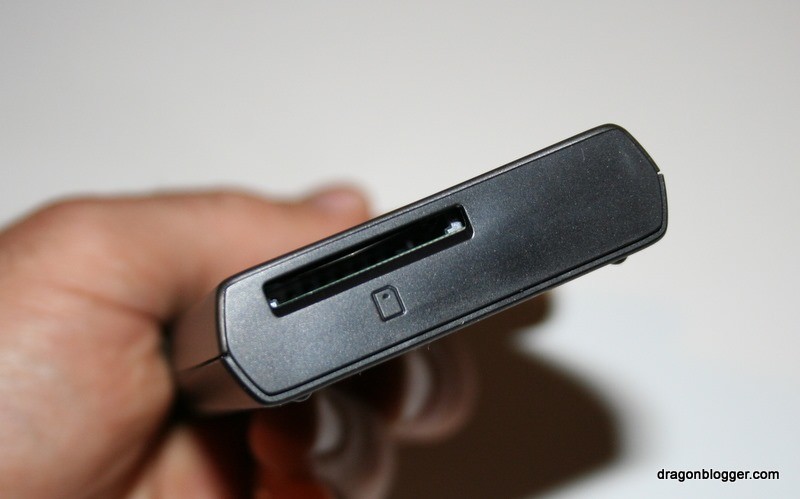 Can barely see the SD card is even in the device after inserted, but it comes out with a depress and pop out motion, however because it is inserted may take a longer finger nail or quarter to press the SD card to pop out.

The USB Key portion is easy to access and USB stick just hangs out the side, you will want to use a smaller USB stick device to avoid having it protrude so far out of the side of the MobileLite Wireless device. 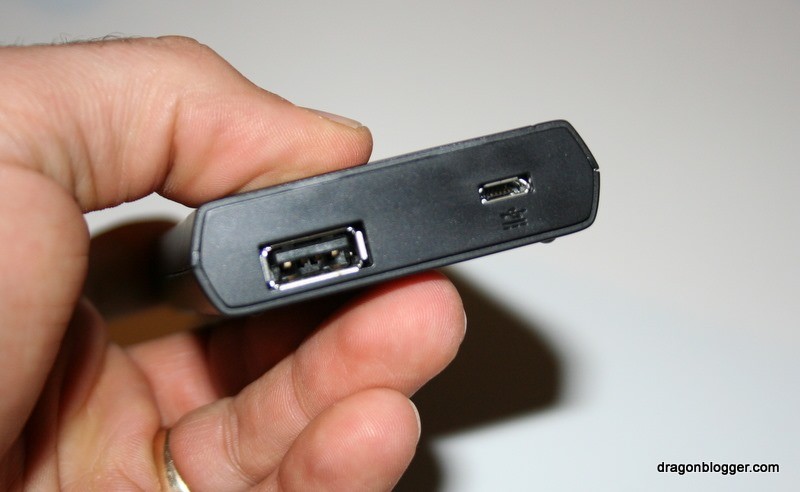 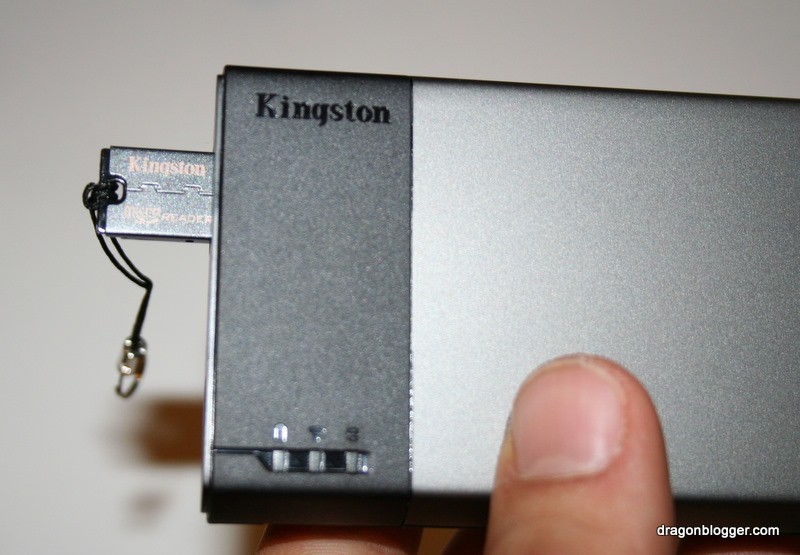 The real charm of the Kingston MobileLite is that you can load whatever media you want on the SD Card or the USB drive and then access that media from your iOS device whether it be the iPhone or iPad.

Meanwhile, the MobileLite app functions much like the Wi-Drive app did, it allows you to browse your media device plugged into the MobileLite Wireless and access all of the information on it.  You can stream Movies, TV Shows or look at photos and documents, but you can’t install apps to the SD card and use it for installing mobile applications, only media or document files.

I was able to successfully test mobile streaming from the MobileLite from 2 iPad devices without issue, both streaming a different movie in MP4 format loaded on the device.  I will say that the USB drive is slower at streaming, especially doing multiple streams than the SD Card, I had no buffering or performance issues when doing 2 streams from the SD Card slot but the USB slot seemed to have a few initial latency problems and stuttered a few times during playback.  So if you are going to stream movies or video then I would use the SD Card slot instead of the USB, especially if you were going to stream it to more than 1 device.

Where the MobileLite really shines is the fact that it is a wireless storage server for any SD and USB media that you have for mobile devices.  Unlike the Wi-Drive which requires that you plug it into your PC and transfer files over, you simply can use any SD Card or USB stick and swap them out any time you like.  So my kids who have their own USB drives can literally keep their own content and use it one at a time, or they can consolidate their content to a single SD Card and stream whatever they want that way.  The MobileLite Wireless supports iOS and Android but not the Amazon Android yet (Kindle Fire), and it actually should come with an SD Card bundled and not require you to purchase one separately, if you have only MicroSD cards you will need a MicroSD to SD Card adapter to put your MicroSD card into the MobileLite Wireless.