You don’t know how bad I want to describe and talk about the things that make this such a great Star Trek film that pays not only homage to the original series, but the original movies as well as setting it’s own path and direction.  You always go into a Star Trek movie and wonder if it will be hit or miss with the rule of every other film being weak compared to the previous, but this one stands alone and is fantastic. 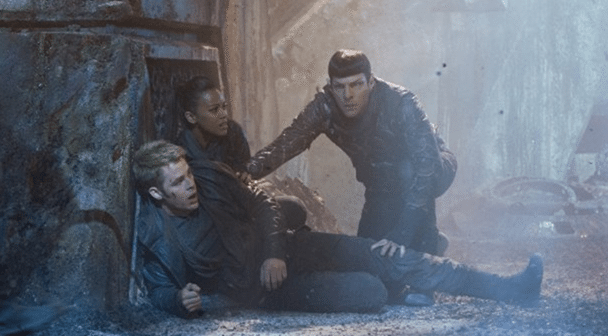 Star Trek: Into Darkness stays true to the core of developing the characters and the bonds between Kirk, Spock are at front and center.  It isn’t a spoiler if you have seen the first film, but what amazes me is the bond that Kirk and Spock forge is so strong after their considerably short time serving together compared to the bond that was established over many decades in the original series and movies. 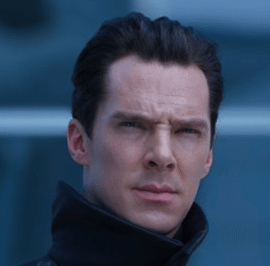 Star Trek Into Darkness did a great job of keeping a mystery even with the speculation of how it would play out, Benedict Cumberbatch does a phenomenal job as the villain and I won’t say more other than his presence in the film does it justice and he is the perfect balance.  The morality explored in the film, friendship and other elements are the drama you would expect these characters to have after serving with each other.  The fact that the film continues to focus on what Star Trek is all about and opens with what you would expect from an episode of Star Trek or Star Trek: TNG is fantastic, it actually reminded me of a similar themed Star Trek: TNG episode actually and I am sure many will recognize the similarities.

Now here is the thing, you have be open to having fun with the movie, there are some dark scenes, some light hearted scenes and even some scenes that seem to spoof the whole concept itself.  While the technology is featured and the story is surprising, I wouldn’t say it was as original as the first Star Trek reboot film, also I have already seen people who take the Star Trek timeline very seriously trash what they did with the film and the liberties and changes taken with the film.  I see the same type of feedback from people who hate how the Mandarin was portrayed in Iron Man 3 and the liberties taken there as well.  I myself enjoy a film for what it is, and was never one to be so iron clad to any timeline, mythos and if you dig you can find inconsistencies in the timeline in certain places.  I noticed them, like how some events occurred before they officially embarked on their 5 year mission that should have occurred much later on even with the time line being altered.

I didn’t however let this stop me from enjoying what I thought was an excellent and well done film.  Zachary Quinto does a fantastic job as young Spock in my opinion and captures his emotions (or lack thereof) timing perfectly.  I am curious if I was alone in enjoying Star Trek: Into Darkness and how my readers felt, did you enjoy the film, did you like or dislike the directions taken?  Feel free to share, but spare the spoiler if you can for a few days.