When I received a brand new Samsung 55″ LED TV for Christmas I was ecstatic and overjoyed, but quickly found that 3 built in HDMI ports was not nearly enough for the amount of equipment I had to plug into the TV.  Sure I could have dumbed down some of my gear to using Component Video but this would defeat the purpose.  I did a little research and took a gamble on the Kinivo 501BN Premium 5 port HDMI Switch.

This 1080p 3D capable HDMI switch basically plugs into 1 of your LCD TV’s HDMI ports and has 5 ports of it’s own that you can plug your devices into with all devices sharing the same HDMI port on the Television.  So turn 1 HDMI port in your TV into 5 HDMI ports basically. 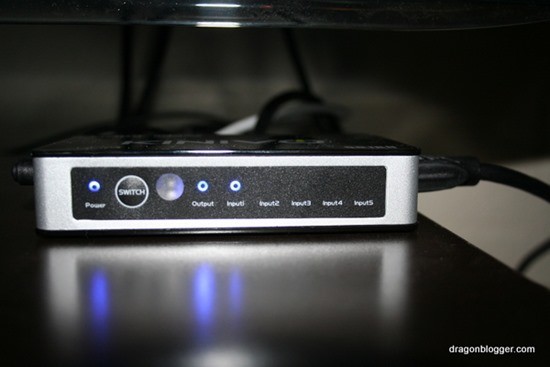 I have my Xbox 360, Nintendo Wii U, Sony Blu-Ray Player, Roku 2 XS, and Dish Network Satellite Receiver all plugged into the Kinivo 501BN HDMI Switch. 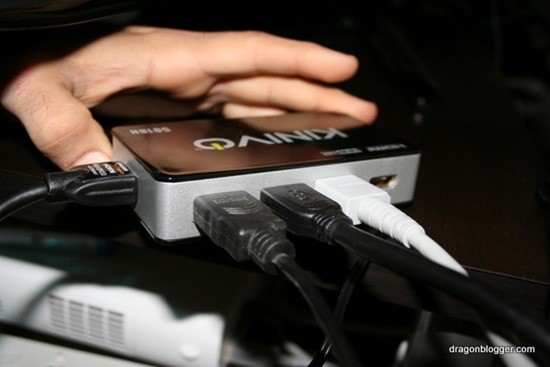 First, installing and setup is a piece of cake, simply use an HDMI cable (you need 1 for the output between the Kinovo HDMI switch and your TV) to connect your Kinovo 5 port HDMI switch to your TV.  Then simply start plugging in your HDMI devices into your Kinovo.  It helps if you know and make note of which device is plugged into which port so when you press the 1 – 5 buttons on the remote you know what you are switching to. 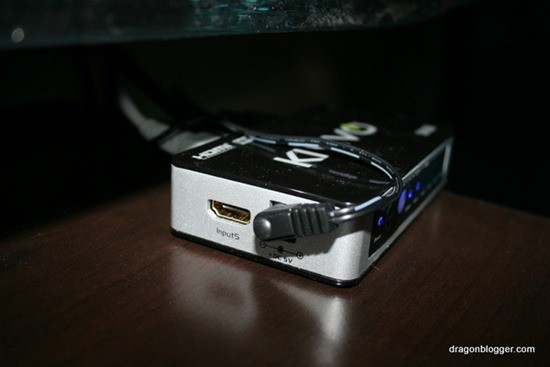 If you leave most of your electronics off except when they are in use you will love the feature that is built in to the Kinovo HDMI switch where it auto changes the port to the device you just turned on.  So when my kids play the Wii U the moment they turn it on, the port changes automatically making HDMI 3 display on the TV so they can see the Wii U.  This means in most cases you never need to even use the remote to switch to the port you want, since it auto switches back to the previous port when you shut off the device you were using when finished with it.

If you leave multiple devices on, it’s not a big deal, just press the number on the remote for the device you plugged in and it will switch over without an issue.  The Kinovo HDMI Switch has no issue with video and sound and all of my devices rely on just the HDMI connection through the Kinovo 5 port switch for both sound and video.  It supports 3D video as well but I didn’t have a 3D video player or capable TV to test and confirm this functionality.

Overall, at $39.99 being able to add 4 more (since it uses 1 for the output) HDMI ports to your LED TV is a fantastic deal and is nearly mandatory for those who have multiple video game consoles, blu-ray players and multimedia devices and is far cheaper than buying a full HDMI capable receiver if you don’t use a 5.1 surround system.