I have spent a number of hours recording voice over work with the KMAG USB Microphone which is a condenser mic with cardioid pickup pattern so it reduces background noise pick up.  This mic uses a USB 3.0 interface and has an included USB A to USB C converter so it works easily with PC or Mac OS, or a SmartPhone with an OTG function with USB-C which wasn’t specifically tested during this review.  This microphone is billed as a gaming microphone thanks to it’s 48Khz sampling rate and noise reduction tech built into it.

The microphone has a 3.5mm line in for your headset and will give latency-free sidetone so you can hear exactly how you sound without any delay in the feedback.  One thing though is your own voice will be in your ear and sound a lot louder than the mic is actually picking you up to the PC.  I found that the USB input is a little bit on the lower side, though raising the volume dial affects the input volume, I had to put the mic input settings to 90+% on the Windows Sound Settings to get it loud enough to where I was comfortable using my Streamlabs OBS or audio software to then control the gain or volume further. 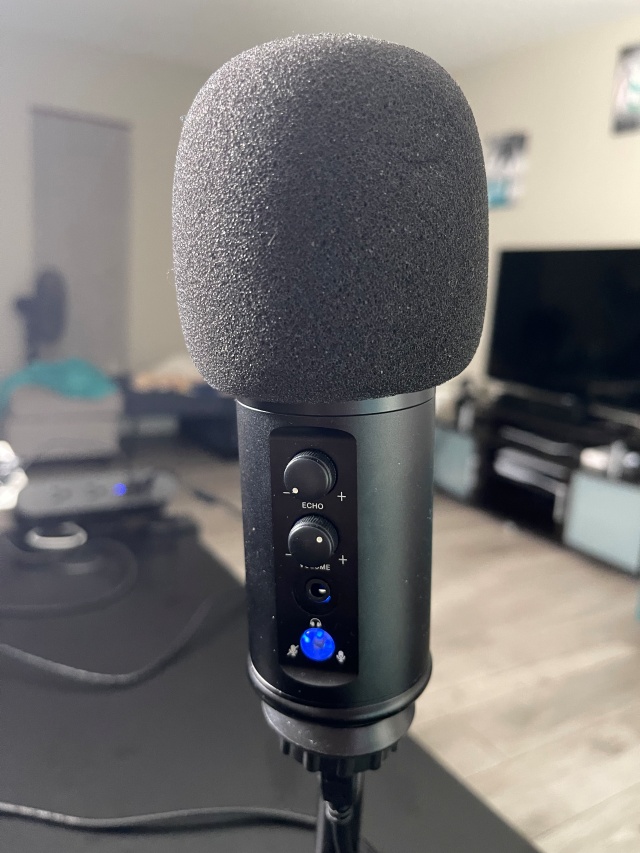 The 1 press mute button is a nice feature directly on the mic, and the mic includes a wind screen.  The mic can be stood vertically as seen in this picture below. 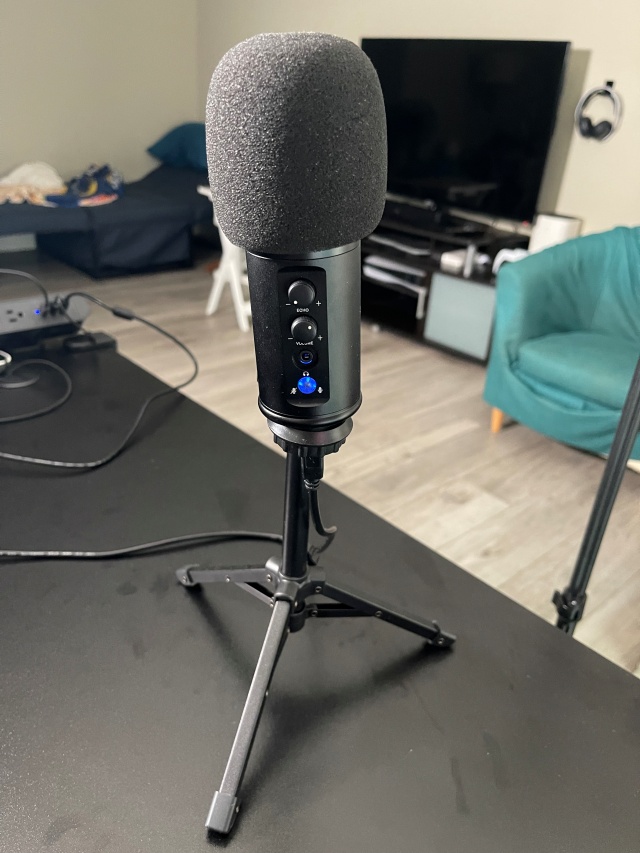 But you can also stand it horizontally as well, without affecting pickup.  Pickup distance is idea at < 12” mouth distance from microphone, it has significant pick-up loss once going past 18” so it is meant to be relatively close to your mouth while you are speaking. 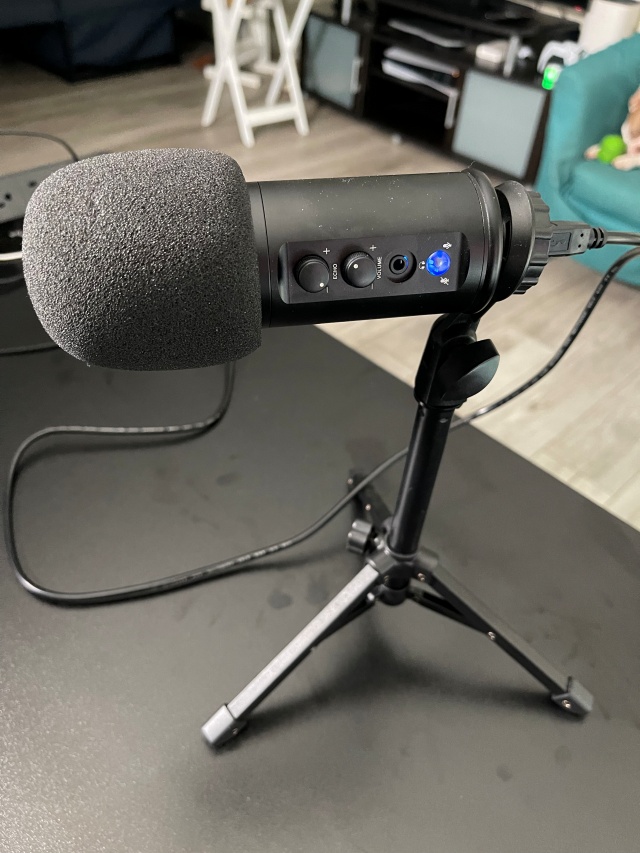 The reverb dial is not very common on USB microphones and is a cool little effect you can dial up and down to add a little pizzazz to your entertaining by revering your voice for effect.  It is the only built-in effect for the mic, but most mic’s don’t have any effect built in with a manual control. 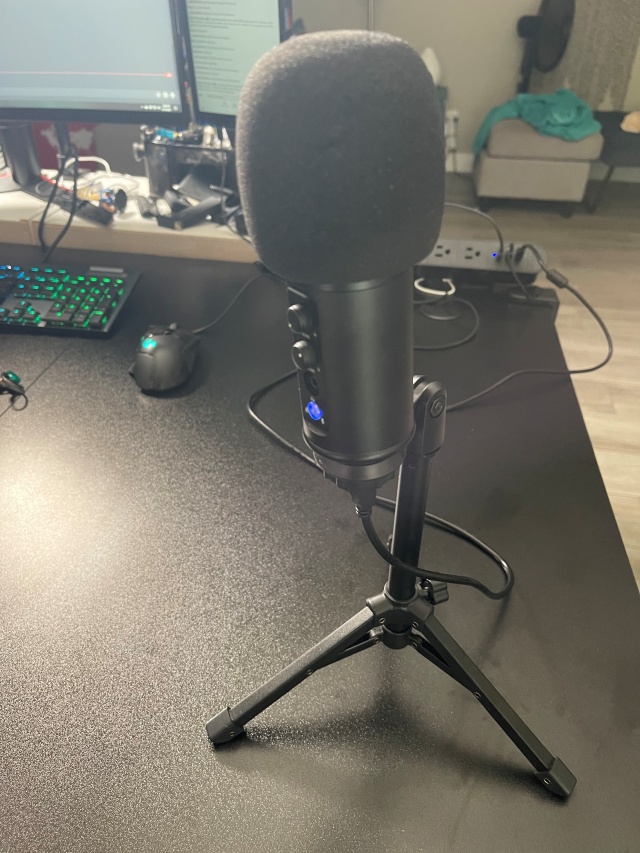 One thing to note is the tripod itself has relatively solid legs, but you have to make sure you position the mic so that it is balanced by one of the legs, or the mic is prone to easily being tipped over.  The shock mount is not as good as some other microphones in preventing bumps or taps on the desks from being picked up by the mic, the vibration can still be picked up by the mic so try to place the microphone where you won’t need to fiddle with it while you are recording live.

Other than those minor issues, I would say for the price the microphone from KMAG is a decent choice, I found it outperformed a few TONOR mic models, voice was clear and deep and I found it to be of good value for those who don’t have $100+ to spend on a USB cardioid condenser mic.

Note, you can attach this mic to a boom stand with threaded insert or another mic tripod directly.  The mic is compatible with with standard 0.82″ threaded tripod or boom stands.