Rumors are abound of an 8.9” and even a 10” Kindle Fire coming in the near future. Digitimes is reporting that an 8.9” Kindle Fire may ship in 2Q 2012 while a 10” is being rumored by PCMagazine’s website. 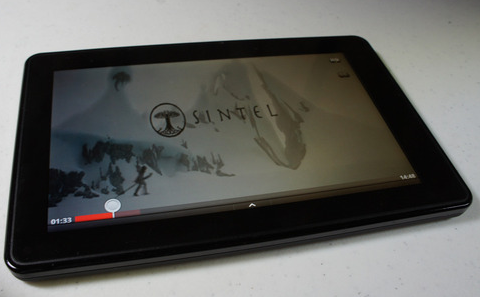 The Kindle Fire is surely a successful tablet, but is there a market for an 8.9” or 10” version of the same tablet?  My prediction is yes with conditions.

People will expect more from an 8.9” and even more from a 10” tablet, so the Kindle Fire would need to include a more robust and featured Android OS version.  A modified version of Ice Cream Sandwich could be the ticket.

I also think that a camera is a necessity as well as Bluetooth, because with a larger screen you want the option to use a Bluetooth keyboard to type messages and possibly your notes on the device.

The processing power would have to be better to handle video/camera functions as well which means Amazon couldn’t offer these increased screen size models at a loss and if they were looking at say $299 for the 8.9” and $399 for the 10” which would be reasonable they would have to make sure that for that price range users were getting better features than other tablets at the same price.

More local Storage would be needed for sure, 8GB just isn’t going to cut it on a larger tablet where the games written for the display will need more space as well as video’s since the resolution will be higher.  I can see the 8.9” getting away with 16GB local but the 10” would need to have 16GB minimum and optionally 32GB or higher. 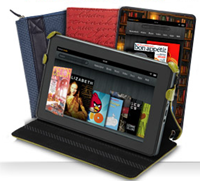 Would Amazon be able to make 3G or 4G versions of the Kindle Fire even one that uses it’s own free 3G network that the Kindle Touch 3G uses?  I could see them getting $349 for the 8.9” tablet if it came with free 3G service which saves a user all the cost of a cell phone network plan for their tablet.

Bottom Line is that people will expect far more features from a larger Kindle Fire and people will want them if they are going to pay a higher premium.  There are still far too few apps in the Amazon Android app store for the Kindle Fire to give it a run up against the iTunes app store.  If they want the 8.9” and 10” Kindle Fires to really succeed they will have to entice application developers to start putting big name apps apps in the Amazon Android app store and support the next gen Kindle Fire’s.

Also, Amazon is still pretty much handicapping it’s audience by limiting the Kindle Fire and the Amazon Android App store to U.S. only, they should expand and offer it to International Amazon stores.

What about my readers, do you think that Amazon will be able to come up with a viable competitor to the Samsung 8.9” tablet or the iPad/Asus EEE Transformer?  Or is Amazon going to realize that their niche with 7” tablet was their strongest market?