The January Kindle Fire Giveaway contest ended up with 8390 entries, and the winner was Geoff Kaufman. Here was the winning entry: 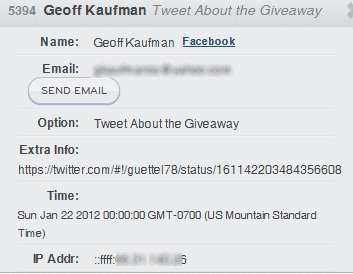 This was the 3rd Kindle Fire given away by DragonBlogger.com and is by no means going to be the last.  We are already hosting a Video Game Giveaway where you get to pick the game of your choice for any console and will be having more giveaways in the upcoming weeks and months including a PlayStation 3 Giveaway sometime in the spring. 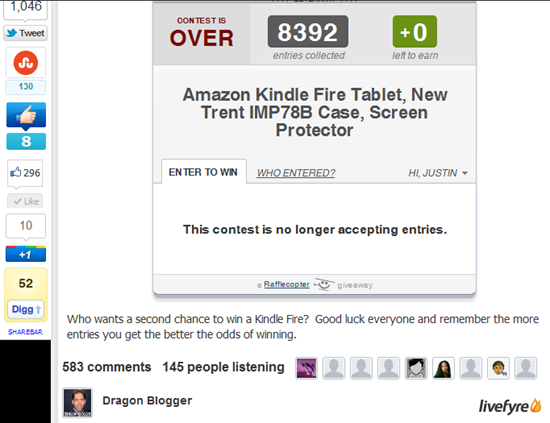 Also, my DragonBloggerTech Facebook Fanpage has gained over 1400+ entries in the last two months from my contests which is more fans than it received for the whole previous 2 years combined! 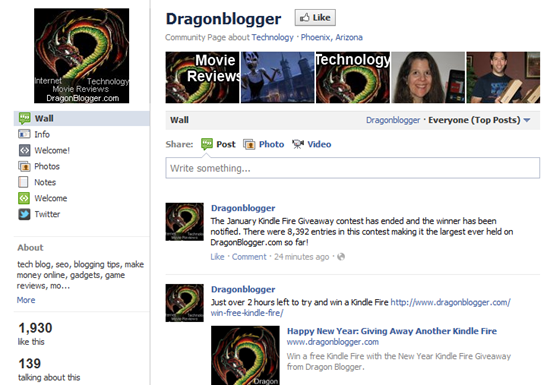 It is actually only in the past few months that I realized the power of a good giveaway on a blog, and by netting a few sponsors I was able to really pay very little out of pocket and reap in a huge amount of following/comments and raise awareness about the blog and to my sponsors.  My sponsors all came out with over 550+ fans/followers for their own social networks out of this contest alone, more than 3,000 follows/fans in the past 2 contests were to sponsors fan pages.

This contest would not have been possible without Rafflecopter which tracks every Tweet, Like, Share and entry and allows for a random drawing for the winner.  It would have been an administrative nightmare to try and sort 8,390 entries manually and try to track them all down.

Congrats to Geoff for winning the Kindle Fire Giveaway, and there were so many participants who really wanted to win and deserved to win.  I will be holding more contests and hopefully readers will re-enter and try their luck again.