A supposed leaked document shows AMD’s plans for 2013 through 2015. Sources are unclear of this roadmap’s origin and if it was truly “leaked” from AMD but it does draw some interest. Could this roadmap signify the end of the FX chip? Is it still needed in this day and age? 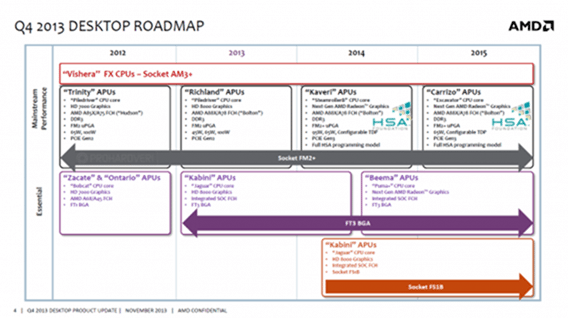 Days later AMD debunks to rumor stating that the FX series is here to stay along with its platform. 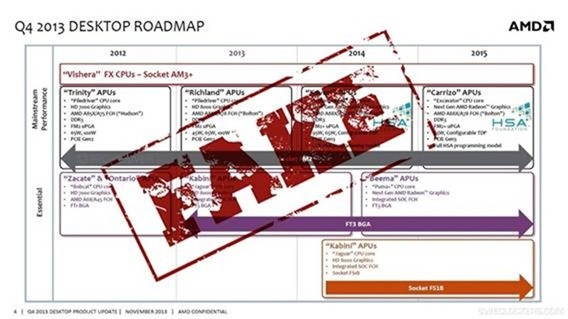 Updated roadmap and official word from AMD Manager of APU/CPU Product Reviews James Prior shows that the FX series CPU will be here throughout the foreseeable future (at least 2014). Thankfully he stated that he had never seen the previous slide, it was not real and the FX series is not end-of-life. 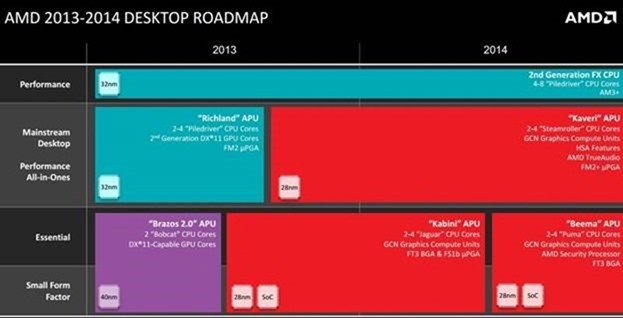 He went on to say that AMD will not stop manufacturing the AM3+ boards or AMD FX processors but they will focus on areas where they see growth. AMD’s Kaveri line, the APU segment will see the most growth as this is where the market is shifting towards. The future of AMD will be in parallelization and CPU/GPU performance, but those that love the FX series can for now breath a sigh of relief that their beloved FX is here to fight another day.