The Logitech G700s Rechargeable Gaming mouse combines the best of both worlds by not only being used as either a wireless mouse, but you can plugin in the USB cable which not only charges it but allows you to use it as a wired USB mouse as well.  I didn’t notice any performance difference between being wired and wireless however, but some gaming enthusiasts prefer the barely perceptible performance benefit of having your mouse hard wired rather than the tiny latency you get from being wireless and this mouse gives you the option to do both.

Check out my video review! 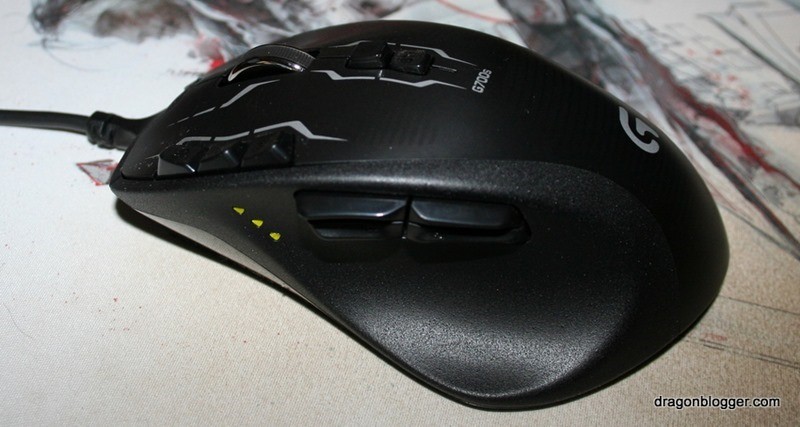 The Logitech G700s has an incredible 13 programmable buttons included in those are 4 thumb buttons which are positioned so well and so easy to use that they immediately were assigned to my F1 – F4 keys in Guild Wars 2.  You can do macro records and have complex key combos or movements played back via a single button click and the scroll wheel itself is 3 button clicks being able to be pressed, or tilted left or right to serve as additional click options. 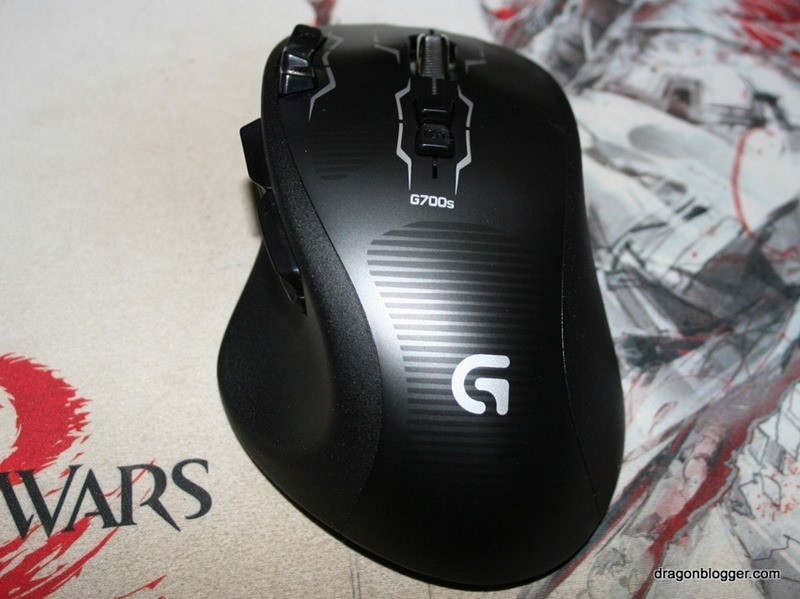 The G700s has a much more comfortable feel than the G500 series to me, though they still use that plastic textured finish at the thumb area and side of the mouse which didn’t quite feel as pleasant as the rubber thumb area on the Anker Precision Gaming mouse.

The 4 thumb buttons and position of the buttons are the best out of any mouse though and do beat out the 3 thumb buttons on the Anker Precision Gaming mouse.  The other odd thing about the Logitech G700s is that it doesn’t have customizable weights like some other gaming mice have, though the default weight is not too light and not too heavy. 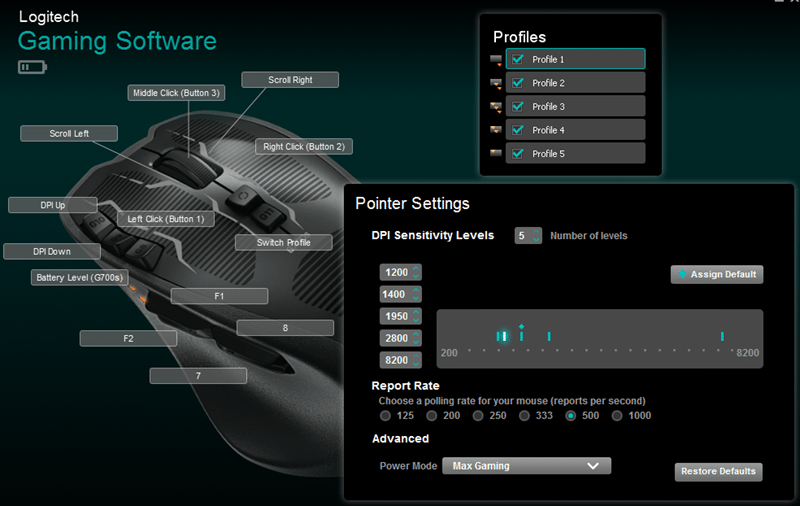 The Logitech software which you can download and install to manage your mouse settings allows you to configure not only all of the buttons, set macros and such but allows you to set custom DPI profiles for each of the 5 DPI profile settings from 200 to 8200DPI as well as you can save up to 5 gaming profiles so that all of your buttons and configurations can be set and saved for your favorite 5 games or applications and you can easily just load the profile you want before starting the game you are playing.

The Logitech G700s comes with a rechargeable double A battery inside it and the charge holds up fairly well I only have to plug it into the USB cable every 4 days or so of constant use, I did find I get better battery life out of a higher quality rechargeable double A but the difference was only by an extra day or so of usage on the battery between recharges.  Of course I spent several days using the Logitech G700s wireless and another several days using it tethered the entire time and either way the mouse works very well and had no issues with it.

My own preference is toward wireless as I can not worry about that cable cluttering up my desk area with all the other cables between the mouse pad and my USB 3.0 port but it didn’t really make much of a difference.  Right now, out of all the mice that I have reviewed in the past year the Logitech G700s Rechargeable Gaming mouse is my favorite mouse tested and I have made this my day to day mouse that I use constantly.  Who knows if and when another company will send me a gaming mouse that will top the Logitech G700s in features and performance?

Logitech G700s is all performance and usage, it isn’t the coolest looking mouse I have reviewed it doesn’t have customizable LED lights or pulsing lights like some of the other mice that I have reviewed which have great aesthetics but don’t affect actual performance of the mouse.  The G700s is also a fairly large mouse and meant for larger hands, it was way to big for my kids hands and if you have smaller hands you may want a gaming mouse that is smaller in size.