The following are the top ten best games of all time according to Matt from The Streamer Guide.  As an avid video gamer i have seen the best in all games. These are just my favorites of all time.

Rocket League is undeniably simple at its core; just two goals, six cars, an arena, and the rest is up to the players. Yet it manages to overcome this through exceedingly precise mechanics, and a viciously competitive nature. This game is the epitome of easy to play, but painstakingly difficult to master. It’s possible for anyone to jump into the game and have an absolute blast; the objective is obvious, and the controls are intuitive. However, after playing for a couple of hours, it’ll be clear that the skill ceiling is one of the highest out there. One can spend hundreds of hours practising, and still be only a fraction as good as the best. To bolster this, Rocket League has one of the most accessible esports scenes out there, and can be a thrilling spectator sport even for non-gamers. This style of game is indisputably addictive, and Rocket League’s continuing popularity since 2015 proves this. 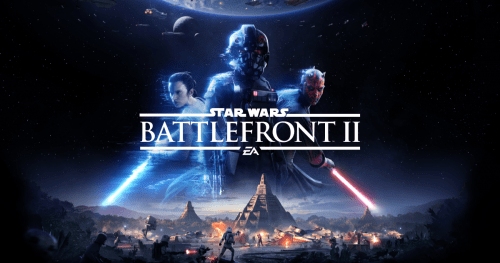 Star Wars games are famously hit and miss, ranging from broken messes to some of the very best video games. Out of them all, Star Wars Battlefront 2 (2005) has to be the jewel in the crown. It takes the most famous fights of the star wars universe, and directly translates them to a super authentic battle simulator. Everything in this game, from the maps, sounds, and voice acting, to the character models and weaponry, is dripping with attention to detail. When this is paired with a polished combat system, the feeling that you’re right in the heart of the Star Wars universe is hard to shake. Luckily, on PC, the multiplayer is still thriving to this day, and is a great deal of fun to play with some friends. 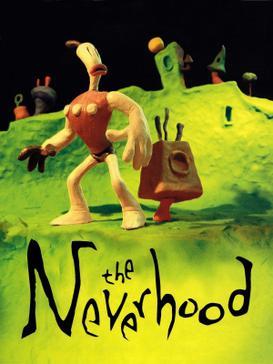 This cult classic is a stunning example of intriguing world design, and it demonstrates how gameplay and mechanics aren’t always the most vital ingredients for an engaging experience. The Neverhood is a point and click adventure game; a genre which went out of style over two decades ago, and by this point seems entirely antiquated. Unlike others, however, this game has stood the test of time thanks to it being entirely created in claymation, and therefore avoiding any poorly aged graphics. As well as this, the art style is one of the most unique out there; when starting the game, one is quickly and mercilessly submerged into an infinitely strange world. The story it weaves is instantly enthralling, and keeps you enchanted throughout with an onslaught of endearing and hilarious moments, all accompanied by an equally weird soundtrack.. Despite being a point and click puzzler at its core, it’s hard to tear yourself away from the world of The Neverhood until you’ve uncovered all its secrets.

PlayerUnknown’s Battlegrounds was the first battle royale game to hit the mainstream, and it has kept its spot there ever since. This is a remarkable feat in itself, as many have tried to take its spot (including a hoard of triple A developers), but most have failed. The battle royale style which this game pioneered is a simple but endlessly fun one, and this is agreed on by many, as the game has spent much of its life at the very top of the steam leaderboard. Playing with friends is what really shows its strengths; with the right people, it’ll be a tense, nervey, but overall hilarious bout of teamwork. The developers have helped to spur this game on, too. Since its launch back in 2016, there have been constant updates, improving it mechanically, but also adding wave after wave of content. With new maps, weapons, and vehicles, PlayerUnknown’s Battlegrounds continues to become a more complete game. 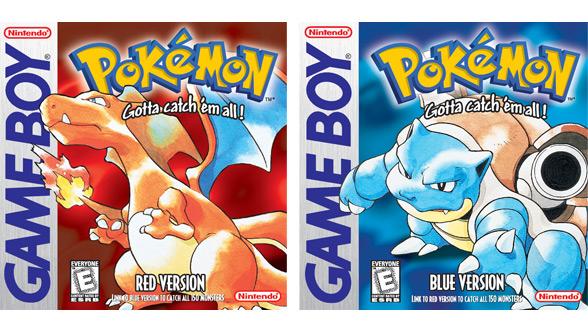 One of the early pokemon games would likely feature on the top 10 games list of anyone born in the late 80s or 90s. They are held close to the heart for many gamers, as it was the first ever virtual world they explored. And what a fantastic world to explore it is; the sheer vibrancy and imagination it holds set a high bar for decades to come, and this means that it traverses time effortlessly. With 150 pokemon to collect and form a roster out of, each with a large selection of intriguing abilities, the personalisation of the game is what makes it stand out. Everyone has their favorite pokemon who they named and took the whole way through the game, and this sort of experience is exactly what makes the game special. 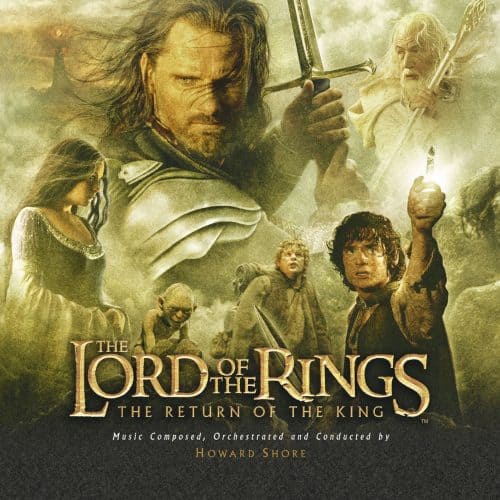 During the 2000s, it was rare to see a blockbuster film without a videogame to accompany it. This has gone out of fashion since, and perhaps that’s for the best, because apart from a precious few they were mostly lifeless cash-grabs. Luckily, The finale to Peter Jackson’s trilogy was accompanied by a video game of equal quality. At the heart of The Return of the King lies one of the most polished combat systems of any 2000s hack and slash game. When slicing through orcs and uruk-hai, every single sword impact gives a physical thump, and feels undeniably satisfying. As well as this, each character has an array of unlockable moves and abilities, which are fun to learn and so rewarding to master. The cherry on top of The Return of the King is its local co op system. Playing through all the famous battles with another LOTR fan poses one of the funnest local co-op experiences of all time. 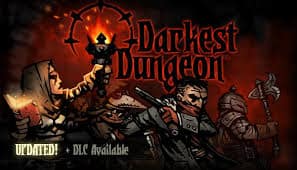 Darkest Dungeon offers the ultimate brutal challenge which can only be appreciated by the more masochistic gamer. It takes unforgiveness to a whole new level, challenging the player with permanent losses, complex mechanics, and a constantly overwhelming stream of enemies. Once this inaccessibility is conquered, however, a truly polished and unique game can be found. The sheer intricacy of the game’s mechanics are what makes it great. With 17 different heroes to choose from, each with tens of customisable abilities, and a variety of upgrade trees, creating an effective team of 4 to fight with is a deceptively tricky matter. It’s also an unbelievably satisfying matter once you get it right; after hours of toiling and failing in the labyrinths of Darkest Dungeon, creating a team that works and defeating a horrifying boss is one of the best challenges video games can offer.  Plus it doesn’t need a high end gaming PC to enjoy as it is light on on your GPU.

The third Witcher game is quintessentially the most complete open-world RPG game to date. It features one of the largest maps gaming has ever seen, complete with gorgeous scenery that you’ll never tire of, and detailed with graphics that are still some of the best, even in 2020. Unlike other open world games, this map is thoroughly packed with intriguing NPCs, caverns to delve, mysteries to solve, and of course a plethora of monsters to slay. As well as this, the character customisation is wonderfully elaborate, giving you opportunity to customise the way you fight with Geralt. It also includes a seemingly endless number of swords, armor sets, potions, and gadgets to loot and/or craft. The combat system is mechanically phenomenal too, and means that you’ll never get tired of employing the various types of gear you come across. To top it off, the story and characters in The Witcher 3 are undoubtedly fantastic; so good that a TV show was recently made out of them. 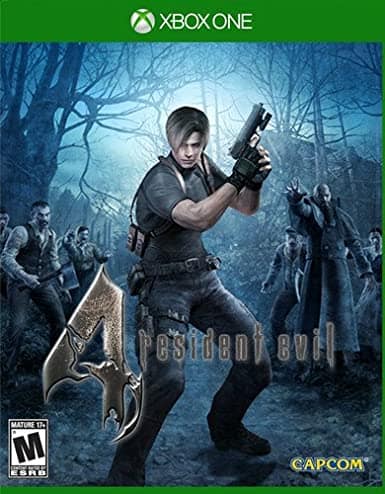 Resident Evil 4 offers pure excitement from start to finish, and that’s something truly special when the game’s considerable length is taken into account. From the get go, the player is thrusted into an eerily claustrophobic atmosphere, which sets the tone for the first part of the game. It develops quickly, however, becoming more and more ridiculous, and eventually revealing its preposterously cheesy self. This unusual balance between horror, absurdity, and cheesy action is one of the things which makes this game so relentlessly fun. It has it all: zombie hoards, a slapstick evil villain, a girl to save, and a hunk of a hero. In addition to this, the game features a wide range of weapons to try and upgrade, giving you a seemingly unlimited way to tear through zombies, all of which are fun to try. The fact that this game has been released on almost every platform since 2005 shows how timeless it is. 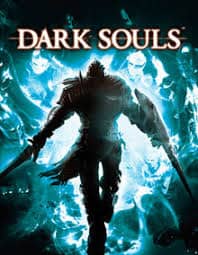 Dark souls isn’t a perfect game; it has a few bugs and optimisation issues, and arguably has some problems with pacing and difficulty too. However, it’s something that’s hard to put your finger on that makes it possibly the most exhilarating game of all time. It’s in the tone of the game; the feeling you get whilst exploring its many labyrinths and secrets. It’s as though the Dark Souls world has existed for thousands of years before you even pick up the controller. It feels ancient. Aside from this, the game boasts one of the most elegant combat systems of all time; it is painfully precise, and has almost limitless depth. The game strikes a difficulty which can be described as firm but fair. When you die (which will be a lot), you’ll always know the reason for it, and you’ll always come away a slightly better player. Dark Souls teaches patience, resilience, and there’s something great about that. The fact that a whole genre has spawned from this title (soulslikes) truly shows just how influential it has been.