If you haven’t heard about Minecraft you either don’t have kids or don’t play games, this game is an obsession among my own kids who are 6 and 9 and especially my youngest one.  Minecraft just reached a huge milestone selling 8+ million copies of Minecraft on the Xbox 360 version of the game, and this is with the 11.7 million total people who are listed as having bought the game on the PC.  The PC version of Minecraft lists an average of nearly 14,000+ people are buying the game every day! 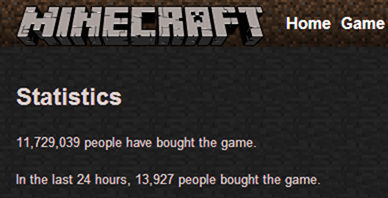 The ironic thing is the Xbox 360 version of Minecraft even with Update 12 about to release is very much behind in terms of features compared to the PC Platform version but it doesn’t stop there.  It does however have the local co-op split screen up to 4 people at the same time can play and sit down together which would require you to buy 4 copies of the same game for 4 PC’s in your house to accomplish the same thing.

My kids own a copy of Minecraft for their Xbox 360, PC’s and both Kindle Fires, which means I bought this game several times over for many platforms.  The concept of constantly building, exploring, building, exploring and creating their own little adventures, goals and quests is really why many people refer to this game as Minecrack. 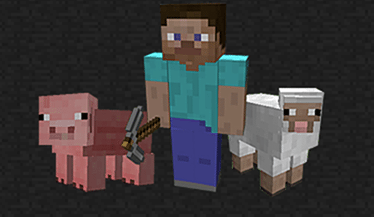 A game so popular it gets it’s own convention now in it’s 3rd year called Minecon where tickets which sell for $150 are all sold out.  It is being hosted in Orlando, Florida this year.  I play Minecraft weekly with my kids, but it is more because I enjoy playing with them than my own love for the game.  I respect and am in awe by the creators who can spend hundreds of hours crafting an exact replica of favorite movies, worlds, cities and whatnot, or the developers who create mods to enhance the game with new mobs (creatures), items and more.  The many plethora of online servers you can join and do PVP via Hunger Games style, or team vs team style.  They even have a Super Smash Bros copy called Super Craft Bros Brawl that has a brilliant system where you can unlock characters by gaining wins and cashing in those wins to unlock those new characters which have new abilities.

YouTube has endless videos about Minecraft both gameplay and cinematic quality animations set in some creators fantastical Minecraft universe.  There are RPG like story adventures like Herobrines Return or Wrath of the Fallen among many more.  There is even a recreation of Super Mario Galaxy map and texture pack for the Minecraft PC version. 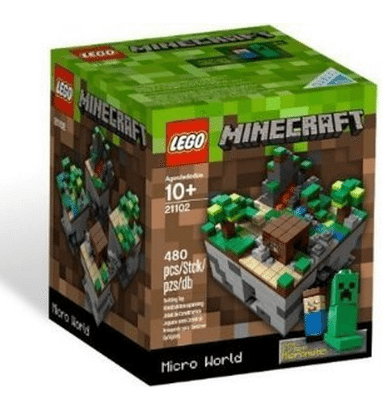 Heck you can even get your own Lego Minecraft set and start building your own Lego creation complete with a Steve and a Creeper.  Minecraft will of course be coming out for the Xbox One console as well, though I don’t imagine it will be using any of the graphics power and simply be available because kids gotta have it!

How prevalent is Minecraft in your household?