Noise canceling headphones are a great option for anyone who works in noisy environments. When Mixcder reached out to have their E9 model reviewed, I was happy to give it a try. I tested out their MS301 in 2017 and I still use them two years later, so I was excited to see how this headset would compare. Overall, the sound on these is pretty good, and the noise canceling option is solid for anyone who works in a loud environment. 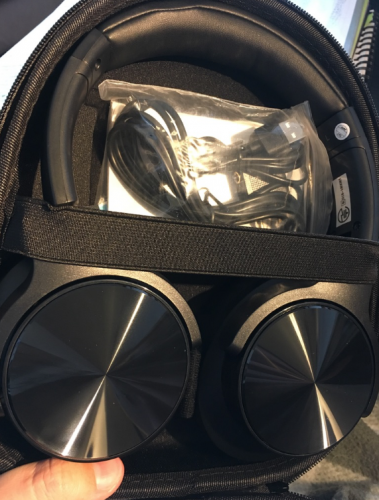 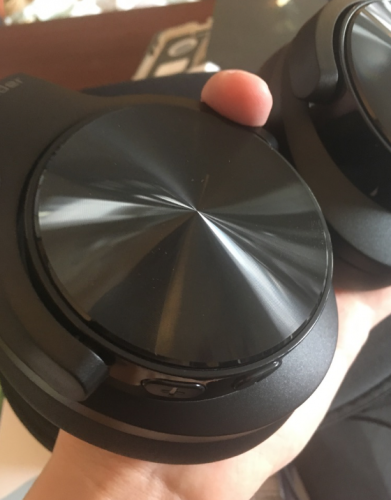 The sound for the Mixcder E9 is pretty good. The bass isn’t as booming as I like on a headset, and it’s reduced a little bit when the noise canceling is on. However, outside of the bass, the sound is incredibly sharp. It has dual 40mm large-aperture drivers to give you a good sound. It has active noise canceling (ANC) installed, but it didn’t completely clock out sound until I was listening to something louder. There is built-in frequency range EQ adjustments so it doesn’t have such a strong noise cancellation feel on your ear. 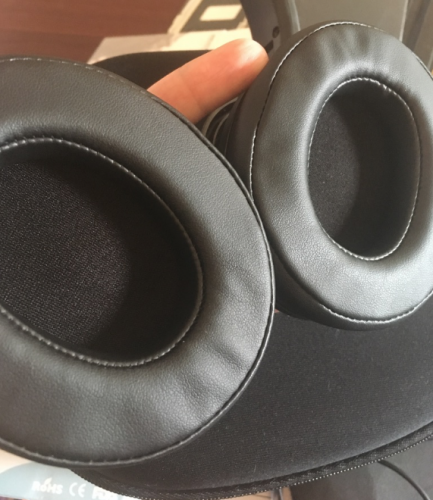 Comfort of the Mixcder E9

The Mixcder E9 is lightweight and comfortable. It’s a little tight around the head, but that gives it the ability to suction completely around my ear, making the noise cancellation even better. The cups suction so well that sometimes your ears will get warm over an extended amount of time. 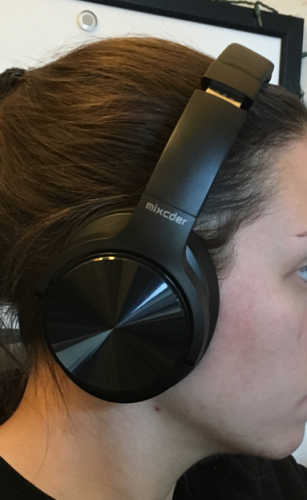 The battery on the E9 headphones lasts for about 30 hours. The ANC with only the 3.5mm jack will last for three days, which is a great option. As soon as I turn these headphones on, they connect to my phone within two seconds. If the battery dies, thankfully these headphones come with a 3.5mm headphone jack to connect. The cord is about 4 feet long, which is really nice for getting things done because a lot of them tend to be too short.

I loved that the E9 headphones include a carrying case. I often go to work in other places such as coffee shops and I love to bring good headphones with me. The case is not a complete hard case, but it’s pretty stiff so they should stay safe on the go. It also has a built-in microphone that works well for calls. There is also an airplane adapter included so you can use it on a plane for any trip.