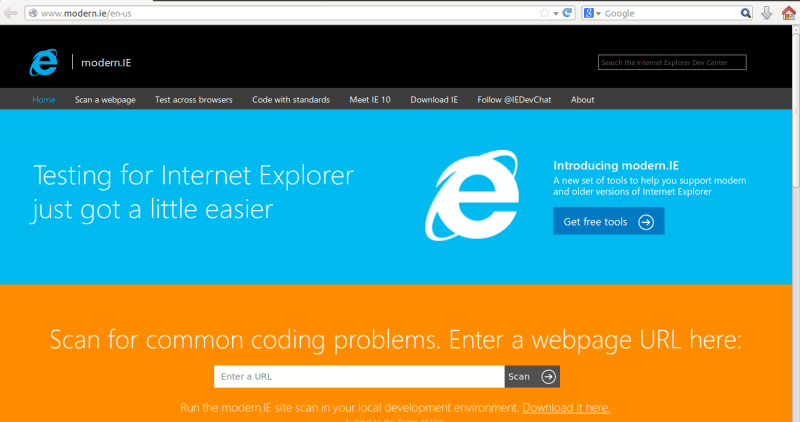 As a web designer, one of the most annoying parts of designing a website is cross-browser testing to make sure the site functions and/or looks proper on all browsers. The reason this causes so many headaches is that many designers like myself choose to use either a Mac or Linux computer, so we don’t have easy access to Internet Explorer – Microsoft’s web browser made specifically for Windows computers.

Up until March 13, 2013, I used a service called Adobe Browser Lab to test my websites to see how they behaved on Internet Explorer. Adobe has since closed their Browser Lab service, so I needed an alternative… I tried the few that Adobe recommended trying: Cross Browser Testing and Mogotest, but neither were as good as Browser Lab once was simply because they aren’t free. The cheaper of the two, Cross Browser Testing, is $30 a month at the least which is very expensive for a program that just tests websites. If I paid for that service for just 10 months I would have spent $300 which is the price of a cheap Windows laptop that I could’ve bought to use for testing instead. The prices are just too expensive to justify making the business expense.

The other day, I saw a Google AdSense banner on a website I was viewing that was advertising a new service from Microsoft called modern.IE. I didn’t really understand the name at first, but once I thought about it, they were trying to get a name that would agree with the .ie domain name extension from Ireland that could also stand for Internet Explorer.

Basically, the idea behind modern.IE is simple: it’s a free service that tests for coding errors, tests websites across multiple browsers, and suggests changes you can make to your code to make things more cross-browser-friendly… Essentially, it’s the best cross browser testing tool for web developers.

The website scanner tool offered by modern.IE will scan any website that’s live on the Internet simply by entering the URL into a box. I decided to scan the website of a local college, www.nwfsc.edu, and here’s the results: 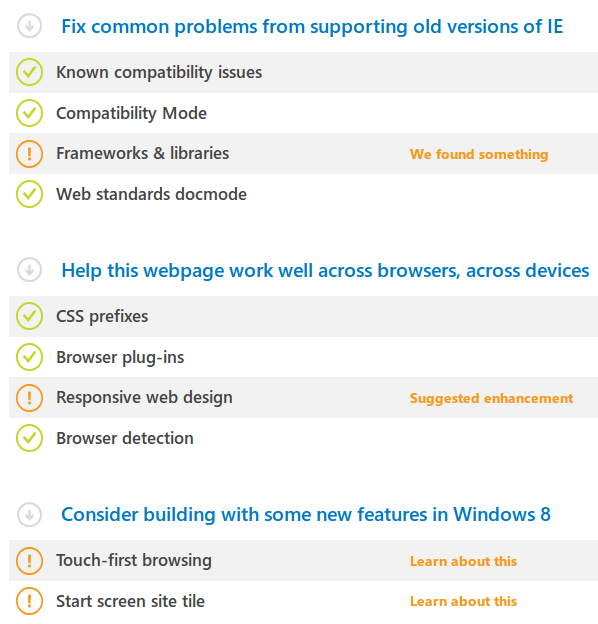 According to the results, the Northwest Florida State College website has issues with frameworks and libraries, responsive web design, and touch-first browsing and they also lack a start screen site tile. Just being familiar with the website, I know they don’t have a responsive design at all because it doesn’t change when I view it on my smartphone. I also know that the last two issues can most likely be ignored in most cases because they’re features only found in Windows 8 that not many people use. However, the frameworks and libraries issue could lead to problems with older versions of Internet Explorer, so I decided to see what modern.IE found: 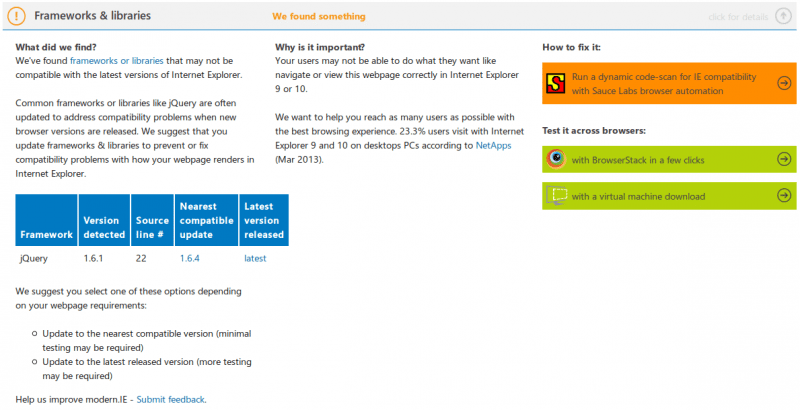 What’s awesome about modern.IE is it not only shows you the errors on the website, but it tells you why you should fix them and gives the option to run a dynamic code-scan to show you exactly how to fix the error.

Overall, I found Microsoft’s scanner tool to be extremely helpful. If you’re just starting out with new technologies (such as converting your website from Adobe Flash to HTML5) or learning web design from the very beginning (basic HTML, CSS, and JavaScript), this scanner tool will be very helpful.