I know the Moto 360 isn’t a brand new Smartwatch, it released in Spring of 2014 making it old by latest technology standards, but there is a reason why this watch has a 4 star rating with over 1990+ reviews on Amazon and that is that it is simply elegant and functional.

Once you get the watch, you have to configure and update it which is a snap, note this watch is only compatible with Android phones and unlike some Smartwatches it cannot be used with iPhones at all.  The watch has all of the functionality you would want including access to reading email, fitness tracking, hundreds of custom watch faces with all sorts of functionality, displaying weather, apps, games and more.  The fact that it has an Android OS on the watch and you can install and actually run apps and games on the watch itself is something most budget Smartwatches can’t do. 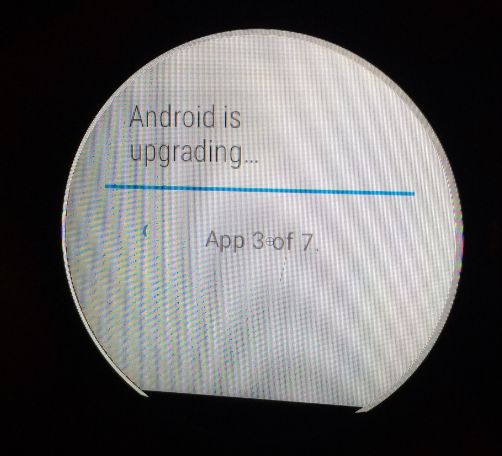 My son played a few really neat games on the Moto 360 though as you can imagine it is just a small round watch and there is only so many things you can do on such a small surface screen.  The round display is really nice, the display is high quality and most importantly is extremely responsive to your touch gestures.  It effortlessly flicks and glides up, down, left and right and there is no lag or response issues at all.  It is well powered, though I will say that the battery life on the watch was a bit disappointing for it costing between $150 and $200 depending on the color and wrist band you get with it. 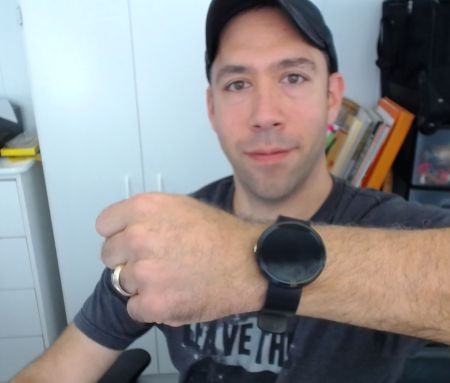 This Moto 360 was purchased by me and was a Birthday present to my 12 year old son, who uses it daily and every single day.  The watch ends the night fully charged and sits on a magnetic charging stand which is nice, no need to plug it into anything you simply drop it on the stand (which is plugged in) and it charges, showing you that it is charging, it also can double as a clock at night while charging. 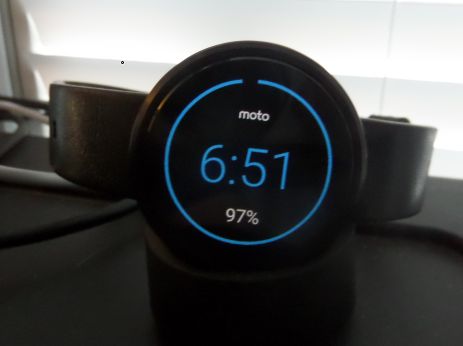 It pairs with your phone and depends on your phone for a lot of features, unlike some other watches this watch cannot take a SIM card and function as a stand alone phone.  In fact, it can read text messages, show whose calling when a call comes in and you can speak to the watch to ask questions for Google or get information, dial calls but the watch itself has no speaker so you cannot listen to calls on the watch or talk to the watch as you can with some other smartwatches.  No speakerphone on your wrist functionality with the Moto 360, which is just fine in most cases, but it is something my other son’s $80 Smartwatch can do, but the Moto 360 can’t which costs twice as much (though the touch screen responsiveness, apps and games of the Moto 360 blow away the other watch in functionality). 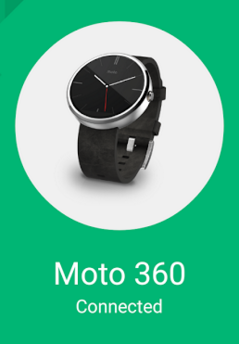 Any music app that supports Android Wear will let you control the music from your watch, what this means is that you can change tracks, pause with your watch without having to pull out your phone while working out or running.  This is perfect when you have a phone on a belt clip, earbuds in your ear and are running or at a gym, as you can just look at your wrist and change tracks on the fly.  It also has a bevy of other apps which I found most useful for my son including a calendar app with reminders and alerts for appointments.  He loved getting some customized watch faces and you can use your Google Play store and credit to get free apps or paid apps.  You can use Android Wear, or the Motorola Connect app in Google Play store to change watch faces or find and install apps and games.  Tic-Tac-Toe was one played on the watch between my son and his brother out in public one day, where they played on the watch together to pass the time for example. 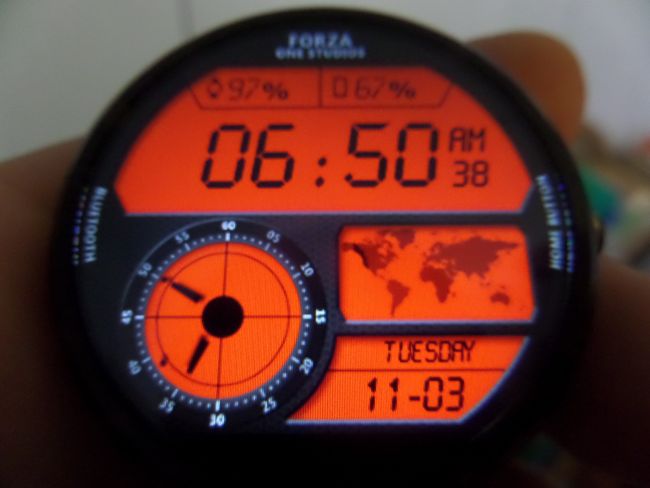 If you are looking for an elegant Smartwatch that pairs well with Android phones and is stylish plus gives you a ton of features and apps at your disposal with some amazing watch faces, this one is the watch that I know 2 people who have it and absolutely love it.  The Moto 360 gets a 4 star review in my book, as it could have added a speaker for conference calling/speakerphone functionality from the watch (you can get vibrations when receiving calls but not much in the way of audio).