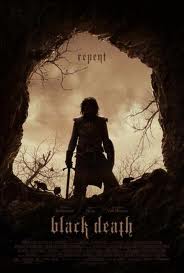 Black Death (2010) is a Medieval horror/action film directed by Christopher Smith, and written by Dario Poloni. The film stars Sean Bean (Lord of the Rings (Fellowship, Return of the King), Game of Thrones), Eddie Redmayne (The Good Shepherd, The Other Boleyn Girl), Carice van Houten (Valkyrie, Repo Men), and David Warner (Tron (1982), Titanic) in a film set during the first outbreak of the bubonic plague in England, and a team of Holy warriors are told to find out if necromancy was the cause.

In 14th Century Europe, the plague— also known as the “Black Death”—spread rapidly across Europe, killing nearly 60% of the population at the time, and was one of the most devastating pandemic in the history of mankind. It was also during that time that the widespread alleged causes for the plague began; economic hardships, political upheavals, and religious fanatics were just as, or even more deadly, than the than the plague itself. 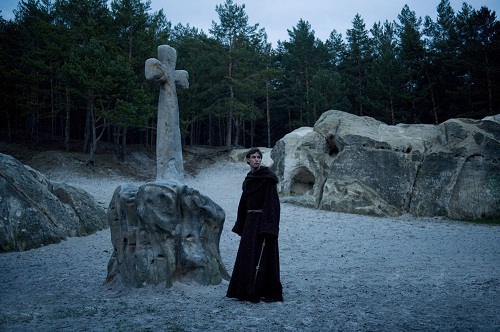 Black Death’s director Christopher Smith definitely offers movie viewers something different in this medieval “action” horror film. It transports you into the gritty, dirty, and plagued  13th century world. Not only did this film amplify historical realism—the horrors and fears during those times— it created a believable scenario of just what could happen when religion and God are the extreme motivators for the brutal slaughter of innocents, where non-believers were thought to have been the cause of mankind’s misfortunes.

Osmund (Redmayne) is a young monk in love. In order to save his love from the plague, he sends her away to her village, in order to save her. She tries to encourage him to come with her, but he refuses, as he did not want to abandon the church—that is, unless he receives a sign from God. Well, his sign from God came in a band of seven men, led by Ulric (Bean), who wanted to find a holy man who would lead them to this “safe haven.” This village seemed to be “immune” to the devastation sweeping across Europe.  Although given warning in reference towards taking the men to the village, the young monk volunteers immediately. He saw it as his only chance to be with the woman he loved. 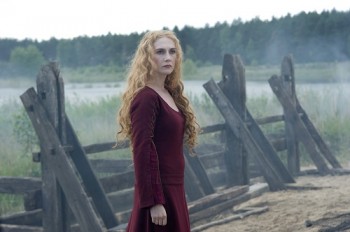 The monk soon realizes Ulric’s true intentions—as his claim to find a safe haven changes. He and his men are Hell- bent on finding a necromancer, supposedly inhabiting this village because the people of this village, renounce God.  So according to the church, they are the pestilence and they must all die—in the name of God.

Upon arriving to the village, the men are unsettled, as they feel witchcraft is at work. The villagers, naturally, are suspicious of them. The beautiful Langiva (Houten), is the leader of the small village, and greets them. Now here is where the true power of the screenplay reveals itself. There is so much tension, spawning from apocalyptic superstition—that the dramatic fundamentalism was the wrath brought upon this village. However, the tale does not end here—but I would not want to spoil it with going into further detail. 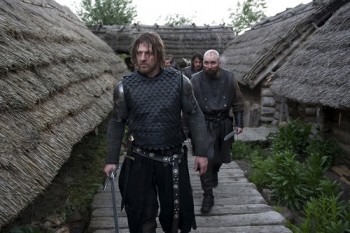 If you are thinking that this may be one of those Russell Crowe type flicks—where after a terrible battle, they come out in the end as if they went to the dry cleaners—you’re wrong. I am a huge fan of medieval action films, and I was looking for every flaw in the acting and story for believability. For instance, perfect teeth.

Have you ever noticed that you if are watching a film portrayal from medieval times, and strangely, everyone has fantastic dental work? Even after watching one of the more gruesome battles in the film, I surveyed everyone to see if they miraculously were “cleaned up,” and I saw none of this. The film is not pretty. Our young monk will not turn into a knight in shining armor, as per the Hollywood capita, and the film is better, grainy, and brutal—just as a medieval action film should be.  It was a cinematographic marvel to watch, down to the very last buttoned detail.

I know; I may sound a little carried away—but the film is just that good. The story does seem to prowl along slowly in the beginning, but what you see—overall—may cause you to be unaware of it. You will, as I have, appreciate every moment of screen time.

You may want to shower after watching it, though. Seriously.