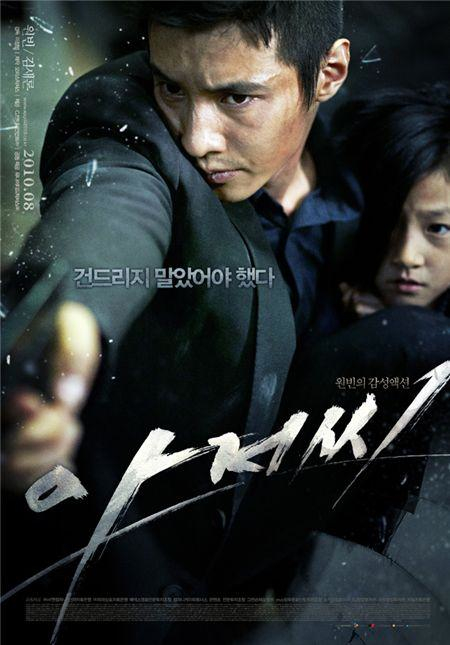 The Man From Nowhere (2010) is a film written and directed by Jeong-beom Lee and stars Bin Won (Mother, Tae Guk Gi), Sae-ron Kim (A Brand New Life), and Hyo-seo Kim (Nonseutob), in a film about a pawnshop broker with had a violent past who takes on a drug and organ trafficking gang, in the hope of saving the child who is his only friend.

After violently losing his wife and child, Che (Won), now leads a quiet life operating a pawn shop. This is where he meets So-mi, a little girl who lives in the building with her mother—a heroin addict and moonlights as a stripper in a local club. One night, So-mi’s mother smuggles heroin from a drug dealer. Of course, when these drug traffickers find out who stole their drugs, So-mi’s mother was soon found out and they both are kidnapped.

Still searching for the missing drugs, the traffickers find themselves at the door of Che’s pawnshop. The traffickers think that Che is just some pawnshop owner—so they decided that it would be fun to try and ‘rough him up’ a bit, to find out the whereabouts of their stolen drugs. Of course, they are easily overpowered, and Che learns that So-mi and her mother are missing. This is where things start to seriously take off! There is a less well 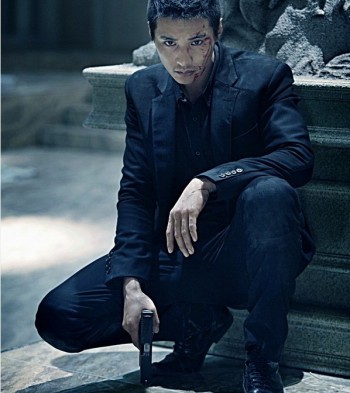 known fact about Che: he was a former military operative—one of the best and specialized in secret operations all over the world.

In the sequence of events that unfold, there is never a moment where any of the scenes lose viewer interest. I do have to admit, the story does seem to go on a bit too long—but does not take away from some of the most dramatic fight scenes in film history.

In the world of gangsters, mob bosses, strippers, and players, there is also a small amount of organ harvesting going on here and there, child labor used to manufacture heroin…The Man From Nowhere has it all. With nonstop action, brutal fight scenes—an incredible knife-fight scene–pulls off one of the most awesomely choreographed, and bloody, scene in film history–including all the melodrama that goes in between.

The Man From Nowhere can stack up against any high-suspense crime film out of Hollywood. Period. For example, Taken (2008), where the synopsis could be considered somewhat similar to The Man From Nowhere. Taken (2008) was an intense film, but it fell short of the intricacies in detail of the crime syndicate, we know the main character’s daughter was taken–but the frequent adjustments and twists were overly inconsistent–that the supplementation of “action” was loudly “enhanced” by the use of musical scores to boosts the minimalist action actually being depicted on film.

The absolutely worse thing that could happen to a film like The Man from Nowhere–a Hollywood remake. It is said that imitation is the sincerest form of flattery. I disagree. I never believed in such a saying–as it is a misrepresentation of true talent in any art form. I recommend watching this film in its original, Korean context. It would be such a pity not to do so.

If I had to choose a favorite genre for action films, it absolutely has to be the stylish and brilliantly violent thrillers out of South Korea. They are relentless, and don’t give into the Hollywood fairytale endings that are more delusional than the actual film. It is an extremely rare occasion that any foreign action film disappoints.