New Trent has made some amazing portable battery chargers and cases for both iOS and Android devices, so when they recently released the iZen Hardshell Power Case for the iPad (3rd generation and 2nd Generation) I had to get my hands on one to test it. 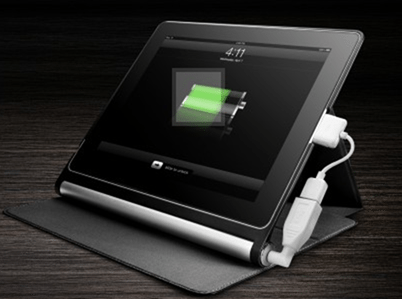 I believe this is the only product that doubles as both an iPad case and an external battery pack for the iPad combined.  You get a case with a removable 14000mAh Li-Ion battery which when fully charged gives your iPad an extra 10-12 hours of battery life on top of it’s normal built in battery.  This means on a single charge you can use your iPad on a full 19 hour flight to Europe from the U.S.

The first thing I did when I got the New Trent iZen case was take it out of the box, install the removable battery and plug it in to charge it. 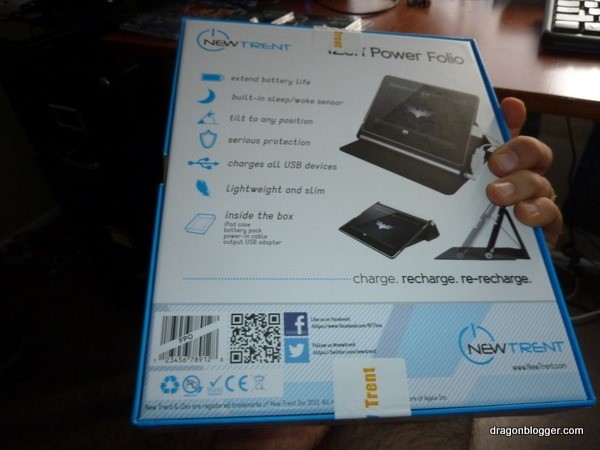 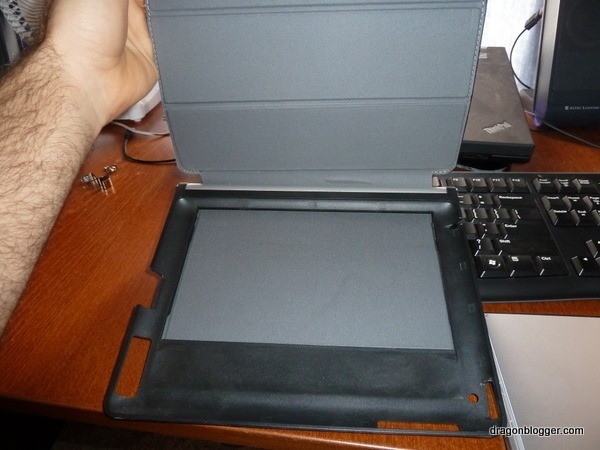 It did come nearly fully charged so only about 15 minutes of charging and it showed a green light on the side indicating a full charge.  (it is orange while charging). 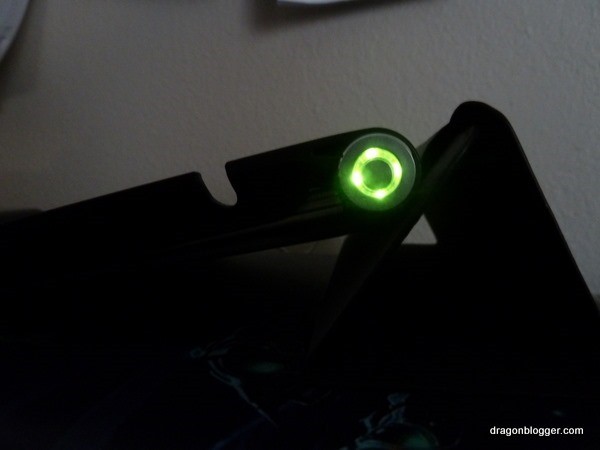 After the battery case was fully charged I plugged in my iPad and let it start burning through battery life.  First off you notice when you plug the iPad in and turn on the New Trent iZen Power Folio case it starts charging your iPad and it just keeps it charging/charged for hours and hours. 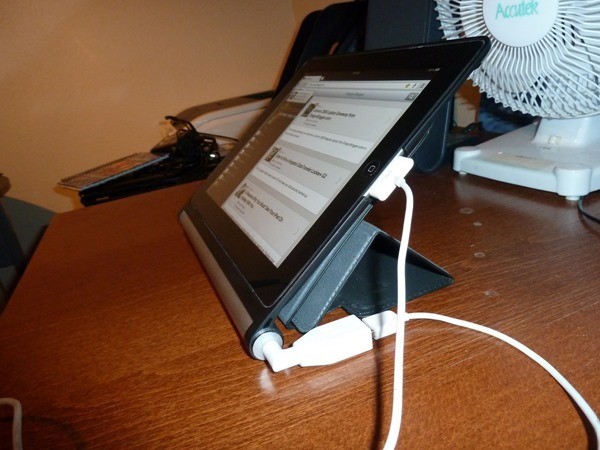 I ran movies on it and literally had it going non stop for over 8+ hours and it still had 99% battery life when plugged into the iZen Power Folio case.  As mentioned in my video review the case delivers in several ways.

The product is incredible but as mentioned does add a bit of weight to where you won’t want to hold the iPad in your hands for very long, it is ideal if you are working or using your iPad on a desk or a tray and not having to hold it.  One thing I wish is that New Trent threw in a small maybe 6″ connector for the iPad 2 / iPad 3 (separate cables) so you can have a much shorter cord that connects between the USB connector which plugs into the battery and the bottom of your iPad.  The typical Apple power cords for iPad 2 and the new ones for iPad 3 are just too long and leave a lot of cable dangling, a small 6″ cord would have been more than sufficient since there is only a few inches between the bottom of the iPad and the plugin connector on the iZen battery case.

Regardless of the few quips about cord length or weight of holding it for long periods of time in your hands, this solves my issue of my iPad battery life dying too quickly and you don’t have to lug a separate battery pack because your battery back is now also your iPad case!

I highly recommend you follow New Trent on Facebook as they always broadcast offers, specials and sometimes invite others to participate in beta testing of new products which is always fun.