As many of my readers know I alternate between Rafflecopter and Punchtab when hosting giveaway contests her on DragonBlogger.com.  Both have their advantages and disadvantages but one feature I truly enjoy about PunchTab is their iOS application which has featured giveaways you can join right from your iPhone or iPad so you can build up entries faster.

After you install the PunchTab iOS app and open it up you will immediately see a list of featured giveaways.  My own Lenovo Laptop Giveaway with over 50,000 entries is prominently featured on the homepage of the iOS application (BIG FAN!). 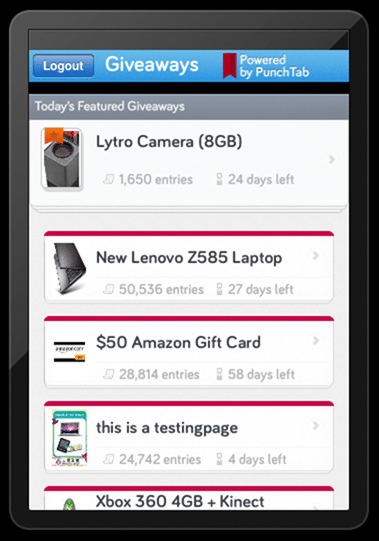 I use this to join other contest when I am on the road.  You just pick on the giveaway you want to enter and sign in via Facebook or Email. 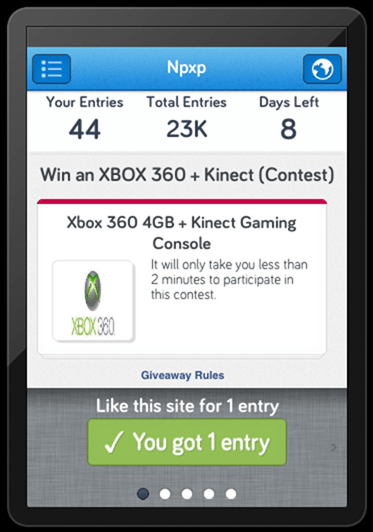 After signing in you can perform the entries at the bottom of the giveaway and use your finger to swipe to the next entry after collecting your entries. 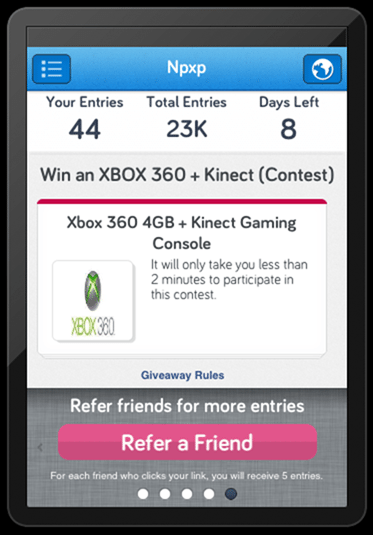 You even have access to the Refer a Friend entry which gives you more entries for others who join that same giveaway from your entry link. 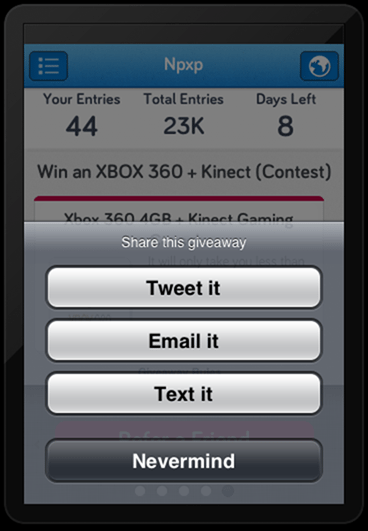 Punchtab also has a “globe” button at the top right and this takes the user to the homepage hosting the original contest which is an added benefit of getting some extra traffic to  your site.  Though your contest post may not get the extra pageviews, your social media accounts can get some extra follows and attention from the PunchTab iOS application participants.

Now, participants can still get more entries if they enter the contests via the original contest article and online (less entries show up in the PunchTab iOS app) but still this allows them to join contests they may not have been able to find or even know about online which is great.  So you don’t have to spend your time searching online for contests to join like you do for Rafflecopter contests, you can simply load up the PunchTab iOS app and see which contests are featured that day to join.

I join as many contests as possible in case I win products that I can giveaway to my readers, I enter to win items even if I already own them because hey, if I win I will just give it away to the fans.

I do wish PunchTab would release an Android version of the mobile PunchTab application.  I checked the Google Play store and couldn’t find it’s existence, hopefully they will release an Android app soon so Android users can join while mobile as well.