Most of us do not like hearing the sound of our alarm clocks. Some people wake up before the alarm sounds just to turn it off so they will not have to hear it. Others hit snooze a few too many times and end up rushing around the rest of the day to make up for the mistake. Some alarms are very loud, some speak, some play music…

I just tried one that makes a series of tones and then tries to run. 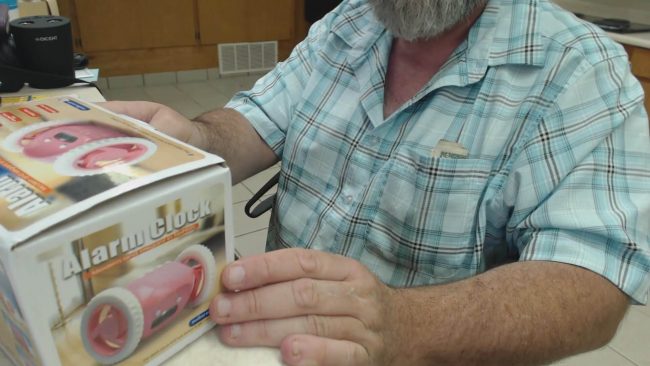 I would love to say that I like this alarm clock with great enthusiasm but I have a few small disappointments concerning it.

Before I get to them, I will talk about its good points.

Design: This alarm clock is well designed, and it gets your attention. 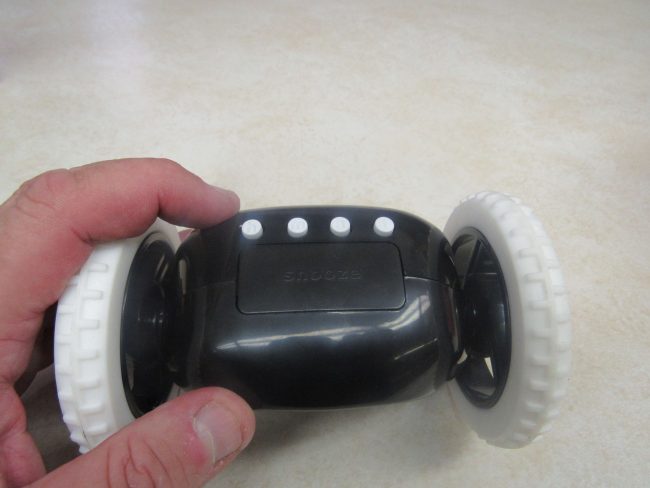 Sound: There are two alternating tones, a traditional beep, beep, beep, and a variable tone that alternate. While not loud, they are loud enough to be heard.

Buttons: There are many, and they all have a function, some more than one. It was easy to set the time, I missed the AM/PM indication a few times when trying to sound the alarm, but once I realized the mistake, it was easy to fix. The snooze button is huge compared to the rest of the buttons, and with the nature of this alarm clock, when it is used as designed, may not be easy to press.

Function: This is where things change. Unlike regular alarm clocks, this one moves. It has the ability, (when set), to roll around, change directions, turn and get away. This sounds great in theory, but in reality, it is a little slow. I thought that my granddaughters would have fun chasing the alarm clock around, trying hard to catch it, but in truth, they did not have to move very fast to grab it and had they known how to shut it off, it would have been all too easy to do so. 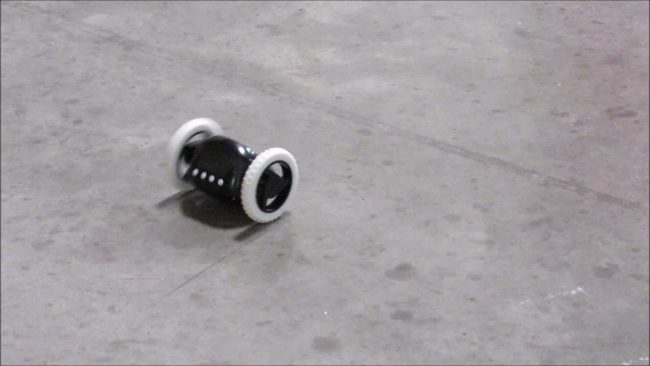 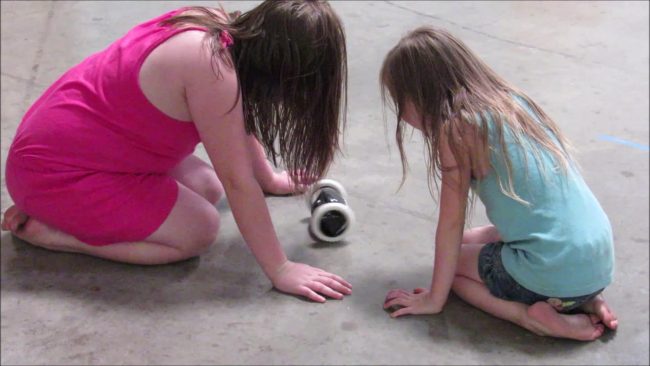 Still, if awakened from a deep sleep, seeing that your alarm clock was no longer where you left it, but running around on the floor, you would be a bit more woken up with the effort of finding it, and turning it off. Once up, out of bed, you might not be as quick to jump back in.

Disclaimer: Newlemo provided me with the Runaway Alarm Clock so I could do a showcase and share thoughts on the product. All opinions are 100% mine and mine alone. For more information visit http://bit.ly/dbdisclose