So after months of rumors and so called leaks, it is now proven that Nintendo’s new console not only exists but also what’s inside of it. Regardless of having exact details all we can do is make some concrete speculations but! Nothing is confirmed until Nintendo says so. 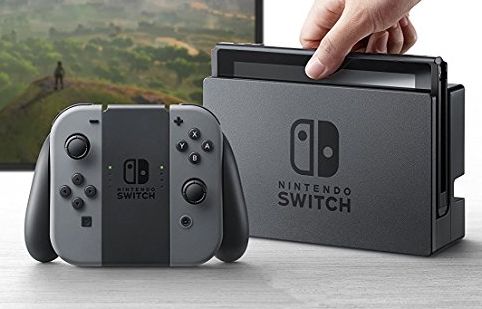 NVidia has come out confirmed that they are indeed providing custom tegra processor for Nintendo’s new console. There are solid indications that the Nintendo switch will definitely have more powerful processing than we use and most likely will compete on the level of ps4 and Xbox 4. The system will be running on specially developed chip customized for the Nintendo switch a powerful console that works at home as well as on the go. So without further ado, here you can learn about all the specs, hardware and features that are most likely going to be a part of Nintendo switch that is going to be released this march 2017.

Koei Tecmo Holdings Co. Ltd came up with this idea and allegedly approached to Nintendo to make Star Fox Warriors game but got rejected (thanks for that), but more good news to come as with Switch you will be seeing new games with new experience like Dark Souls keeping in mind with the compatibility of its software. Nintendo Switch will also put GameCube on virtual consoles but for how long it will continue remains the question. Nintendo has improved the overall user experience by increasing performance of the docking station but how much improved performance that has yet to be seen. Rumors are that with the leaked pictures online, Switch Exclusive is bringing a whole new game by the name of Seasons of heaven which is made by a small indie game developer which is shaping up very well up to now. 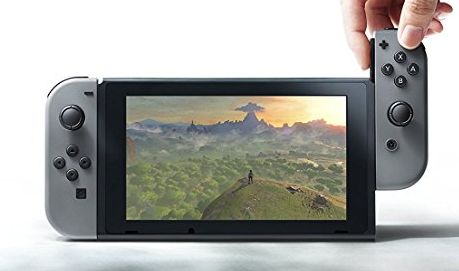 So far, we are hearing many rumors of what is what is not included in the Nintendo Switch’s hardware. With months of rumors hearing what exists in the Nintendo switch, we have come across with solid concreted information about its hardware. Nvidia has come out and confirmed that they are indeed providing a custom made Tegra processor Nintendo Switch making it more powerful processor than the Nintendo Wii U and almost competing on the same level of experience while playing Xbox One S and Playstation 4 games. This custom-made chip will make switch the most powerful gaming console for its users that will provide both Home gaming experience and while on the go too.

Since Switch has a screen which is also a console so it needs to be docked with the television. With its custom-made Nvidia processor, Nintendo Switch will provide an amazing 760p resolution when it’s undocked and amazingly 1080p resolution when its docked providing the best and clearest experience ever. To keep its performance better, Nintendo has place an additional fan while it’s connected to docking station to prevent overheating. Nvidia reassures that Nintendo Switch has an integrated gaming technology to support its hardware and sound effects that will combine to provide it users the most amazing gaming experience ever. Keeping in mind Nintendo has designed Switch to be home console first and hybrid handheld console second.

From Software developers, they had several tests run on Switch for their Dark Souls 3 game and surprisingly all their tests results are coming positive and they are happy with its results. Bethesda Gaming Studio were asked about Nintendo Switch’s performance and asked for their reviews and they have satisfied with its performance and will support Skyrim game on Switch. Providing with game cartridges for the console, Nintendo knows what they are doing with faster loading time for games without wireless connection. Though with not being officially launched, Nintendo Switch has been trying to hide its actual appearance but rumor has it has with a nice logo on the rear side and a stand option, Nintendo is also providing USB C- input that means more efficient charging facility but with this marks a question of its not long lasting battery option. With all the specs and all the rumors going on for the new and trendy Switch, all we can do for now is to wait for its official launch in March 2017.