In the wave of Virtual reality, we have seen many brands bring about their own version of the VR cardboard or VR googles, and among those brand is NoonVR, a Korean based company. And today we are going to take a look at their offering in the VR world, knows as the NoonVR, yea both the product and the company have the same name o.O 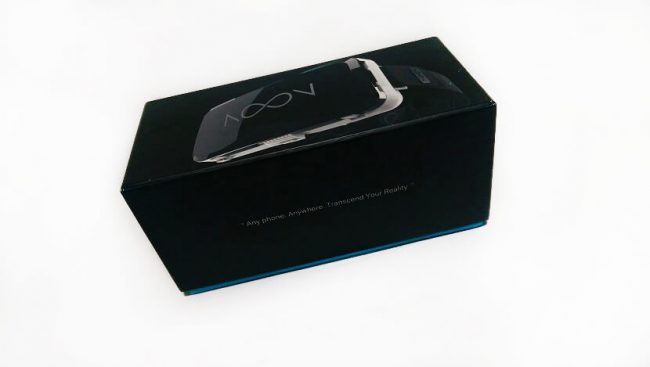 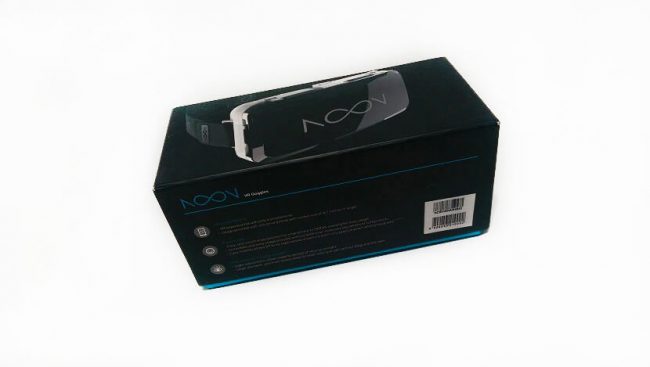 So first lets have a look at the arrival of the NoonVR headset. We get the NoonVR in a rectangular box with the top in black color along with a picture of the headset on top and their slogan which says “Any phone. Anywhere. Transcend Your Reality” and on the back some features listed about the headset. 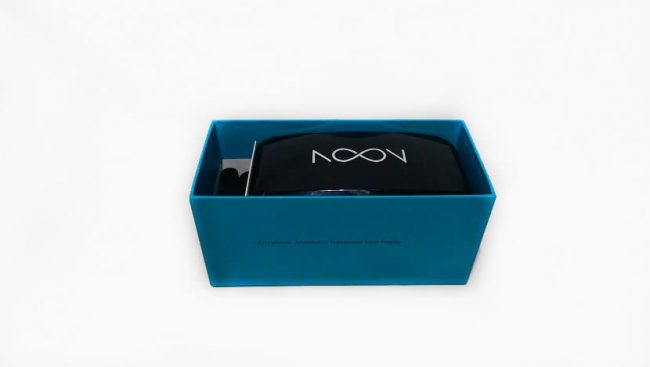 And once you lift of the top of the box, you’ll see the VR headset placed at one side and a little compartment containing the cleaning cloth. We have to agree, their logo looks sleek. 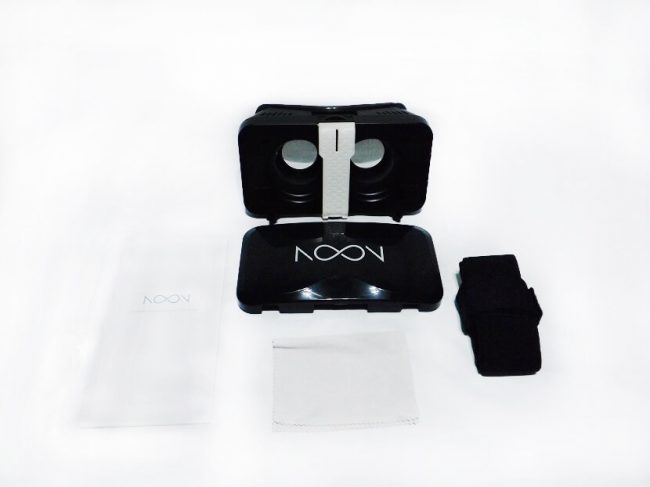 Everything out of the box, we have the VR headset, it’s front cover, then the head strap, a cleaning cloth and the instruction manual which contains the code to their application. Yea they do have a dedicated application for their headset. 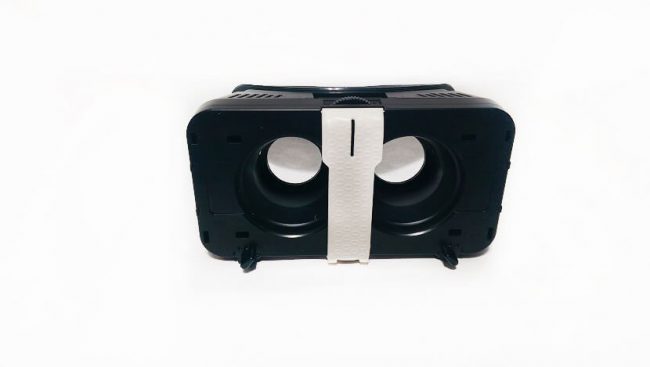 That’s how the front of the headset look without the cover. The smartphone is held in position by two plastic holders at the bottom and the plastic strap which also helps in keeping the smartphone in place with friction. But that friction is also what makes it difficult to adjust the smartphone position once it’s strapped in. 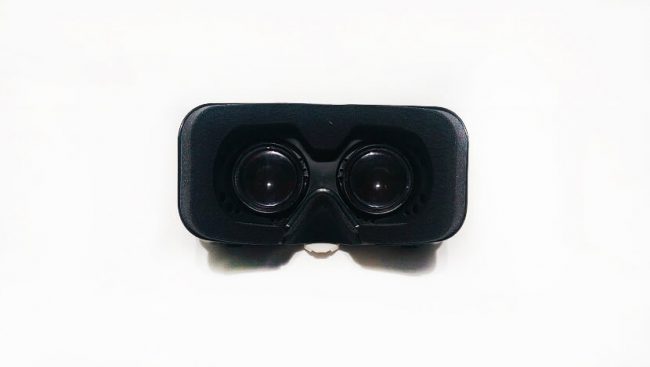 And that’s the part you will be facing. Not clear in the picture because of the lighting, but there’s foam on the borders of the headset to make it comfortable while wearing. Also, there’s a big gap for the nose position as that could easily become annoying; also covered with foam for better comfort. 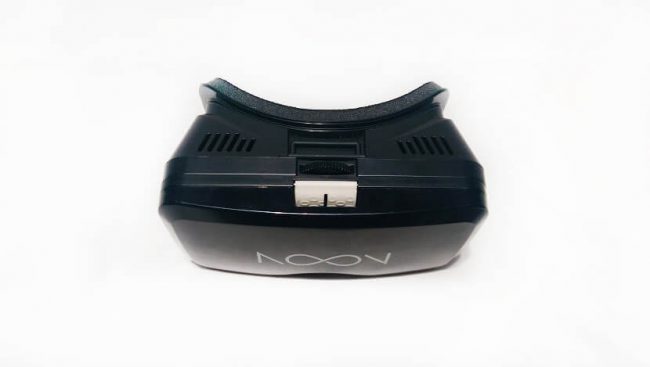 On the top of the headset, we have some ventilation holes and the hook for the strap and finally the wheel for adjusting the lens position. By scrolling the wheel, you can move the lens backward and forward and adjust it according to your focus, something almost every VR headset must have. 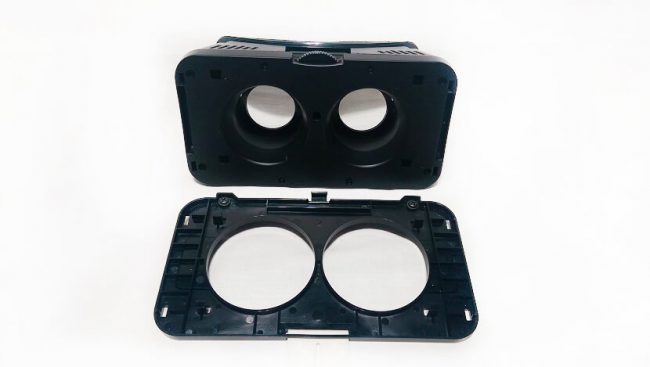 The front of the Headset has a detechable cover that pops off and can be used for cleaning the lens properly.

Just like any other VR headset or googles, the NoonVR uses a velcro strap belt to hold the headset in position and the belt goes around the top, left and right of the headset.

-Usage possible with any smartphone with screen size of 4.7 to 5.7 inches

So the NoonVR has support for smartphones from 4.7 inches to 5.7 inches, anything lower than that would not fit on the plastic holders so we used Samsung Galaxy S5, HTC One M8 and Lg G2 for testing purpose. All of them fits perfectly.

Putting it simply, I’m not very pleased with the comfortableness of the headset. Reason being that the lens in the position I find perfect for me, starts to touch the eyelash bones which becomes painful within few minutes and if I bring the lenses a little towards back from my eyes, then the screen gets somewhat blurry. Also, the design of the headset itself is not good, here I’m referring to the mobile holding mechanism of the headset. Like mentioned before the locking mechanism NoonVR uses is a rubber strap and two plastic holders on the bottom. Once you place the phone in position and lock the strap you’ll find it difficult to adjust the phone if it’s not in the center. NoonVR could’ve used a tray or sliding or fitting mechanism for a better experience. Other than that, the headset feels very light at just about 200 gram plus the weight of the smartphone once you put it in the headset thanks to the headstrap that not only goes around your head but above as well.

Performance-wise the lenses are good, they’re not blurry nor does the light passes through the the headset once the cover is on. Here performance mainly depends upon the mobile so if your mobile has s low PPI (pixel per inch) screen, you will be seeing alot of pixels on the screen. 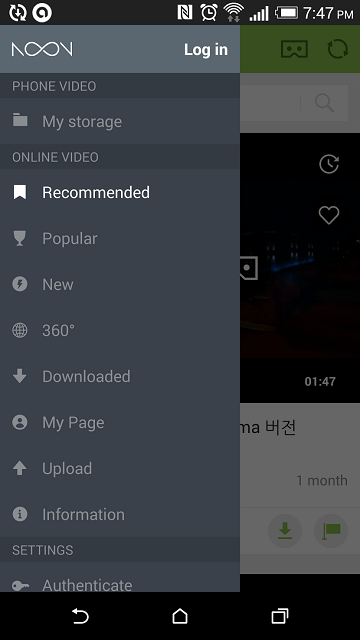 Yes, NoonVR does have their own application for the NoonVR headset which is available on both iOS and Android platforms. The first time you run the application it takes you to the cautions page after that you can browse through the applications. From the application, you can watch online videos submitted by the users in 360 degree or flat screen or watch your own videos in flat, 180 or 360 degree. You can also download the online videos to watch them later. 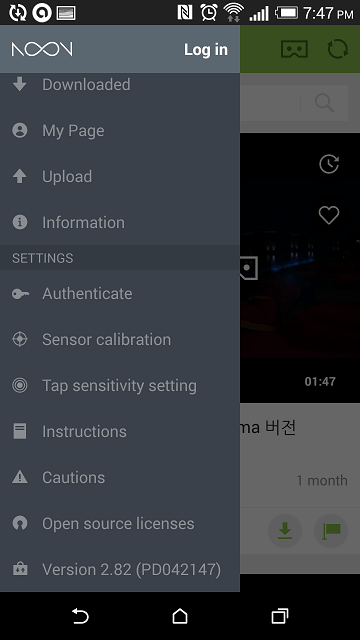 In the settings tab, you can readjust the calibration of the VR headset and adjust the tap sensitivity (more on it below) and register the application. Yes, you can watch online videos in 360 degree for free, but if you want to watch your own videos in cinema mode or 360, then you need to activate the full version of the application. The codes are present at the back of the instruction manual of the headset and can be used only two times. Also the license key is region locked so if you want to make the application work, you may have to use a Korean VPN or contact the company to make the code work. 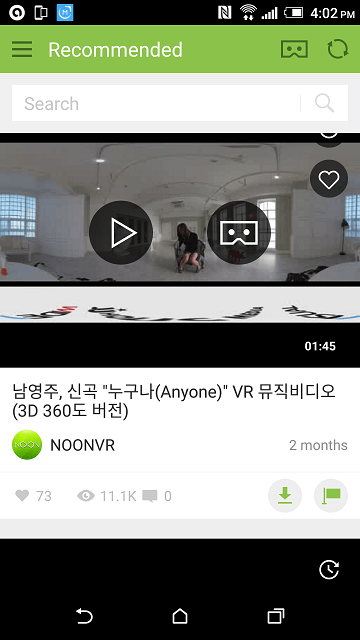 Here’s a short song I downloaded from the online library and can be viewed in 360 view. 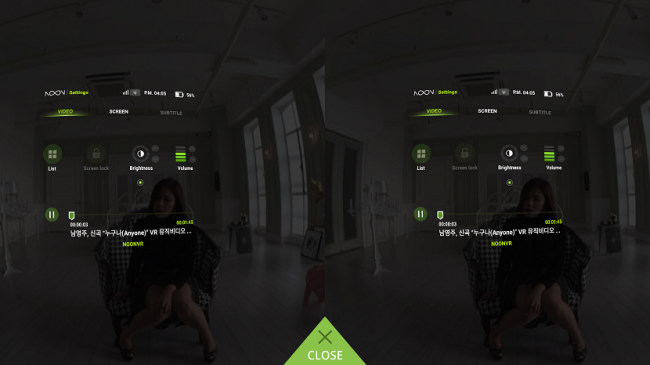 There are 3 tabs that can be played around with, first the video tab where you can change the time of video playback and adjust the volume and brightness of the screen. 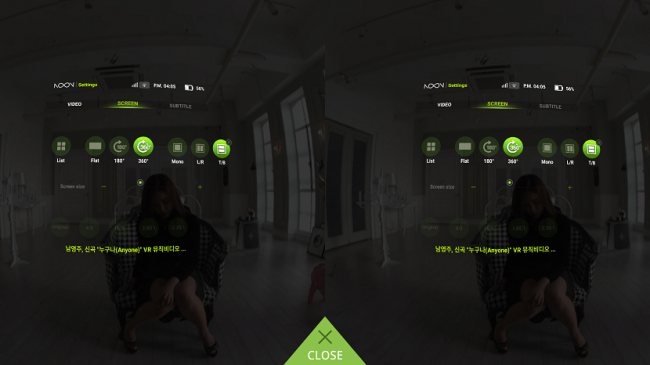 Then we have the screen tab, where you can change the mode of video. From here you can watch the videos in flat or cinema mode, or in 180 or 360-degree mode. You can also split simple videos in two for VR experience. And beside that is the subtitle tab which lets you select the subtitle for the video and adjust the speed of it. 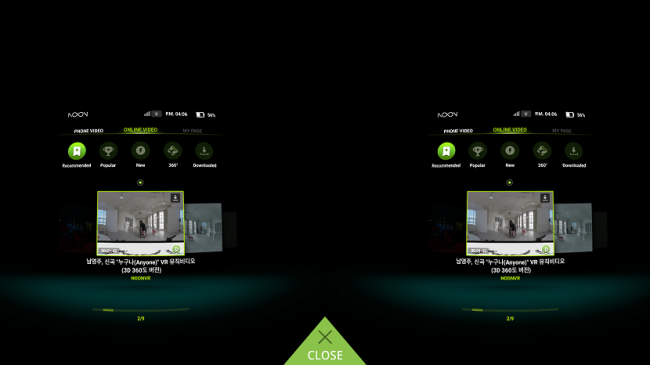 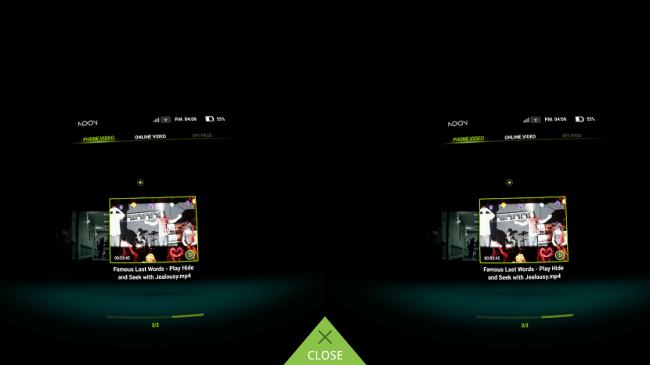 Other than that, you can also view the application in the VR mode and browse through online library and your own videos.

Summing up it all, NoonVR does have a good option available in the mobile VR market but is not one of the best. And we can’t really recommend the headset after testing the sample and application since the price is not justifiable at $99 when many cheap options are available both in headset and applications starting as low as $20. The NoonVR application is great, no doubt there, I really like the tap feature of the application which pops up the video setting menu on the screen and the options it provides for adjusting, but with the purchase you only get the application license for 2 mobiles whereas regarding the price I think it should have been for 4 mobiles at least because I’m sure the same VR headset will not be used by only one person in the house or among friend and family. And the application sometimes does crash while watching videos which makes you take off the headset and pull out the mobile.

So in short, if you’re looking for a VR headset with decent quality with some betterment to be done, along with a application which has a good amount of video content and video setting options then NoonVR might not be a bad option. And if you were to come across a sale on the headset then it can be said as a good option to consider.