Power banks are very common these days and when most powerful phones barely have enough battery to last 6+ hours you probably will need a power bank or external phone battery at some point if you want to use your phone or tablet for longer hours or very long flights.  Olala is just the latest brand to send us a power bank to review and their power bank has a feature that stands out in that the iPhone Lightning cable is included and part of the power bank which means you don’t have to deal with lugging around a separate USB cable if you only need to charge your 1 iPhone. 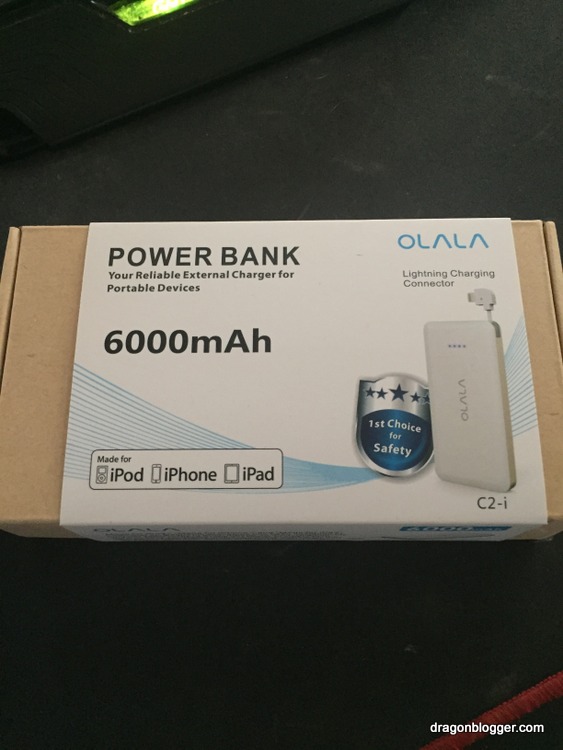 I say iPhone because the built in cable only does 1A output and isn’t the fastest charge for the latest iPhones and isn’t sufficient for charging tablets, you will need to use the 2.4A output USB port and a separate cable if you want to take advantage of the faster charging output.  The 6000mAh power bank from Olala also suffers from a design issue with the built in cable if you use certain Otterbox defender or armored cases.  The plug head can be too large to not allow the cable to be plugged into the phone as in the case with my iPhone 6 and Otterbox Defender case in the photo below. 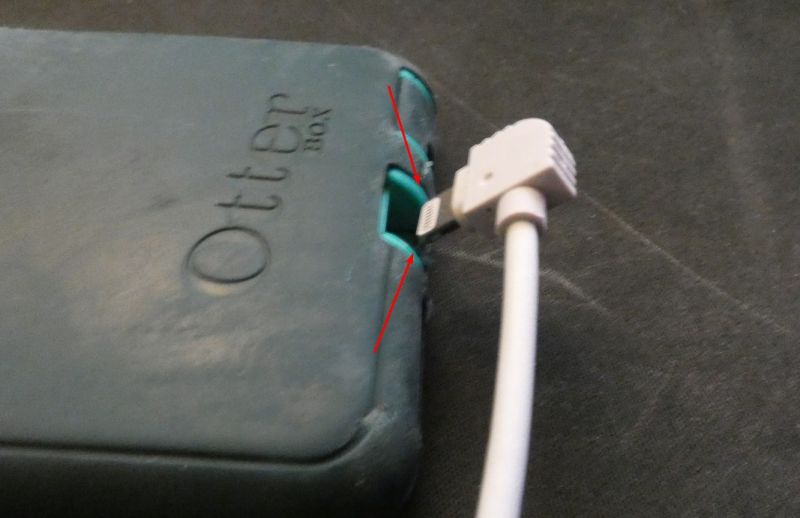 The battery like most has 4 LED indicator lights to let you know how much battery capacity is remaining, and it does charge fairly quickly with the 2.4A output port.  My DROK USB multimeter shows on-par output levels to other power banks and it kept pace with all of them with the same rated output except for the QC 2.x device and chargers which are very specific to some Android phone models. 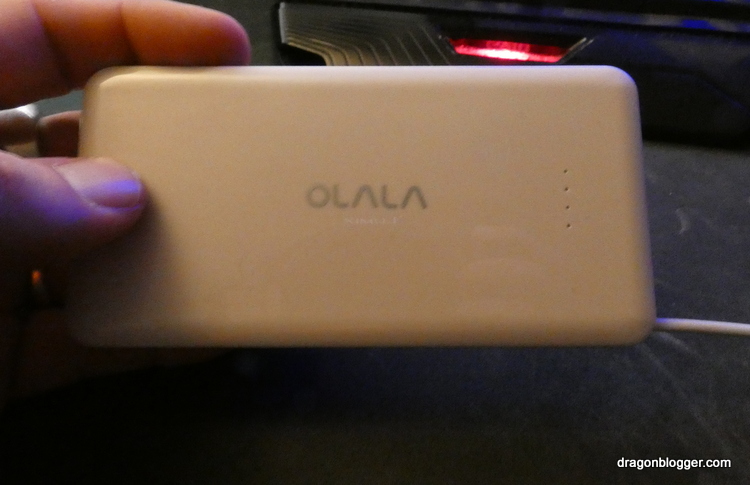 The battery back is about the size of an iPhone 6 and can fit in your pocket fairly easily, it does store enough power to charge your phone 1.5x completely and I used it about 10x to charge my iPhone over the course of the review.  The price is fair as well for what it does and the built in cable, though that built in cable may not appeal if you have a case that blocks the charging port a bit.  Overall, there are larger capacity power banks and even a few that have a built in iPhone Lightning cable, so overall it gets a 3 star rating as for a few dollars more you can get the excellent Jackery Bolt which is the same capacity and has a Micro-USB and Lightning Charger built in and has 2.4A output for the default charger so is much faster.

Here is a full video review of the Olala Power Bank

Products mentioned in this review:

Looking for a bit higher quality power bank that won’t get as hot?  Check out our Crave Plus 10000mAh power bank review as well.