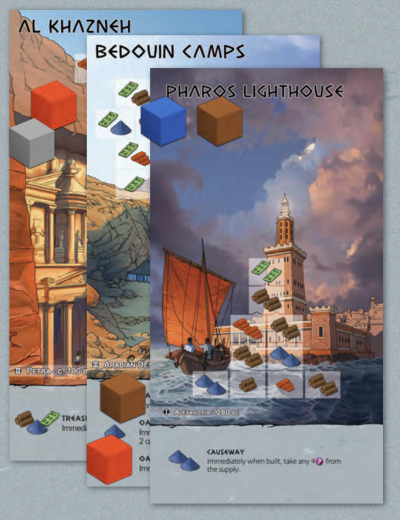 Let’s go over the criterion for the new potential board game you are looking for: 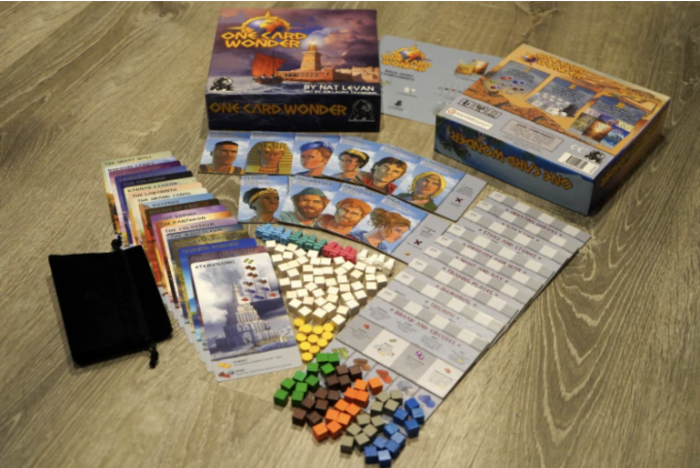 If you cross 80% of the criterion, then One Card Wonder is what you are looking for. In One Card Wonder, players will have to collect resource, manage those wisely to be the first to achieve the wondrous goal – complete the assigned Wonder. There are 14 Wonder Cards total, and each player will get one of them at the beginning. Also, the amount of each resource will be determined based on the number of players. In their turn, players can perform one of the four actions:

In a game of 4 or more, players can do Trading as well. They can negotiate and trade resources with each other during their active turn.

When players are comfortable with the base game, they can totally include the Leader Expansion, which is also a part of the game. Everyone will have one Leader – who will grant them one time effect. When a player reveals their Leader, other players can decide whether they want to defeat the announced Leader by paying the cost. If they do, the player who activated the leader will receive the cost as tribute and the leader is defeated. Otherwise, the player will resume in activating their Leader effect. 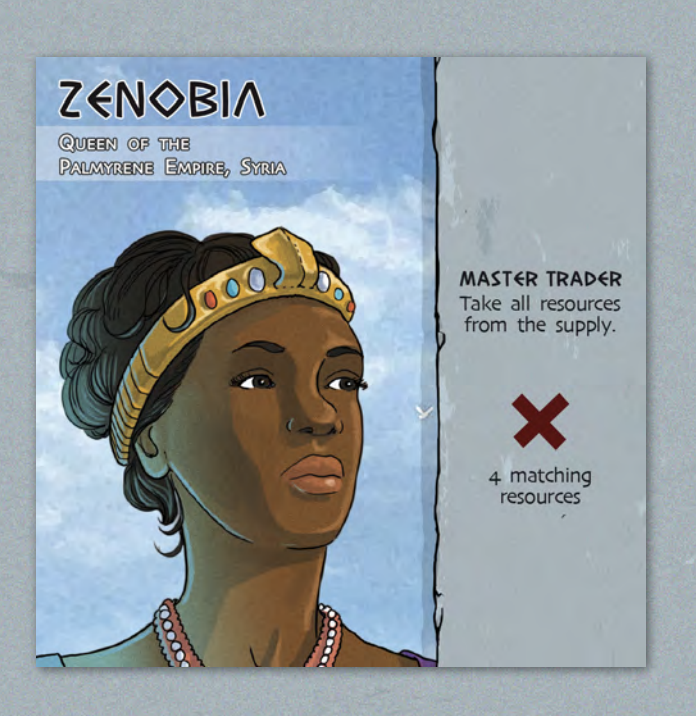 Zenobia can take all the resources from the supply when activated. All other players must pay 4 matching resources to stop her.

One Card Wonder is an amazing and clever game. It offers so many things that come with so little components and rules. There are a variety of approaches to play the game. Players can aggressively collect the needed resources to complete their Wonders. Or they can take a longer but stable route to build up their engine. They can plan out what Support Buildings they need to build to help them progress toward the end goals. One thing that leaves me in the love-hate relationship is the visibility of information in this game. Everyone can easily see and figure what the opponents are aiming for. It makes the game won’t be easy to make a grand-finale move to wow your opponents. That’s why it might not be a cup of tea for hardcore gamers. However, thanks to this feature, the game becomes more friendly towards family and casual game groups.

Have fun building your Wonder!

One Card Wonder is available on Kickstarter until 1PM CDT May 10th, 2021. Here is the link to the campaign.