If you haven’t seen the reports and news articles yet around various Operating System companies designing 1 size fits all operating systems you should.  Mobile Phones and Tablet devices are becoming so popular that they are competing in the same space as computers.  In an effort to standardize the look and feel of platforms no matter which device you are operating Microsoft, Apple, Google and more are in a rush to converge into a unified user friendly Operating System that looks and feels the same no matter which device you are operating.

This is happening with Windows 8 which will run on x86 or ARM processors and will be very similar to the new Windows mobile phone operating system and even the [easyazon-link asin=”B003O6EE4U”]Xbox 360[/easyazon-link] interface has been updated and will gradually align to be the same interface.  This also is happening with Apple with Mountain Lion having more iOS like features and many already foreseeing that iOS will become the standardized Operating System of Apple devices in the future.

Well, Google looks like they are going to be bringing the Android operating system to the Desktop PC as well.  I don’t just picture this for Chrome books, but many more.  Canonical now makes Ubuntu for PC, Android phone, and is already working on tablet versions of the operating system as well.  If you haven’t checked out Ubuntu it is probably my favorite easy to use Unix OS for most users.  I ran my wife’s PC for almost 2 years exclusively on Ubuntu and she only had a few programs that wouldn’t run under WINE. 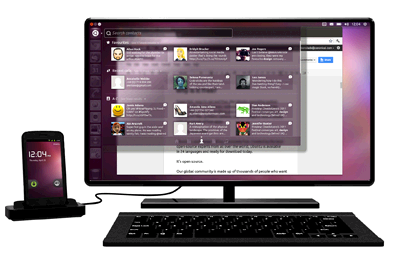 As most of the applications and functions of Operating Systems start migrating toward the cloud you will start to see the simplification of the Operating System over the next several years to where it has less core functions, not as much bloat code and has more security layers as far as how much can be compromised.  The trade off however will be cloud security reliance and compromised accounts granting far more access than to just files on your PC of course.  With synced accounts across many devices all data across all shared devices can be compromised if you don’t put security at the forefront of all your electronic devices.

How many users want to see their phone have the same OS as their desktop?  Personally I don’t want a complicated OS in a small mobile device and I don’t want an overly simplified OS in my desktop which I expect to be fully featured and do everything I need.  The question will be which of the companies will get the unified OS right, if any of them?

Share your thoughts on the convergence of operating systems and platform consolidation?  Which OS do you want to see be the dominant one, do you see Android becoming the next big operating system environment for the desktop and notebook?