From Thursday, Feb. 27 – Sunday, Mar. 1, PAX East will welcome attendee to the Boston Convention and Exhibition Center for a four-day celebration of all things gaming. Attendees will enjoy game reveals, hands-on demos with the most anticipated upcoming titles, and panels with the industry’s most popular developers, journalists, and content creators. Single-day badges will sell for $60, with four-day badges available for $225. 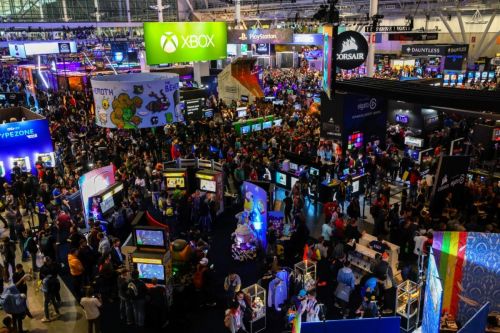 One month prior, from Jan. 17 – 19, PAX South 2020 will ring in the new year with the first PAX of the ‘20s. Rod Fergusson, Studio Head of The Coalition (Gears 5, Gears of War 4), will give the keynote speech as he kicks off the show with the Storytime ceremony, welcoming gamers of every discipline to the Henry B. Gonzalez Convention Center in San Antonio, TX and ushering in a new decade of PAX and gaming.

A veteran of the industry, Fergusson has helped create some of the most influential games in history. At Microsoft, he oversaw the Xbox release of Counter-Strike (2003) before joining Epic Games as producer of the landmark Gears of War. Following the completion of the Gears trilogy, Fergusson joined Irrational Games as executive vice president of development, delivering Bioshock Infinite which was named “Game of the Year” by over 40 publications. In 2014, Microsoft struck a deal to acquire Gears and reunite Fergusson with the franchise he helped create. Today, he’s the studio head at The Coalition, the current stewards of the Gears franchise. The latest entry, Gears 5, released in September 2019 to critical acclaim and record-setting player counts.

PAX East media and content creator registration will open in late November. More information will be available on the registration hub as submissions open.

PAX, or Penny Arcade Expo, is a festival for gamers to celebrate gaming culture. First held in Seattle in 2004, PAX has nearly doubled in size each successive year, with PAX Prime 2014 selling out of tickets in a matter of minutes. Connecting the world’s leading game publishers with their most avid and influential fans, PAX expanded with a second show in Boston in 2010, and a third in San Antonio in 2015, making it the three largest gaming shows in North America. The first international PAX was held in Melbourne, Australia in 2013. In 2017, Penny Arcade established PAX Unplugged, its first tabletop focused show, held in Philadelphia.

Penny Arcade has been the world’s most popular webcomic for over 20 years, with over 3.5 million readers. Started in 1998 in the living room of Mike Krahulik & Jerry Holkins, it has grown into a media empire encompassing multiple beloved properties such as Lookouts, Automata, and beloved D&D live-play series Acquisitions Incorporated. Penny Arcade was responsible for the creation of Child’s Play, a gaming charity that has raised over $45 million dollars for children across the world. They are also the founders of PAX, the number one consumer gaming festival in North America, with hundreds of thousands of loyal visitors every year.