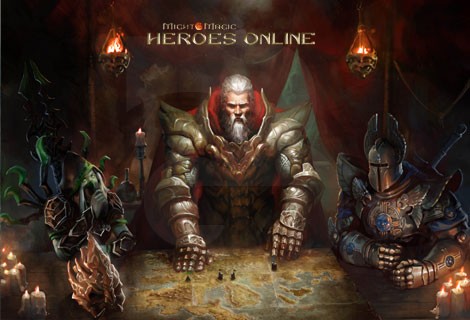 I’ve been aware of the Might and Magic series for some time now, so when I started playing Might and Magic Heroes Online, I wanted to do this epic license the justice it deserved. I started play as a necromancer and when I looked at the clock again four hours had gone by, and I enjoyed every second of playing.
The storyline starts you out in equally disordered parts of Ashan, a planet in the Might and Magic universe. I spent most of my time on the evil, undead, bad guy side of the storyline, so most of the plot involved me stabbing and blasting through undead rioters who had broken out of the local prison. After rounding up a few of the weaker escapees I was awarded my own town. A few upgrades later, all my skeletons and ghouls had a nice place to call home in the town of ‘buttsville’. Hey, I’m a necromancer now, I don’t have to be mature.

The primary focus of the game is it’s turn based strategic combat. The field is set with a squad of whatever soldiers you brought to the fight, and whatever baddies the other side brought to take you down. As the commander you can sit on the sidelines and sling spells that both buff your army or debuff your enemies. There is also the option to just sling damaging spells too, so don’t think your commander is limited just changing stats the whole time. During the battle you will move your squads around to get the best defensive or offensive positions. Charging in headlong is an option too, but the best way to take down your foes is by flanking or backstabbing them, which takes a bit of planning. Occasionally you’ll get to participate in siege battles. These battles are the same style of combat, but with the addition of destroyable walls, defensive towers, and siege machines that will really challenge your strategic mind. 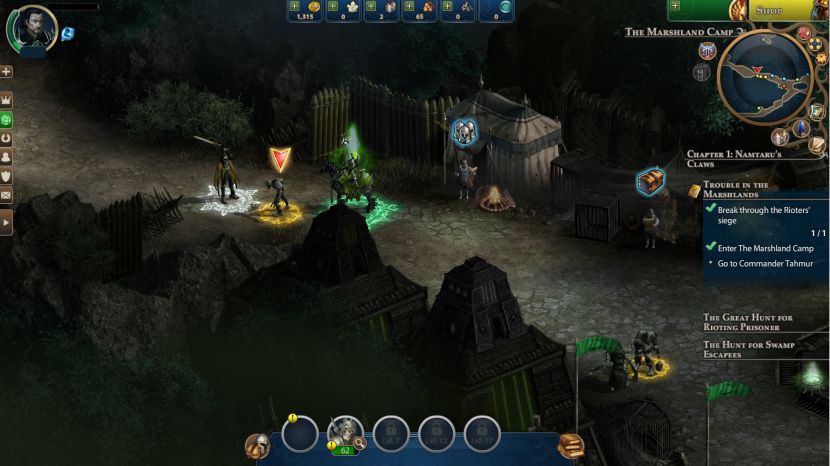 Every part of the game felt carefully calibrated and polished, and at no point did I feel like I would have had to purchase in game currency to access the “real game” as so many online game currently expect. The battles were great, the progress felt real, and the community was fun and inviting. Although I wouldn’t expect anything less from the Might and Magic series.