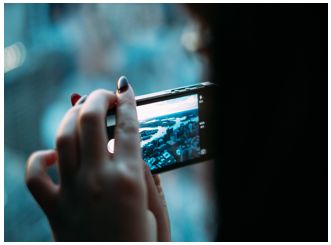 With thousands of Appleheads lined up on their sidewalks, Apple stores released iPhone 6 and iPhone 6 Plus in September 2014. The new iPhones have some significant upgrades to both its camera and its operating system that significantly change how it takes pictures compared to iPhone 5s.

Some of the changes are good, and some of them aren’t, but you can find ways to compensate for them by using photo editing apps on your Mac. 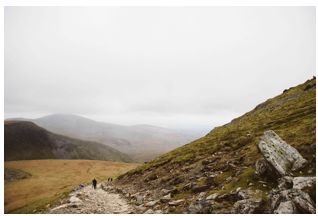 Low Light Photos: The biggest improvement in the iPhone 6 camera is the way that it photographs objects in low light. The iPhone 6 Plus incorporates optical image stabilization, which moves the camera around to compensate for trembling hands and hard taps on the red shutter button.

Phase Detection Autofocus: Another major improvement is the iPhone 6 camera sensor’s phase detection autofocus (PDAF) capability. With PDAF, the sensors interpret, based on the amount of light they receive, whether an object is back or front focused. Autofocus then uses the sensor information to adjust the lens, and when perfect focus is achieved, the iPhone 6 camera indicates that it’s ready. PDAF capability eliminates many of the older iPhones’ image sharpness issues.

Problems With Portraits: Despite these improvements, the iPhone 6 camera doesn’t always perform as well as its predecessors. The biggest problem is its local tone-mapping algorithm, which makes contrast on iPhone 6 cameras significantly worse. The iPhone 6 camera doesn’t render human skin as well as its predecessors, so portraits tend to have a cartoonish look. You can compensate for some of these issues by using photo editing software on your Mac. But remember, if you store photos on your Mac’s hard drive, back it up often, and to use antivirus for Mac protection to keep your photos from being wiped out. 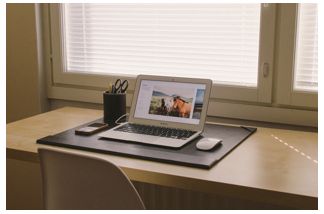 Photo Editing on Your Mac

To compensate for the way your iPhone 6 makes human images look like Pixar characters, you can use Photoshop or other photo editing tools for Mac to improve local contrast.

It’s best to fix local contrast before looking at overall photo contrast. Avoid overdoing it with local contrast tools. When you adjust the whole image, you don’t want to have to redo your local contrast work. In Adobe Photoshop, you can adjust local contrast by looking under Filter > Sharpen > Unsharp Mask.

Take plenty of photos with your new iPhone 6 to get the hang of how it works. Then, experiment with editing them on your Mac, and protect them with virus protection and regular hard disk backup.

Mac and iPhone image by Aleksi Tappura from Unsplash.com