I have become a huge fan of KingsIsle in the last few months being that I play Wizard101 about 15 hours per week with my two kids ages 8 and 5 and even my wife recently got involved with her own Wizard101 account.  So when we saw that KingsIsle is coming out with Pirate101 we were excited and wanted to know more.

It looks like Pirate101 takes a different approach than Wizards101 and combat isn’t stationary where you only cast spells per turn but looks like it takes advantage of movement and terrain (I don’t know if it is turn based or real time yet).  The classes are more aligned with other MMO’s except with pirate themed characters and the animal people are there as well.  It feels like a more family friendly version of Pirates of the Caribbean as far as the look and dare I say I hope it has a Monkey Island feel to it as well?

Anyway, I like that crowns and accounts are transferable with your existing Wizard101 account and you can simply add additional Pirate101 memberships.

Here are the classes in Pirate101

Buccaneer’s wear the heaviest armor and wield the heaviest weapons, they have a special ability called Blade Storm which gives them an extra attack each time they drop an enemy as well. 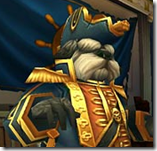 Privateer is the healing and support class in Pirate101 and can gain the ability to heal all allies at the same time.

The musketeer reminds me of a rogue class in traditional RPG games, this one lets you create traps, obstacles and deals with ranged attacks.

Swashbucklers excel at melee combat and what they lack in heavy weapons they make up for in speed and number of attacks.  Swashbucklers gain the ability to attack every enemy around them at the same time.

Witchdoctors dabble in dark sorcery conjuring powers to drain your opponents health as well as leveraging the dark arts to impair opponents abilities.

Pirates101 looks like it will be an entertaining family game and plans to have many of the same elements like pets, crafting, companions, henchman and more that are leveraged in Wizard101. 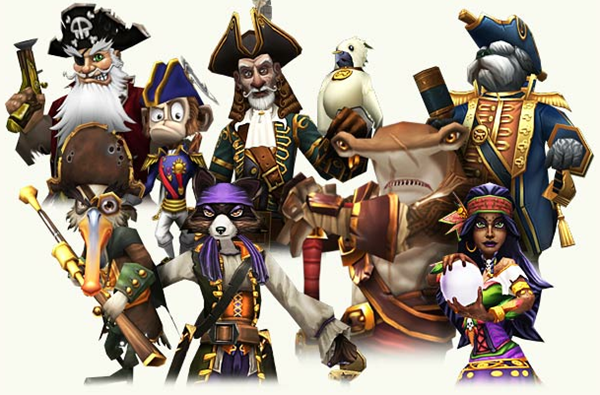