SEOUL, Korea and TOKYO, Dec. 23, 2014 /PRNewswire/ — Samsung Electronics Co., Ltd. and Sony Computer Entertainment Inc. (SCE) today announced that the PlayStation™Now game streaming service will be available on select Samsung Smart TVs in the first half of 2015. With this partnership, Samsung Smart TV consumers in the United States and Canada will have easy access to hundreds of PlayStation®3 (PS3™) games streamed from the cloud – no consoles, downloads, or trips to the store needed. 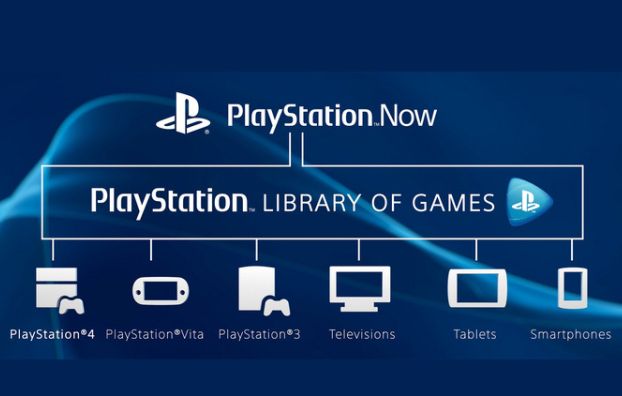 PlayStation Now is currently offered on a variety of PlayStation platforms, including the PlayStation®4 (PS4™) system, the world’s number one new gaming console. Gamers can choose from more than 200 titles from the vast library of PS3 games, ranging from action/adventure and racing to RPGs and family-friendly games. PlayStation Now offers something for everyone, representing some of the best PS3 games from the gaming industry’s top developers and publishers.

The service will launch as an app that can be accessed through Samsung’s Smart Hub. Once launched, a game is played using the critically acclaimed wireless controller DUALSHOCK®4 (sold separately). PlayStation Now on Samsung Smart TVs will support all functionality of the service, including the ability to earn in-game trophies, play games online with friends, and save your game progress in the cloud.

“PlayStation Now provides a new dimension to Samsung Smart TVs that consumers have been looking for – blockbuster PS3 games accessed through an intuitive interface that makes it easy to discover and play great gaming experiences,” said Youngchan Kim, Vice President at Samsung Electronics. “We are excited to collaborate with PlayStation to deliver even more entertainment value to our Smart TV platform.”

“Since we first introduced PlayStation Now at CES 2014, our vision has been to open the world of PlayStation to the masses by offering the service on the devices they use every day,” said Masayasu Ito, Executive Vice President of Sony Computer Entertainment Inc. “Partnering with Samsung is a key step toward realizing this vision, as we can reach a broader audience of consumers who may not own a PlayStation console to show them why gaming with PlayStation is such a unique and amazing experience.”

At CES 2015 in Las Vegas, attendees can visit the Samsung booth to have a hands-on experience with PlayStation Now on Samsung Smart TVs. Additional information about PlayStation Now is available at http://us.playstation.com/playstationnow.

“PlayStation” is a registered trademark of Sony Computer Entertainment Inc.. PS3, PS4 and PSN are trademarks of the same company.
All other trademarks are property of their respective owners.