Hey there.  Nintendo has been making some huge waves as of late.  The Wii U seems to be picking up steam and picking up long time fans of Nintendo.  Though Smash Bros. Wii U has breathed new life to the Wii U, The Legend of Zelda Wii U game may continue to carry the console.  The Legend of Zelda series has been long revered among gaming fans.  The series has revolutionized games throughout the years and fans of the series were patiently waiting for the next installment.  I too have been waiting patiently.  Though screen shots and short videos have given us a glimpse into the future of the series, I want to take a step back and discuss one of my favorite Legend of Zelda titles:  Link’s Awakening. 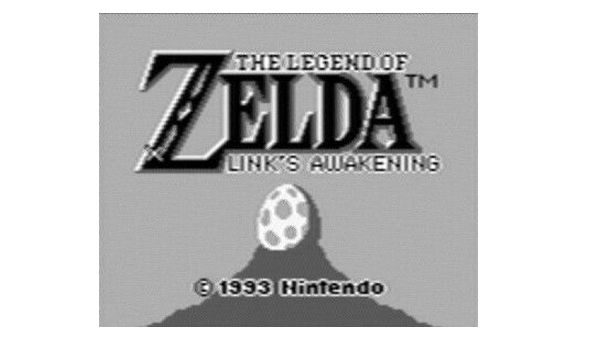 The Legend of Zelda series has many strong games.  The majority of titles are praised, but Majora’s Mask, Ocarina of Time, A Link to the Past, and Skyward Sword are the ones that garner the most attention.  Each one helped evolve the series.  Each one helped usher in the latest Nintendo console (with the exception of Majora’s Mask.  That one used the expansion pack for the N64).  The game play mechanics, the story telling, the overall gaming experience… all evolved.  Each one could take the title of best Zelda game ever.  And each one would be worthy of taking the title.  But what about Link’s Awakening?  Is Link’s Awakening the best of the Zelda series?  In my honest opinion, most definitely!  Link’s Awakening is one of the more mature, profound, and  indispensable experience that every Zelda fan should experience.  Here’s why.

First, the setting.  Link’s Awakening was released for the Gameboy (remember that old thing?) and it is a bit of an oddball.  The game does not take place in Hyrule.  We drift ashore the island of Koholint and start our adventure there.  We have absolute no idea of what to expect on this island.  All we know is that we are on an island and we should not be there.  Keep in mind, Link is not here by choice.  He drifted ashore after his boat ventured through a thunderstorm. We need to escape.  And that’s where Link’s Awakening does a great job of making you feel like you are stuck on an island.   There is a claustrophobic feel to the game.  Through my many years of gaming, it is a rare occurrence when a game sets out to create an atmosphere and succeeds.  And then there is this feeling that something here is just not right.  All the inhabitants of Koholint are trapped on the island, yet they seem happy.  Even the music is a bit upbeat and cheerful.  But the most oddest of things in the game is the inclusion of a chain chomp.  Near the beginning of the game, you find a chain chomp attached to a post.  A chain chomp?!  Don’t those belong in a Super Mario game?  You can also spot a Kirby like figure in one of the dungeons, a Yoshi doll in a mini game, and the 8th dungeon boss looks a lot like Fry Guy from Super Mario Bros. 2.  It all adds to the unsettling aura that is Link’s Awakening.  Throughout the game, the sense of entrapment is there, the eeriness of the unknown is there, familiar faces where they don’t belong weirdness is there.  Combined together, it creates the perfect atmosphere for the game, or… the perfect storm.  The same type of storm that has left our hero feeling trapped. 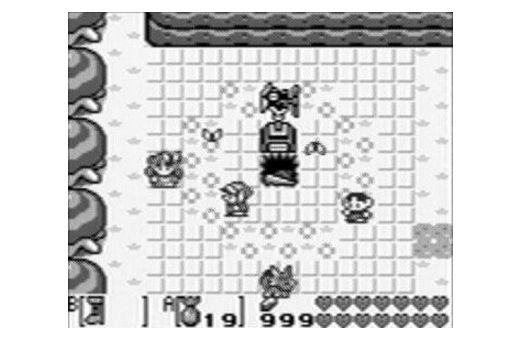 Second, Zelda.  How can  you have Zelda in the title and yet not have Zelda make an appearance?   Blasphemous, you say?!  But wait…  Leaving Zelda out and bringing in a new lady for our hero works extremely well in Link’s Awakening.  Up until that point in the series, Zelda was the princess in distress.  She needs to be saved in the first game and needs an antidote to be released from a sleeping spell in the second.  As far as fans at the time were concerned, Zelda was a goal to attain.  Like a trophy, we wanted it, we worked for it, but at the end, it is merely a piece to say you accomplished your end game.  No real emotional attachment.  Link’s Awakening changed that.  Here is no princess in distress.  Instead, you have Marin.  Throughout the game, you learn of Marin.  You learn of her hopes and dreams.  You learn of morals and strong sense of justice.  You share intimate moments with Marin that you can’t help but think that Link, and yourself, is falling in love with her.

“If I was a seagull, I would fly as far as I could! I would fly to far away places and sing for many people! …If I wish to the Wind Fish, I wonder if my dream will come true…”

That line from Marin is important.  It’s what pulls at your heartstrings once you uncover what is really going on and what Link needs to do if he plans on getting off of Koholint.  Which leads me to the biggest reason why this is my #1 Zelda game.

The story.  Link’s Awakening is storytelling at it’s best.  A storm strands Link on the island and he is told that the only way to get off the island is to wake the Wind Fish and wish his escape.  The Wind Fish is asleep in a giant egg on top of a mountain and in order to wake the Wind Fish, Link will need to gather the 8 Instruments of the Sirens, each one being held in a dungeon, and play the Ballad of the Wind Fish in front of the egg.  Half way through the game, you discover that you in the Wind Fish’s dream.  Wait… what?!  This is all a dream?  My adventure is nothing more than an illusion?  What about Marin?  What about the inhabitants?  What about the feels?!?!?!  This is where the story goes from escaping from the island to destroying it.  Yup.  The ramifications of waking the Wind Fish are dire.  And if you paid attention from the get go, you were getting hints from the game that not everything is what it seems on Koholint.  After hearing Marin’s dream, do you still dare to wake the Wind Fish?  If Link, is in fact, in love with Marin would you decide to say screw it and stay on the island forever?  It’s an intriguing concept and one elevates the game above and beyond Majora’s Mask or Ocarina of Time.  It evolves Link from a man on a mission to escape to one that must make a very difficult decision.  It adds a human element to the story.  We can’t always get a happy ending and even after you wake the Wind Fish and Link and is on his way back to Hyrule, you feel like you didn’t really “win” the game.  There is a sense of loss.  There is an empty feeling.  Your wish to get off the island has just vaporized the world and the people you just experienced.

It’s a pretty deep story for one that was released in 1993.  Video games just didn’t have much in terms of story lines.  The mentality at the time is that gamers want to be entertained by actions and movements that the back story meant little or nothing.  Even now, few of you would be able to tell  me the back story of the first Legend of Zelda game.  Unless you read the manual that came with the game, you would miss the small paragraph that outlined it for you.

Link’s Awakening took the Zelda series to another level.  While some of the other games in the series may have evolved the graphics or game play, Link’s Awakening evolved story telling.  I can only hope that the Wii U installment of The Legend of Zelda will follow in its footsteps.

So what is your favorite Zelda game and why?  Though A Link to the Past has a special place in my heart (first SNES game I bought with my own money!) Link’s Awakening gave me an experience that no other game has yet to replicate.