A decade ago, producing a high-quality sound from home would have been unheard of. However, as the years progress, so too has microphone technology; featuring updated software and top-of-the-line hardware. The biggest development though was the debut of the USB microphone which, in a nutshell, is a microphone that literally just plugs into your computer and is ready to go, typically requiring no additional software.

Ever since their debut, USB mics have become quite abundant. However, below are five USB mics that have proven themselves as game changers in the recording world: 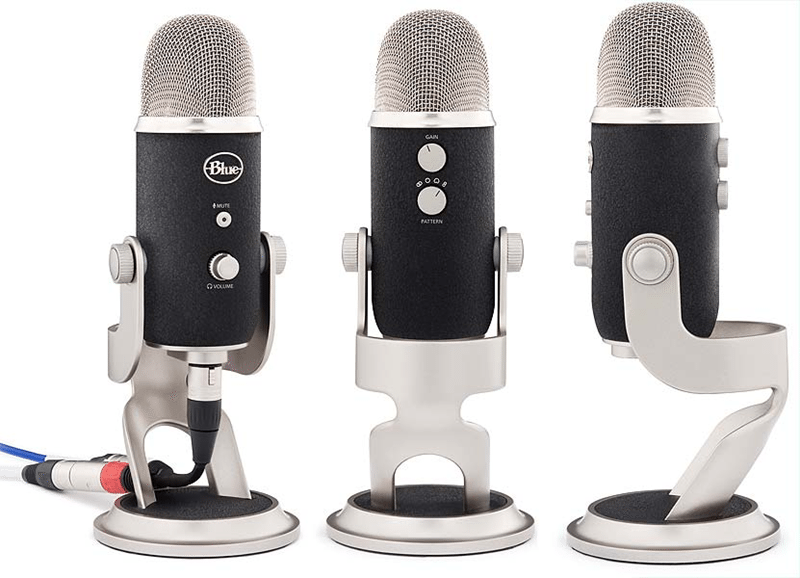 The Yeti has proven itself to be a phenomenal piece of technology, mixing four pattern settings and three capsules into one compact, multifaceted device. Just plug the microphone into your computer and a world of nifty features opens up to you including an analog-to-digital converter, an amplifier incorporated right into the microphone, and instant mute among others. The Yeti’s capabilities as a recording device is surpassing expectations, doing what once could only be accomplished by multiple microphones.

Plugged into your Mac, PC, or even your iPad, Blue Microphone’s Snowball microphone is allowing everyone from the average Joe to professional producers to record top-notch, studio-quality sound right from their desktop computer. The Snowball boasts a three-pattern switch—cardioid, cardioid with -10dB, and omni—making it a superb candidate for podcasters. As if it were not simple enough already, the Snowball requires no extra software or drivers; just plug n’ play.

Microphone giant Samson has produced a number of quality USB microphones, but their debut of the Go Mic, is sending shockwaves across the recording community. What is unique about this microphone is its portable and discrete design, which allows users to literally clip directly to a laptop or other surface. The Go Mic is perfect for those using iChat, VoIP, and even voice recognition software, making the microphone a prime candidate for podcasters and musicians alike.

Whether you are recording a guitar solo in your home studio, reporting breaking news, or debut your first podcast, Audio-Technica’s AT2020 USB microphone is an optimal choice. A low self-noise, low-mass diaphragm, and top-notch design, allows users to produce a professional, sophisticated sound that is rivaled by few. Moreover, the microphone features a cardioid pattern feature that essentially targets the sound you want it too, blocking out the pickup of sounds elsewhere.

For those on a budget but still looking to get a decent microphone, look no further than the MXL 990 USB Condenser microphone. Simply plug this mike into your computer and the FET preamp, conversion technology, and gold-tinged diaphragm, will give you studio-quality sound regardless of where you are. What sets the MXL 990 apart from other USB microphones is the shock mount that is included with the microphone. Normally, a shock mount is an additional charge, upwards of $25.00 or more.