Twenty years have passed since the Prime Evils were finally defeated and driven out of Sanctuary. Now you must return to where this all began starting with Tristram. You’ll investigate the rumors of a fallen star which is the first sign of evil’s rebirth in the land. This is an Omen that end times have begun and things are about to get much worse.

In Diablo 3 you can use fire, ice and summon minions to defeat your enemies and you wield your powers given to you by birthright. The game includes many randomized 3D environments, allowing you to play through quests, and discover new locations in the game. As you play you can claim different loot pieces and no two games will be the same thanks to this randomized ‘dungeon’ approach.

One thing unique to Diablo 3 will be being able to use the real money auction house and buy and sell your game items for real life currency. Use your earnings to buy other items or just spend the cash as you wish the choice is yours, this may even allow for some people to make a part time income just from being dedicated Diablo 3 fanatics.

If you’re interested in a Diablo 3 guide or Diablo3 tips there will be plenty of those once the game comes out. Here’s a short Diablo 3 guide to get your started. 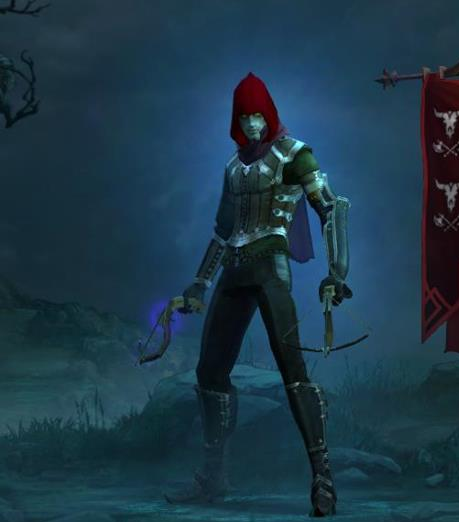 The game features several classes you can play:

Barbarian – Great for close quarters combat. Features melee mastery, brutal attacks, shouts, and can take tons of hits and keep on chugging. Perfect if you want to be in the heart of the action and wade right in to melee brawls.

Demon Hunters– They hunt down their prey and use range tactics to do it with bows and other ranged weapons. They feature ranged weaponry mastery, traps, shadow magic, and battle tactics that can slow opponents down keeping them at a distance. 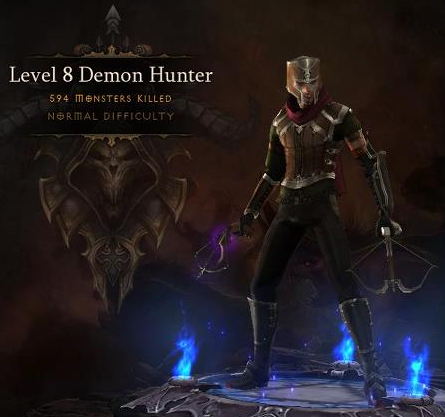 Monks – Use magic and other powers to defeat their enemies. They feature divine powers, combos, mantras, and have good movement as well as speed features.

Witch Doctors– Call upon the dead and creatures for help in battle. They feature pets, destructive magic, hexes, curses, and battlefield control.

Wizards – They are spell casters and can manipulate forces to burn or freeze their foes. They feature elemental mastery, area attacks, protective spells, and endless energy.

The game also features artisans such as the blacksmith. They forge arms and armor and are a crafting class. The jeweler can add and remove gems as well as add sockets into shields, helms, and other pieces of clothing. 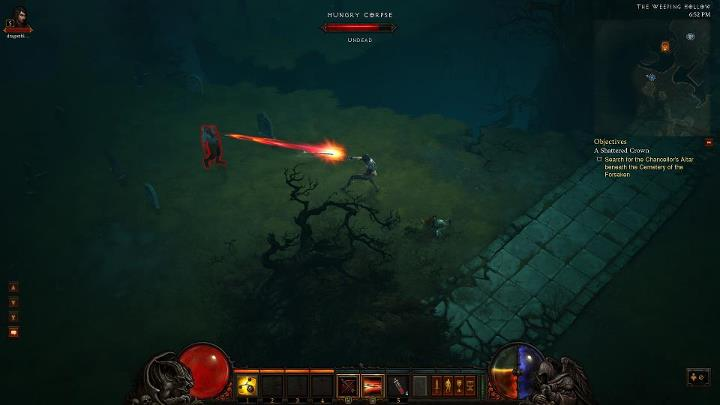 If you’re looking for Diablo 3 tips you will find them here and on other places online once the game is released. This Diablo 3 guide can only showcase what has been released or seen in the beta, so now lets look at the weapons in the game.

There are many weapons coming to Diablo 3 game such as axes, daggers, maces, spears, swords, knives, fist weapons, and mighty weapons. You’ll have both two-handed weapons and ranged ones such as bows. Weapons provide damage and work at various speeds. Once the game is released you’ll be able to determine which weapons work the best for you and your character and you will have to choose whether you want more damage but slower attacks or quicker attacks with less damage in each attack or a healthy balance of the two. If you know of any good Diablo 3 tips around weapon combinations then be sure to come back and share your favorite ones.

The player will be able to use many different items for crafting purposes. The blacksmith will have many plans to use when making items for other sin the game. The jeweler will also have design for making gems for sockets to go in various game items. Artisans can level up by using pages and Tomes to learn new skills and get other recipes. Dyes can be sued to change the color of various items in the game. Players will also be able to use potions such as those that enhance health.  So craft and sell your own items for real cash in the auction house and you can be a real virtual blacksmith and profit from it.

There are tons of armor pieces in the gam including helms, spirit stones, voodoo masks, wizard hats, Pauldrons, chest armor, cloaks, gloves, belts, and mighty belts. Players can also use a wide number of different shields.  What is your favorite look and do you intend to be a tank or leverage magical protections and less physical armor?

The game features new skill runes so you can change your powers such as damage, accuracy, area of effect and more.  These will augment and your active/passive skills to allow even greater effects to be applied.

Players can bring a helping hand into battles which are like henchmen from Diablo II. They can be given weapons and armor and they have upgradeable skills. These followers also have their own personalities.  This wasn’t something seen in the beta and should be interesting to see how it works out in the final version of the game.

The game has great combat which is deeper, faster, and smarter. Each class has more defensive abilities and potions have cool downs so it’s not just a button mashing fest. The game also has improved controls and there’s a PvP arena where you can match up with other players.  Combat is far more fast and furious than typical MMO games and if you are a fan of the Diablo 2 you will not be disappointed.