What is Project Fiona?

Project Fiona is Razer’s new Gaming tablet . It boasts top end specs and will be able to play almost any pc game; this also fills a large hole in being able to play online games on the go, so as normal many seemed very optimistic. The tablet was in concept for around a year and in September fans got there biggest break, a chance to make this sleek and beautifully designed tablet a reality.

It all started when Min-Liang Tan Razer’s CEO posted on his Facebook: “10,000 likes/shares to Launch Project Fiona!” As natural for this franchise, fans leaped at the chance of getting their hands upon the tablet and raised a hefty 10,000 likes in under a day! So shortly after that week Mr Tan posed another very pleasing question to their fans:

“Which CPU should we use? Which GPU? More power less portability? Less power more portability? More performance and higher price? Less performance lower price point?  All these questions and more!”

Overall the comments were mixed, many wanted a cheaper build going for a cheaper AMD chip however there were also many wanting a high end Intel chip, this meant there was a large tie between the high end power hungry fans and  on the go casual gamers.

This brings me on to the most exciting news of all which actually was given yesterday. After two months of planning and decision making the boss himself told everybody the specs and price they had decided. 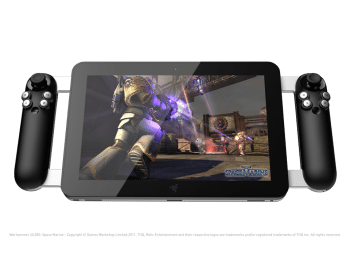 As usual a small section of fans were disappointed at the price however this is the first gaming tablet at this level and the quality of the tablet looks stunning.

Why should I get the Project Fiona?

If you love playing PC games, Xbox games and Ps3 games but are on the go a lot then this is the right tablet for you, not to mention with detachable handles you will be able to carry this with ease.

Is there anything that has not been mentioned by Razer?

Unfortunately there are a few details that have not been given to us as of yet this includes the addition of 4G/3G however with competition growing I have no doubt that this will be included but possibly as an addition. For now the Project Fiona looks like it will hit this market like a storm but since no release date has been mentioned we can just pray that it may be out for Christmas.