I’ve been attending conventions for a very, very long time and for the most part, the conventions I’ve attended have been about a wide variety of things such as pop culture and gaming. However, having been a fan of the horror movie genre ever since I was eight. I decided that I was long overdue to attend a horror convention and thus made Days of the Dead in Indianapolis, Indiana my very first one. Let me share with you my experience of attending my first horror convention and as always, provide my honest opinion on the convention.

First things first let me talk about location. See, all the conventions I have attended, save for one, have taken place in your traditional convention center. However, Days of the Dead and most horror conventions for that matter, takes place inside of a hotel. The Wyndham Indianapolis West hotel was the setting for this convention and also tends to be the setting for a few other local conventions that do not take place at the Indiana Convention Center in Downtown Indianapolis. This hotel is conveniently located just up the street from the Indianapolis International Airport which is rather nice for those traveling by way of plane. Although almost a majority of vendors were from the Midwest, I’m certain it was nice for the celebrities themselves to be within such a close proximity for them to get back home. 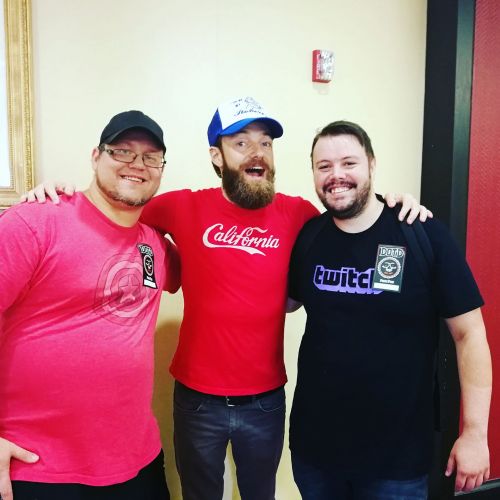 Speaking of the guests/celebrities, I must say that they were quite a treat and all of which were extremely friendly and very welcoming. Unlike any other convention I’ve been to, all of them were very approachable and even came from behind their booth space to talk to their fans, something I don’t tend to see a lot of at other conventions I’ve been to. Also, I will say that Days of the Dead was the first convention to provide me with unrestricted access to the celebrities and I was allowed to take as many photos of them as I wanted and even with them, something that I’ve never been able to do at any convention I’ve been to and one I wish other conventions would allow. It was nice to not have to worry so much about not being able to take time to speak with the guests/celebrities and be able to freely engage them. I’ve noticed at a lot of other conventions I’ve been to that some won’t even let you take a photo of the guest unless you’re paying which is something I don’t understand why that is even a rule to begin with and to me, sounds rather silly.

For this being my very first “horror” convention I must say that I was rather please being able to attend. There was definitely a lot to go and a lot to see at Days of the Dead 2018 in Indianapolis. From the sideshow in the hallway of the convention to the various panels from the various guests that attended. Also I really enjoyed the amount of booths that were there with many FX artists showcasing their incredible displays of work of which I was extremely impressed with. If the horror genre is your thing, Days of the Dead is absolutely worth attending and I highly recommend that you check out their website and find a city near you to attend. I promise you won’t be disappointed.