The thing is the PS Vita will be the most advanced dedicated mobile gaming device to ever exist.  Though it lacks the 3D functionality of the 3DS it almost reminds me of the new Wii-U controller where it is basically a Gaming pad plus touch sensitive screen in one device. 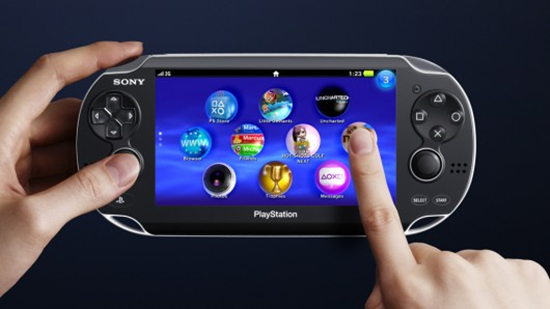 Think of it like a Playstation Portable (PSP) with a touch screen in the center.  The device can run most everything and will have 3G access.  My only question is why is Sony not making this more versatile?  Fill the niche lacking that Parents need and Kids would want.

The majority age of players for dedicated handheld gaming devices are kids through teens.  Most adults who have less time find an iPad or Android tablet would meet their gaming needs.  Many scoff at the complexity of iPad games but they have some pretty advanced games, they all aren’t bejeweled and Angry Birds.  You can play the full Final Fantasy XI title on the iPad for example.

The PS Vita with being able to have 3G and connect to AT&T should be at least able to act as a phone with bluetooth.  This way your teenager can have 1 device serving as phone, gaming pad…etc.  It is bad enough getting them to remember to carry around 1 device without losing it.

As tablets continue to get more advanced processers the bridge between dedicated mobile gaming devices and tablet devices will shrink.  That being said I can attest that there is something more fundamentally usable when gaming when you have dedicated buttons, keypad and some toggle sticks.  I do like some things on the touch screen tablet and it is ideal for selecting items instantly without having to scroll to find the item you want.  But for moving, shooting…etc I think the solid buttons and keypad make for a better gaming experience.  There is room for a device that has a true gaming interface and a touch screen and the PS Vita could fill this niche.

Sony however has the device priced too high at $250 when you can get your kid a Kindle Fire for $199 which has far cheaper games, and far more options for a kid or teenager to do.  Sure, it isn’t a dedicated game system but it does so much more as well.

[easyazon_image asin=”B004L5MYJA” alt=”PlayStation Vita – 3G/WiFi” src=”http://ecx.images-amazon.com/images/I/51IQo3mZcFL._SL160_.jpg” align=”right” width=”200″]Nintendo learned about the damage of a high price point and was forced to slash the price of the Nintendo 3DS down to well under $200 in order to spur sales and I expect Sony will have to do the same.

My prediction is somewhere in the near future you will find a hybrid of mobile gaming device and tablet that effectively has the rich immersive games of a dedicated gaming system yet the flexibility of a tablet.  It will run on a variation of Android (maybe not Ice Cream Sandwich) but some Android 5.0 or 6.0 operating system.

Will the PS Vita Find a Market?

Do you think the PS Vita will find a market in a much more crowded mobile platform?  Are the richer game experiences enough to justify yet another mobile device to carry around?  Would anyone carry around their laptop, eBook reader, cell phone and a PS Vita with them?

Share your thoughts on what you predict the market will be for the Playstation Vita.