Let Me Go could mean several things on this week’s The Following episode (sorry about missing last week).  We have Joey still with Emma; although Paul and Jacob seem to be gone for good; Joe Carroll’s transfer, which results in his escape; even the kidnapping of a young woman.  Heck, it could even be what Ryan Hardy does later in the episode to solve one of the FBI’s dilemmas.  Then again, it could be about all of these things.

Emma and Joey arrive at a garage the morning after their escape from the farmhouse (when does this girl sleep?) to meet her “friend” she tells Joey when he asks.  A scary man named Bo, complete with a snake tattoo on his neck, greets them.  This is not who they are meeting, it is a way stop place.  Since they have been driving all night Joey asks to use the bathroom but before he can enter, he hears a woman crying from another door.  Even though the door is chained, Joey is small enough to fit in and find the terrified woman in a cage.  She begs for his help but Joey runs back to Emma scared.

Joey tells Emma about the girl in the cage but Bo overhears and yells at the boy.  Emma shields Joey from Bo but gets no response to her demands about what is going on.  As they wait, Emma and Bo begin talking about Roderick (another Poe reference).  Emma finds out that Bo is not one of Joe’s “followers” in the same sense she is but he does have his place in helping Joe’s plans (although he still doesn’t tell her what the woman is doing there).  Joey takes advantage of their distraction, steals the keys, and releases the woman in the cage; her name is Dana.  Bo realizes that Joey has disappeared and goes after him, with Emma on his heels.  Dana runs out the back but Joey doesn’t follow.  Bo finds him, screams at him, and chases him.  Even though Joey manages to hide under an SUV, Bo finds him, yanking the kid out by his ankles.  It looks like Bo is going to choke Joey when Emma holds a gun on him.  She tells Joey to run, which he does, but Bo ends up with the gun aimed at Emma.  Just before he shoots her, Charlie shows up with Dana.  Emma is relieved to see him and Charlie tells her that Dana is part of the plan to get them home but Bo won’t be going with them.  Poor Joey is told that his mother was supposed to be with Charlie but the “bad guys” managed to get her back.  They all wait for a call and when it comes later in the day, Charlie goes to deal with Bo and Dana while Emma and Joey get in the car to wait.

At the Federal Detention Center, Olivia shows warden Montero the tape of Ryan breaking Joe’s fingers from the first episode.  She demands he be transferred to another facility since his rights have been violated.  Montero grants the request and the FBI team is notified that Joe will move to a Georgia facility.  While waiting for the paperwork Claire tells Ryan her impressions of Charlie and that “Roderick” though a fake name, is probably Joe’s second-in-command.  Ryan doesn’t trust this but Joe will not give him any actual answers so Ryan asks Mike Weston to check into the warden.  Debra assures Ryan that every caution is being taken with this transfer, including several SUV escorts and a helicopter, and she is going with the transport vehicles. 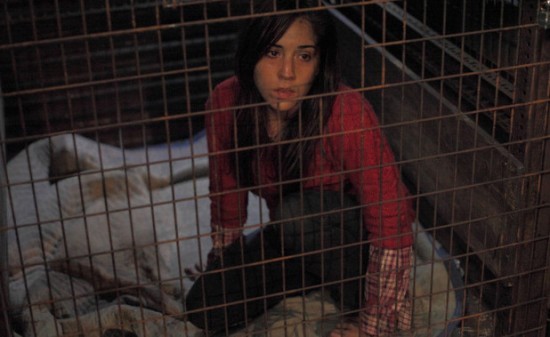 Unfortunately, just after it leaves, Mike let’s Ryan know that the warden’s daughter has not been seen at college for two days.  They confront the warden but he doesn’t give them satisfactory answers.  So Mike and Ryan review footage on Charlie’s recovered computer that shows the prison loading bay.  As they compare it against the actual footage, Ryan notices a piece of litter blowing, which was also in the footage Charlie had.  Ryan calls Debra to inform her that somehow, Joe didn’t get in the transport and she needs to stop the convoy, the warden has been compromised.  She does so at the same time as Mike and Ryan catching the warden before he leaves the prison parking lot.  He tells the two he had no choice because they were going to kill his daughter but when Ryan opens the trunk, it’s empty; just like the transfer truck.  The warden tells Ryan and Mike that Olivia took Joe.

At this point, we see Olivia stop at a rundown apartment and let Joe out of the trunk.  She has a suit for him and after he changes (which we don’t see him do) she drives him somewhere.  The FBI tracks her cell phone and find out where she stops.  Ryan calls and Joe lets her answer it.  As the short conversation goes on Joe tells Olivia to tell Ryan that: “Joe Carroll is killing me and it’s because of you, Ryan.”  Unfortunately, she realizes too late that Joe really did plan this as he starts to choke her.  Ryan pleads for Joe to kill him but it’s too late, she is dead.

Ryan and Mike get to Olivia’s car as fast as they can and bystanders point the pair in the direction Joe went; it’s a very crowded food court.  Joe meets David here just before Mike and Ryan get in but when they see the pair, the two FBI men race up the stairs to catch them.  Joe and David disappear down a hallway and a security guard finds them as they wait for the elevator.  Before either can say anything, a blond woman walks past him and slices him abdomen open with a straight razor, unbeknownst to the guard at first.  She tells Joe her name is Louise (how many of these people does he have working for him?).

Ryan catches Joe just as the elevator doors close and he watches it go up.  Ryan heads for the stairs but David is waiting for him and slams his arm in the door until he drops the gun.  Even though Ryan is able to catch David, Joe shows up with Ryan’s gun.  Joe isn’t happy that Ryan has found him (a bad plot twist according to Joe) but that it would be anti-climactic for Ryan to die in a parking garage.  Joe does reveal to Ryan that they’ve “only just concluded the first part of our novel.”  A helicopter is heard but before Louise and him head for it, Joe informs Ryan that there is more to come and he’ll be in touch later.  David stays behind with the gun on Ryan but Ryan isn’t stupid, he knows that David can’t actually shoot him.  When he mentions this David says he can shoot Ryan in the leg, which makes Ryan lunge for the gun and shoot David there instead.  Unfortunately, it doesn’t do him much good as he can only shoot at the helicopter as it flies away, wasting bullets since they can’t do any damage from that distance.

Cut away to later and Debra is recapping things with Ryan; Joe got away and the copter isn’t registered, Montero is in federal custody, and now they have David in custody.  Ryan wants to find out what David knows because he knows it’s the only lead they have to find Joe.  Debra agrees to give him five minutes alone and gets everyone to head off.  David tells Ryan he will never get anything out of him but Ryan puts on medical gloves and digs his thumb into the leg wound.  The look on David’s face made me cringe just thinking about the pain.

The FBI team finds the garage (thanks to David’s info) and the cages in the back.  Bo is dead from a gunshot to the head but Dana is alive.  Even though she is hysterical, she does manage to tell them that they took Joey.  Due to all this, Claire is put into protective custody.  She is angry about that as well as Ryan’s failure to get Joey so she chews him out.  He doesn’t even know where they are taking her but she doesn’t like that.

The ending has to be the biggest shocker this entire episode, and maybe of the whole season.  Joe and Louise arrive at a giant gated mansion in a car.  As Joe gets out of the car, tons of followers come out of the building smiling at him.  Charlie and Emma are among these and Emma hugs tightly to Joe until he lets go.  Emma knows that Joey is in Joe’s sight and tries to encourage the boy to come forward.  When he doesn’t Joe walks over and says hello.  Joey tells him he knows that Joe is his father.  You have to be wondering just what is going on in this kid’s head.