Platformers are a dying breed and except for a couple of hardcore fans who anxiously wait for the few releases of this genre, most players regard them as a summer distraction. What Dean Dodrill achieved with Dust: An Elysian Tail is to reignite the faith in the hearts of those who think that 2D games still have a future. Unlike most of its counterparts, Humble Hearts’ title combines the traditional elements of the genre with RPG elements, ravishing visuals and a deeply immersive narrative. 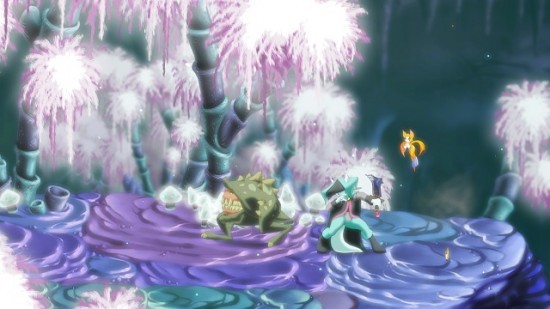 Our hero is Dust, a complex character that wields a fearsome sword and has the uncanny ability of reducing to rubble foes that are several times his size. Ferocity and deadly skills are not his main traits though and looking inside his troubled soul is just as dazzling as watching his chain of deadly moves. As Dust comes closer to his goal of saving the world, he and his flying companion charms players with witty yet heartfelt comments.

These conversations are a pleasure to listen to and add more depth to a storyline that is fairly simple without being shallow. It is hard to believe that modern players could empathize with a 2D character, in a title that is essentially about killing legions of monsters, but Dust brilliantly succeeds in creating this bond. Furthermore, the RPG elements act as an additional incentive for exploration because collecting items and blueprints for combining them adds a new layer of complexity. 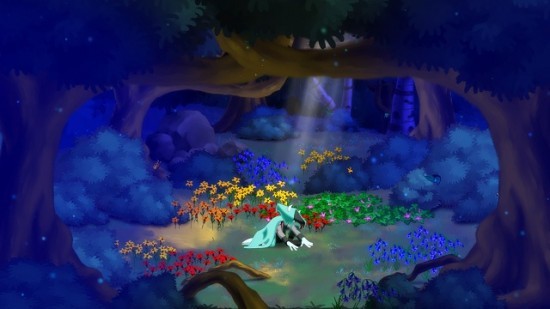 Most platformers are usually a race between the opening stage and the grand finale, with very few players giving the game a second thought after the credits roll. While Dust: An Elysian Tail is as intense as any title in this genre, it is also a treat for the eyes and a constant incentive to walk down the less traveled paths. Backtracking and additional exploration of the world created by Humble Hearts comes naturally, and with each stage being unique and polished, reaching the conclusion is not the priority.

From icy hills, to lush jungles and incandescent volcanoes, Dust: An Elysian Tail carries players through areas that linger in mind and favor roaming. The stunning orchestral soundtrack complements these visually delightful levels, so the twenty hours of gameplay pass without a notice. It is uplifting to know that not all developers have laid down their weapons and platformers such as Dust: An Elysian Tail are still created. Few games deserve 5 stars out of 5, but this is arguably the best 2D title of 2012 and it fully deserves the honor.