The Amazing Spider Man is simply put a summer game that will entertain you for a couple of days or weeks, without leaving a powerful impression on you. The good thing is that it doesn’t aim farther than this and it is completely committed to satisfying your adrenaline rush. Manhattan is once again the setting where action unfolds, but the familiar places are not making the slinging or fast paced fights any less fun. 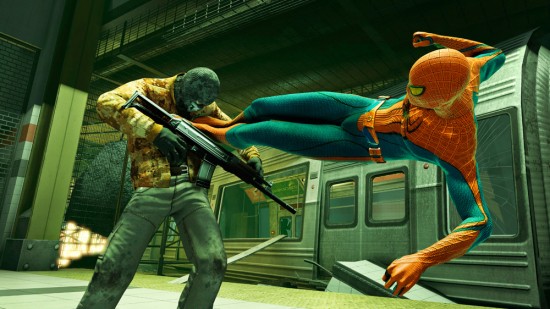 Learn to trust your instincts

Even though it might sound hard to believe that this could be the fast Spider Man game for Xbox aficionados, there are always new players coming from behind. This is why hardcore fans of the franchise shouldn’t be too upset if the learning curve is not steep at all and they need to look hard for a real challenge. The controls are intuitive and the few actions performed by our hero are not terribly complicated to execute even by those who have no previous experience.

Fighting is a bit more challenging, but with a rather shallow set of moves and few combos at your disposal, mastering combat is just as easy as picking it up. There are still some tricks that one can employ for making it more interesting and the game rewards those dare devils with bonus points. The bottom line is that The Amazing Spider Man can be both straightforward and demanding, depending on how you choose to play it. 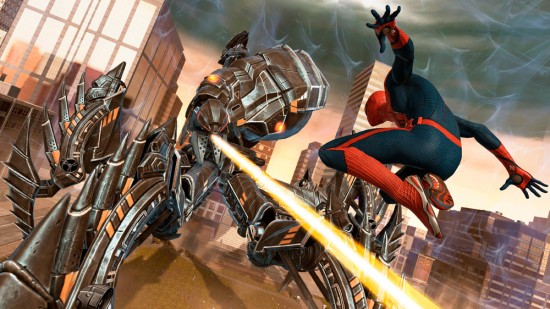 A substitute for a storyline

Saying that the narrative is short and thin would be the understatement of the day, but his doesn’t mean that The Amazing Spider Man has no replay value. Saving people in distress, putting bad guys away and competing in nerve wrecking competitions is just half of what you can do to prolong this experience. Perhaps the most engrossing activity is collecting comic pages that are scattered throughout Manhattan and with as many as 700 of them, you need to put a lot of time in this endeavor.

Finding the first 500 is perhaps the most difficult part, because the remaining 200 will be highlighted on the map when you are close enough. Even so, you will have you hands full trying to discover these hidden artifacts while keeping the city safe. In the end it is all worth it, because there are few better things to do on those torrid summer afternoons and even less that are even remotely as amusing.

I rank The Amazing Spider Man with tree stars out of five, because despite its sheer fun it doesn’t bring anything new in terms of gameplay or mechanics. The trailer captures better than words the feeling players will get when swinging from rooftop to rooftop, so I’ll leave you this one minute of pure joy.