I actually was in the market for a new gaming mouse and had been wanting to do a review of a few to compare and see how they were.  It was just coincidence that Anker just released a precision laser gaming mouse in December 2012 they had never sold a mouse product before and I was one of the first to get my hands on a copy to review. 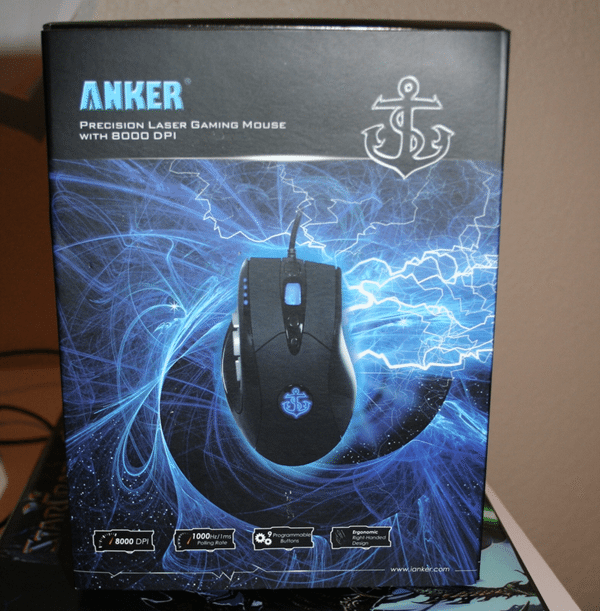 Here is a quick video review of the mouse for those who would prefer to watch a video instead of reading one:

When you first take the mouse out of the box, you will be surprised at how light it is.  It is the lightest mouse I have ever held and has no fatigue or drag on your hand when you start using it. 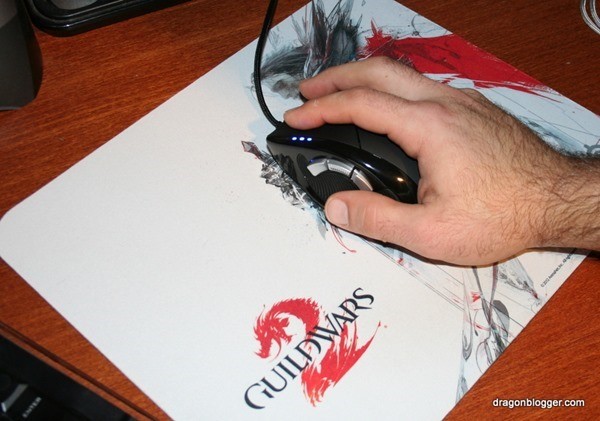 I actually found the mouse to be too light, almost like it wasn’t there so I added all of the weights that are supplied with the mouse, you add these via a chamber in the bottom of the mouse and they all fit in snugly. 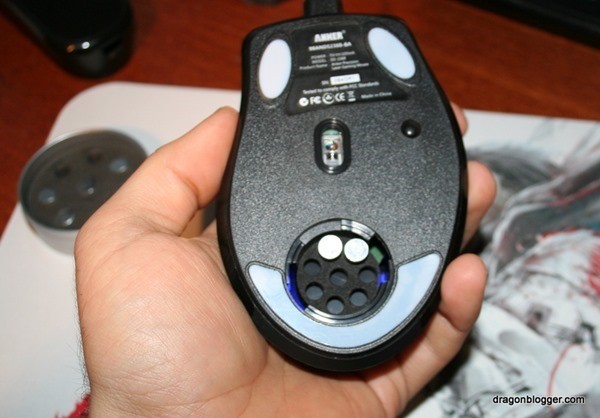 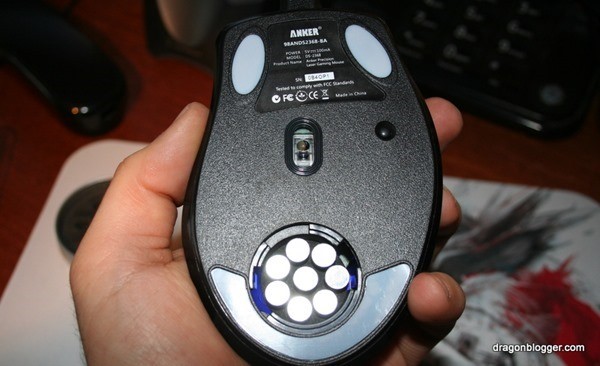 The mouse was a little heaver but barely, and honestly was 1/2 as much weight as my previous mouse which took some getting used to.

The mouse however performed superbly, it was incredibly sensitive, accurate and the thumb rest which is rubber is very comfortable.  The adjustable DPI ranges from 200 DPI to 8000 DPI and has 4 settings that change at the touch of a button, with LED lights on the top left of the mouse showing you which configuration mode the mouse is in.  You can also manual adjust the polling rate as well to make sure the mouse has 0 lag time. 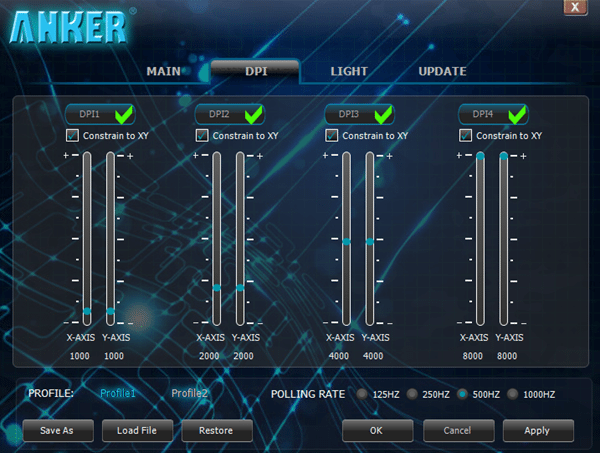 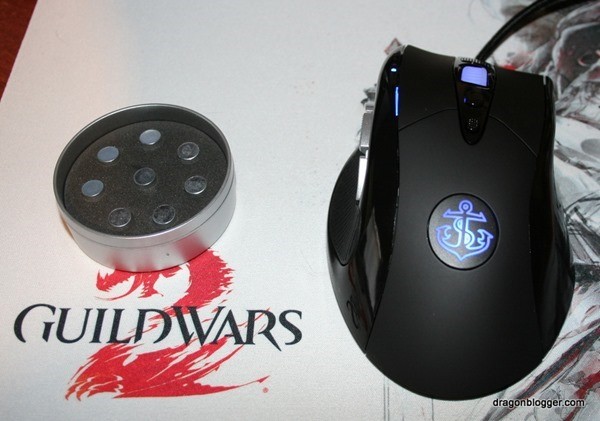 It was extremely easy to adjust various sensitivity options and the thumb buttons by default are CNTRL, SHIFT and ALT to make keyboard shortcuts faster.  The button just under the scroll bar is a macro program button which records functions, while the button above the scroll bar plays back the macro you just recorded. 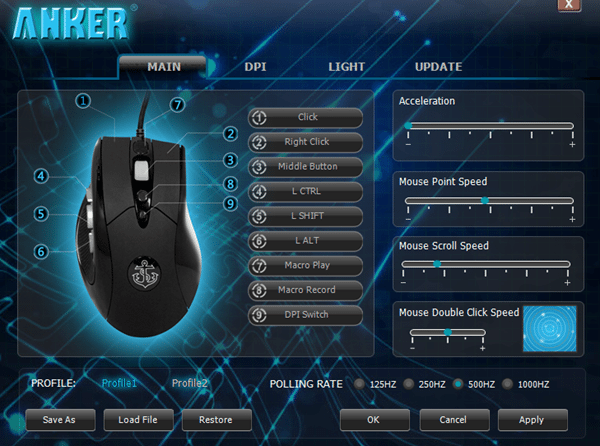 The mouse also lets you set the color of the anchor LED symbol on the mouse and control it’s breathing (cycling speed). 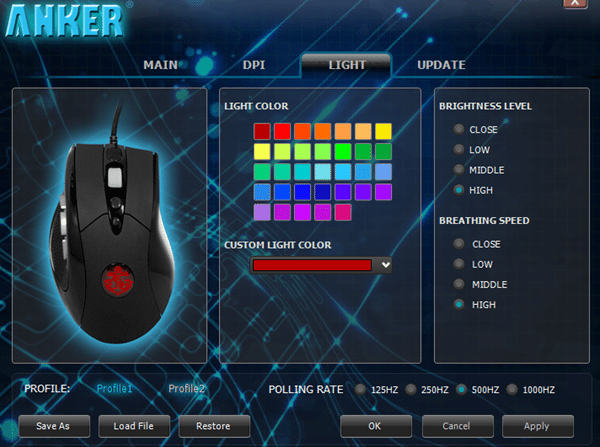 The default is blue, but I quickly chose a dark red to have my mouse cycle a deep red like it was a living, breathing thing. This was a fun little feature and just adds to the customizable feel of the mouse.

The Anker Precision Gaming Mouse was a pleasure to use and though it was a little light under my hand feeling it was worlds better than my $60 Logitech MX610 which I had been using before reviewing this mouse.  Now, I am going to compare this mouse to the Logitech G500 Gaming mouse in the upcoming weeks as I have one of those coming, but for now there is no contest, for the price of $19.99 right now the Anker Precision Gaming mouse which has 8000DPI, customizable buttons and a great feel is worth every penny at that price.