So when I received my #IntelAIO I didn’t realize they would be sending me an Actiontec ScreenBeam to test with it a few weeks later.  This little device worked like a charm and was simply amazing when paired with my Dell XPS 18 and I tried it with a variety of websites and applications.

First, the Actiontec Screenbeam is a wireless display receiver, it uses the Intel WiDi and you can simply choose it as a wireless screen or projector device and have your WiDI device beam the screen to the HDTV that the Screenbeam is hooked up to.  The Actiontec Screenbeam comes with the wireless display receiver, an A/C adapter and an HDMI cable, that’s all you need.  There is no buttons or switches on the device itself and you simply plug it into you’re A/C outlet and the HDMI cable into your HDTV and then you are ready to proceed to sync your Intel PC to your Screenbeam. 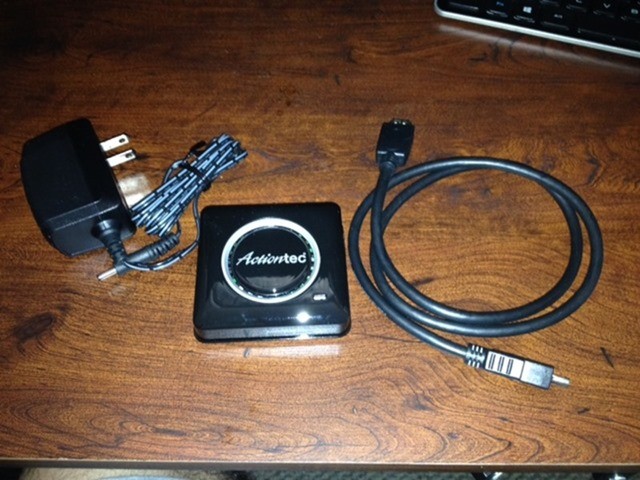 When you first setup the Actiontec Screenbeam and connect it to your HDTV it will give you it’s serial number and code so you can find and pair it on your Intel WiDi compatible PC.  The Dell XPS 18 which is an Intel AIO PC is the computer I paired the Screenbeam with. 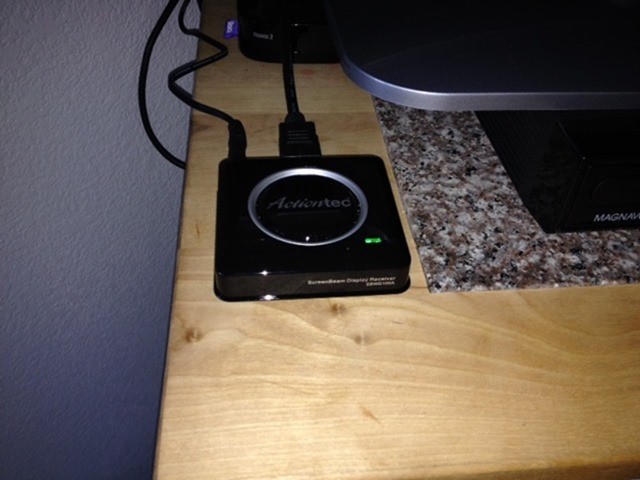 There is no power button on the Screenbeam, you merely plug it in and see the green light and you are good to go.

On your Intel AIO PC just go to your Windows 8 Start Screen, open up the panel on the right and click on devices and then Project. 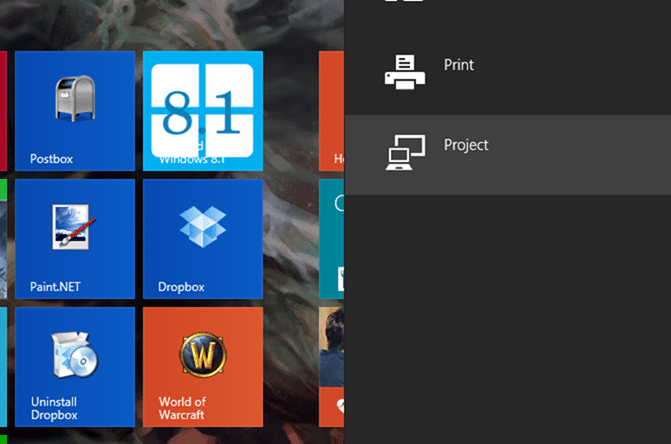 If this is your first time pairing the device, then click on “add wireless display” under the Project menu and you should see the serial number of the device match up with what’s displayed on the HDTV that the Screenbeam is plugged into. 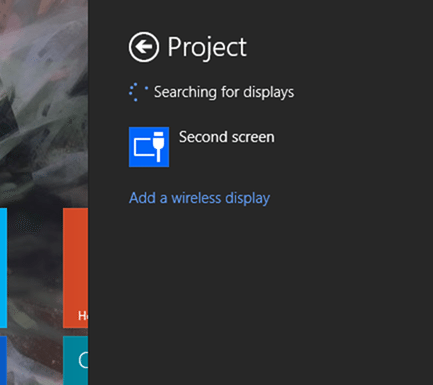 You can choose to display it as a 2nd screen, or simply project your existing display onto your HDTV as well.  Now you can literally stream anything you want to your HDTV and the wireless connectivity was solid enough that I was able to stream live HD movies streamed from Vimeo, YouTube and other sites without any stutter or sync issues between video and audio.  Gaming is however another story, there is some latency and lag in trying to live wirelessly display heavy action games, simple games like touch screen games screen fine, but try streaming something like World of Warcraft and you will have some latency and lag on the streaming due to the sheer amount processing and changing.

This however was an ideal solution for watching Vimeo movies and some great short films on the HDTV which was 2x the screen size as the 18” AIO PC so the family could watch.  You could stream anything from any browser, and this opens up far more video content than having other Internet enabled streaming devices hooked up to your PC as you literally can stream anything from your PC.  No channels to deal with, no limits like only being able to stream from Chrome browser or specific apps or sites that support, you can stream anything.  The limits are up to your imagination when you want to showcase something on your AIO PC to your HDTV so the whole family and/or friends can watch with you.  Maybe you all just want to sit and watch some Twitch.tv streaming together, or maybe you watch movies online from sites that shouldn’t be hosting those movies, either way you can stream it and watch together.

The Actiontec Screenbeam which uses Intel WiDi Wireless Display technology worked flawlessly and was one of the best PC to HDTV streaming products I have ever used, I can tell you for certain that it was more stable and worked better than another PC to HDTV wireless streaming product I reviewed a few years ago and this one gets the top spot.  Now, this device does require streaming from your WiDi compatible PC, it will not just stream or connect to the Internet itself, so it serves a more specific service to compliment your Intel WiDi PC rather than be a stand alone streaming device, but it works better than any device in it’s class that I have tested and the Actiontec Screenbeam is highly recommended if you have a WiDi PC and want to stream content from your PC to your living room HDTV so you can watch movies or shows streamed from the Internet on a larger screen the whole family can watch.

For those who don’t have a WiDi enabled PC you can get the Actiontec ScreenBeam Kit which comes with a USB stick that will connect and stream your PC to the Screenbeam.  This is the perfect option and is only about $10 more to have it come with the USB stick so any PC can beam video wirelessly to your HDTV.

Content Creator/Owner of https://t.co/kw5uyPjwWQ for Tech, Game, Entertainment and streamer at https://t.co/e072uYSy5Y
How To Use SFTP To Securely Transfer Files With A Remote Server https://t.co/A2nP1PktB7 - 45 mins ago