So I got my hands on some Kingston HyperX Predator Memory sticks recently, 16GB worth of RAM and wanted to put them to the test in my computer but ran into some issues with the memory clock speed and couldn’t get them up to where I needed them to be.  This isn’t a fault of the RAM, but a limitation on the Asus P8P67 DELUXE motherboard I am using that is a few years old and even with the latest firmware I can’t get the computer to clock the RAM faster than 1600mhz, even though the RAM can clock up to 2400mhz.

The RAM installed beautifully and has very nice heat syncs over the sticks. 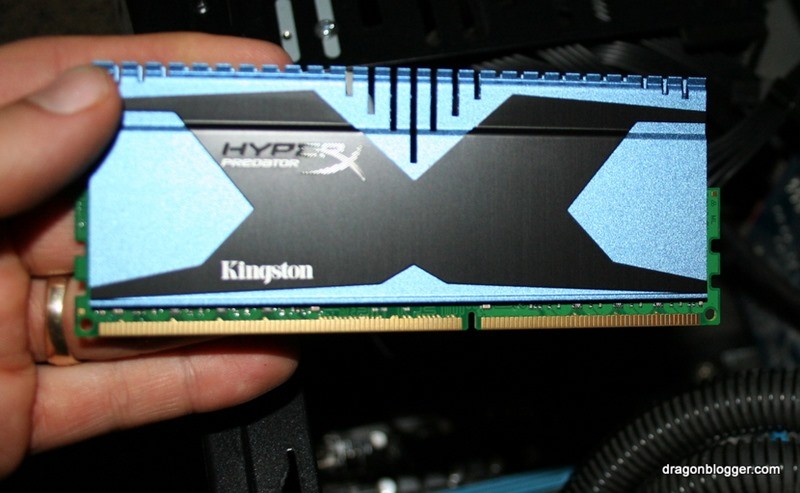 4 sticks side by site don’t touch each other and leave just enough room between them. 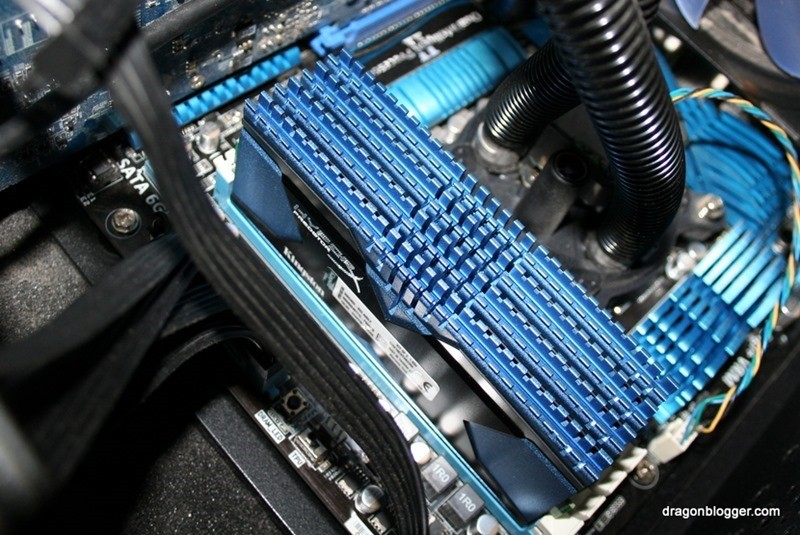 You can see it was a tight fit next to the water cooling pumps over my CPU and is a tight spot on the motherboard. 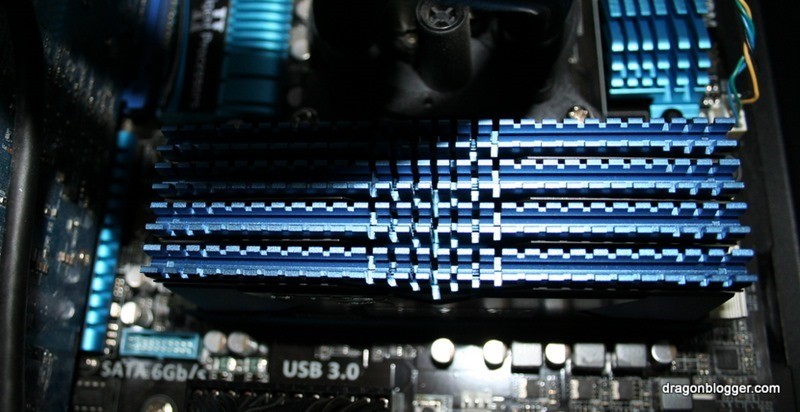 The Kingston HyperX Ram was detected immediately but for some reason the ASUS UEFI Bios only showed it at 833mhz originally, so I decided to start tweaking the bios settings.  At first I had set it to what the RAM said it should be capable of supporting and that was 2133mhz but when rebooting my computer the PC would power on for a few seconds, then immediately power off and reboot itself repeatedly.  It would not reboot to BIOS and my PC was all but dead.

Fortunately, there is a MEMOK button on the ASUS P8P67 Deluxe Motherboard which was showing red, when I pressed the button it reset the RAM settings to default so that the computer was able to boot to UEFI bios again. to Windows 8 and using CPU-Z showed the RAM was all stable and looked good as well.  This time I tried 1866mhz RAM clock speed and unfortunately was met with the same results.  Finally a 3rd time and I settled on 1600mhz RAM, this time it booted up and worked like a charm, the UEFI showed the RAM was all good and stable, then booting

Now 16GB or RAM from the Kingston HyperX Predator sticks and at least now at 1600mhz where my previous RAM was 1333mhz.  Unfortunately, I don’t think the older ASUS P8P67 Deluxe can handle 1866mhz or 2133mhz RAM and the specs show only a handful of models supported, so I think if I want to get the true test of this RAM I will need to purchase a newer motherboard which isn’t something I am going to do right now.  Still going from 8GB to 16GB or RAM was more than enough to see improvement in my system, particularly when running my 2GB dedicated VM for my kids Minecraft server. Now my server barely suffers a dent in performance when running a dedicated VM of 2GB, where before when it left 6GB of free RAM I could sometimes see some performance hits.

The HyperX Predator RAM is really nice though, and what I would definitely recommend is that when you are looking for RAM go to Kingston’s website and search for your specific motherboard brand to make sure you get the RAM that works specifically with your Motherboard.  Though you may sometimes need to get the latest BIOS drivers as well, if you are running an older BIOS version.