The Canon PowerShot G7 X Mark II is a great all-around camera.There’s a reason that so many vloggers today are using this model. It consistently produces amazingly clean videos and stills. We are going to walk you through everything that we loved about this camera and everything that we didn’t. 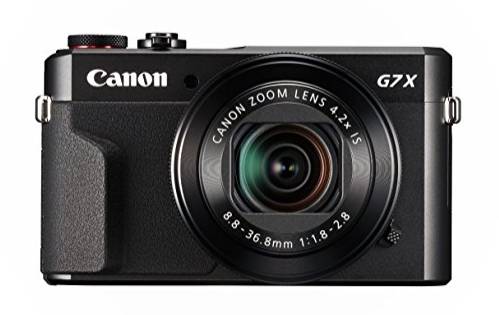 Some features of this model include a 1.0-inch CMOS sensor, 20.1MP 24-100mm f/1.8-2.8 zoom lens and1080p video capture. Much hasn’t changed from its predecessor, but there are some significant updates.

There’s no viewfinder though and sadly, there’s no hotshoe to add one either. Which means you also can’t add extras like a flashgun.

It still has the same 20.1 million-pixel CMOS sensor, and a 4x optical zoom lens that offers an equivalent focal length of 24-100mm and covers an aperture range of f/1.8-f/2.8.

The biggest difference in this version is the addition of a DIGIC 7 processor. This also means that you get upgrades in shooting performance, like a faster burst shooting rate.

This is a camera that can do a little bit of everything.You get Wi-Fi, RAW conversion, a pop-up LCD screen, and several picture modes.

If you are more interested in video, you may be disappointed, because most of the focus is on pictures, but despite this, it is a very capable camera for either job. Although the 240 image battery life means that you’ll be recharging a lot. 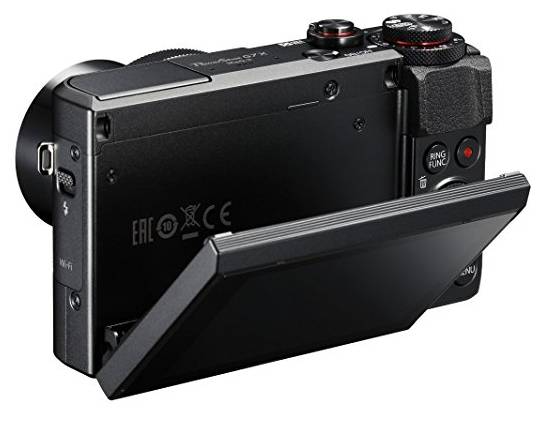 It has full HD video recording, but not 4K.  Wi-Fi and NFC connectivity are onboard too. One nice feature is that the touch-sensitive screen tilts so that you can shoot at odd angles. Of course that would be great for vloggers.

The screen is nice and crisp with great colors and since it is touch-sensitive, you can set the AF point by quickly tapping on the screen. You can also navigate through both the quick menu and the main menu. When viewing images in playback, you can pinch to zoom and swipe through images as well.

There are not many buttons and dials on the G7X II, and the ones it does have are grouped together to make it easier to use one-handed, which is a nice plus. The mode dial on top is on another dial that gives you quick access to setting exposure compensation. Again, a nice touch.

Just like its predecessor, there’s a ring around the lens to change the settings. By default, it is set to alter aperture, but you can set it to another option in the main menu.

This is a great alternative to other clunkier cameras. It nearly fits in your pocket too. While it would have been nice to have a viewfinder, It does have that touch sensitive and tilting screen, but this could have been made to fully articulate.

As it is, the screen tilts downwards, which does help to give you more flexibility when shooting from some awkward angles. This is also helpful when the sun is shining on it so that you can move it out of the light path and have a look.