Watch my video review of the Logitech Z600 Bluetooth Speakers

For those who don’t have time to watch the video or in some cases video may be blocked, here is the run down.

Few devices I have reviewed before have impressed me as much as the Logitech Z600 Bluetooth Speakers.  They deliver exceptional sound for being Bluetooth desktop speakers and can fill a room quite well. 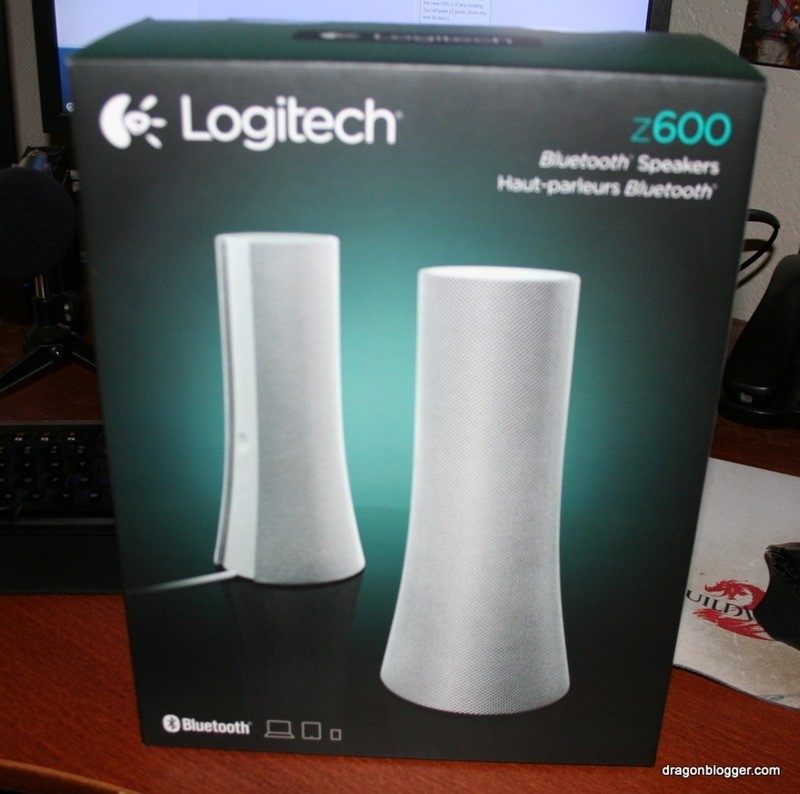 The Z600 Bluetooth speakers were fun to test and I had to try and capture the speakers in my video review just to showcase how loud these speakers can get, and I only suffered a little bit of pain during the test. 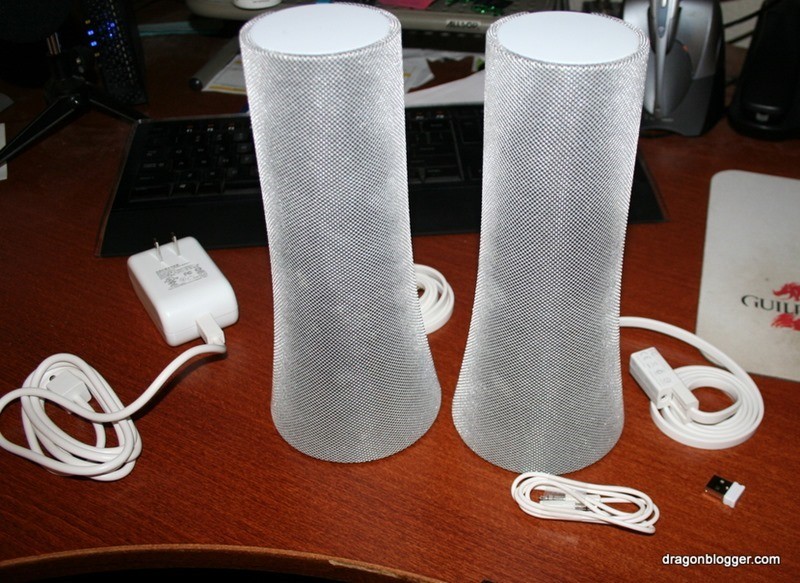 These speakers are cylindrical and white, narrower at the top and wider at the bass.  The speakers have a woofer that faces down underneath them that really can vibrate and shake when volume is high or bass is deep in music or audio.  The speakers have a stylish look and go nicely with any stylish system like an AIO PC, Macbook Air or anything.  The cable is a tad short if you have a huge desk and I would have liked the cable between speakers to be a little longer to help space them out farther apart but it is fine for my arrangement, but this is something to consider.  You won’t be able to put them on 2 sides of a room for example, these are meant to be desktop speakers though they will stretch out enough to go on a small entertainment center. 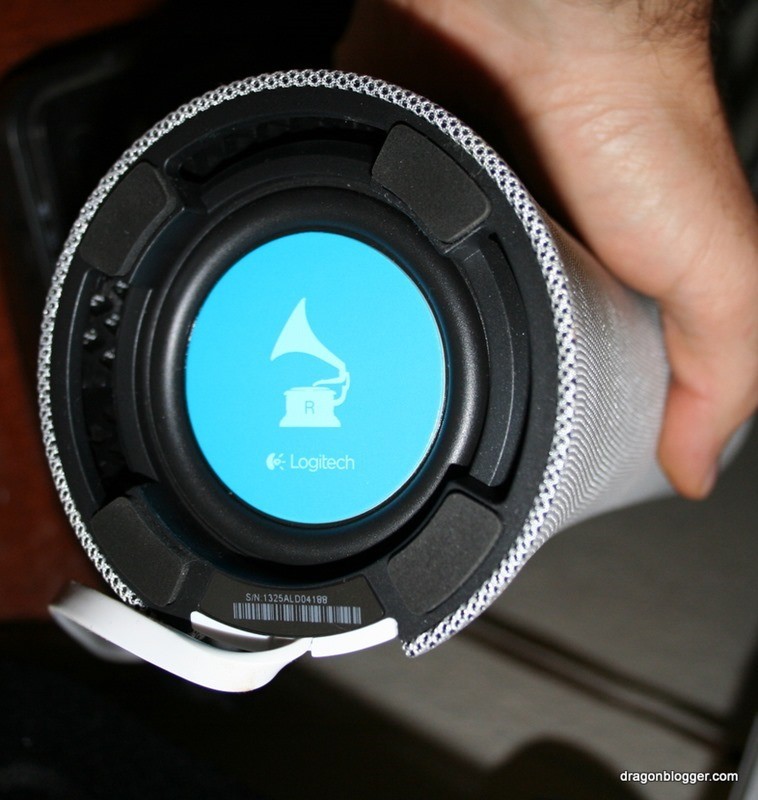 There are 3 drivers in each speaker, this is why the audio sounds so good and it really delivers, it was far better than most of the speakers I have used and tested in the $59 – $129 range though it does not have a subwoofer so it won’t get as deep as a true 2.1 speaker system.

The Bluetooth setup works perfectly, it was so easy to pair my iPad, iPhone or any Bluetooth capable PC to the Logitech Z600 speakers.  Once it pairs the speakers can be set to hold 5 devices in memory, so you can quickly just turn on and speakers will connect.  It comes with a tiny USB Bluetooth receiver you can plug into any PC that doesn’t have Bluetooth, though Logitech recommends you use their thumbnail receiver as you may get better performance than using a default motherboard Bluetooth, but I wasn’t able to confirm or deny this statement as it sounded just as good no matter which Bluetooth source I paired it with. 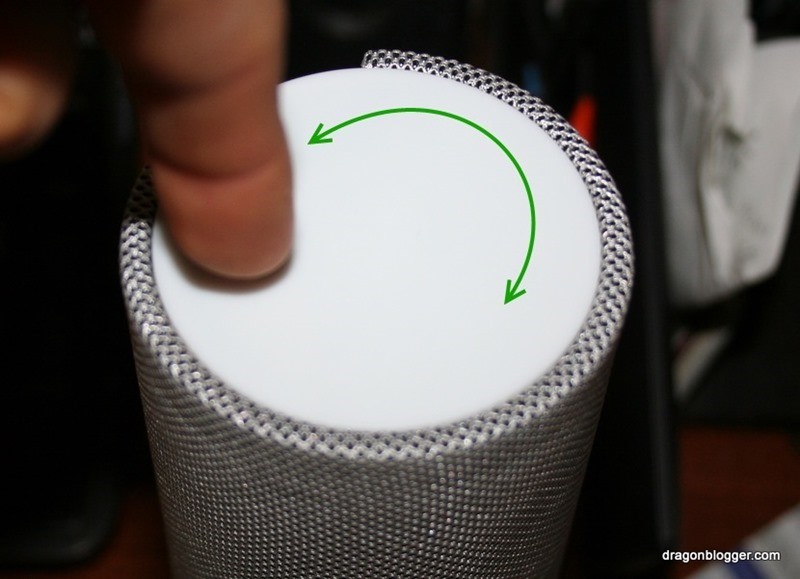 The most interesting feature about the Logitech Z600 Bluetooth speakers is the fact that there is no volume button, dial that you can discern.  The top part of the right speaker is touch sensitive, and all you have to do is spin your finger in a clockwise motion to raise the volume and counter clockwise to lower the volume.  This is really sleek and elegant but because I didn’t know which volume level the speaker was at when I first started reviewing it, I almost blew out my ears and scared the whole family because for some reason either the speaker shipped with the volume set high, or I accidentally increased volume while unpacking.  So you really have to have an audio source playing and then adjust the volume, and before you pair a Bluetooth device with the Z600 speakers makes sure you turn the volume down first a good 5 spins or so, just in case. 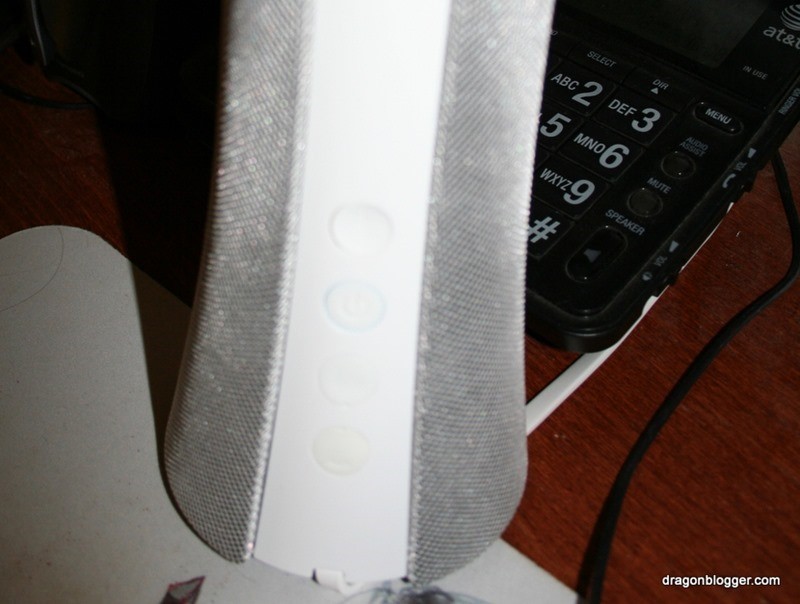 The speaker has 4 small circular buttons in the back, the top one is for Bluetooth pairing and is the only one you will use besides the second button which is the power button.  The 3rd button is a microUSB port for firmware updates and the last button is a cover for auxiliary input.

The Logitech Z600 Bluetooth Speakers are fantastic and worth the buy, they pair perfectly with a Mac or PC and work very well as Bluetooth speakers for your tablet or phone as well if you want to fill a room with music while entertaining guests, you can just pop these babies on a bookshelf, coffee table or anything and plug them in and get the tunes going.

Influencer / Reviewers / Live Streamers - Get in Touch https://t.co/DwhaTltp6U
Do not forget to enter for your chance to win a Gigabyte G5 GD Gaming Laptop with an RTX 3050 GPU or $800 (PayPal o… https://t.co/lEWEiLGEMS - 7 hours ago