I must admit that I love almost all Disney, Pixar, Dreamworks and other animated “family films” more than my kids even and enjoy a good story, animation and nothing tells it like a well done animated movie. Something about animated movies allow you to set the real world behind and be more easily immersed in a fairy tale, or fantasy story without seeing the “live actors” but its like an animated book come to life. 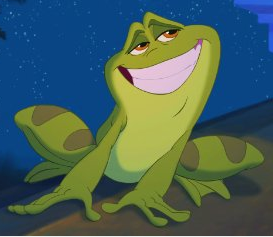 Disney’s The Princess and the Frog does what I had been hoping it would do, and that is capture the magic of such former movies like Aladdin, Hunchback of Notre Dame, The Little Mermaid and others. It captures all the right elements in a twisted version of the frog prince. The setting of New Orleans with the backdrop of jazz music in almost every scene is mesmerizing and the magic and mystery of the Bayou is presented so amazingly in this film it is hard not to be in a constant smile the entire time you are watching it. 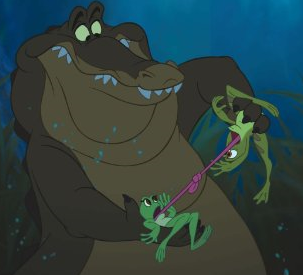 Jim Cummings plays one of the best characters in the movie as the firefly named Ray. Jim Cummings is the voice of Tigger from most of the Winnie the Pooh movies, and you can just barely recognize it in the accent he gives Ray. Keith David’s deep baritone voice is ominous and charismatic as the Shadow Man also known as Dr. Facilier. His scenes of voodoo steal provide some of the darker contrast to the light hearted film and some of the scenes are a tad scary for little kids, with the spirits from the other side conjured to capture the frog prince.

All in all the film was fantastic, the brilliance behind the story and the magic behind the animation, music and flare of the film left me nearly applauding as the film ended. My two kids loved the musical numbers with my three year old bouncing in his seat, and both of my boys were flinching uncomfortably as the prince and Tiana were engaged in a few tender moments.

I would give this film 4 out of 5 stars and can tell you that it is a classic right up there with others and I am hoping Disney will continue to put out more 2D animated tales with the success of The Princess and the Frog. There was a surprising sad twist in the film that came a little unexpected and could disappoint some people, but I felt it was all part of the story and it worked out in how they handled it in the end.