I had been looking for a good pair of earbuds that I could go to the gym and work out with and all my previous earbuds have an issue where the wire leading into my ears eventually causes enough resistance to pull the earbuds out.  I have tried over the ear earphones and they tend to leak out sound so others around me can hear the music I am listening to, so was curious to know if Yurbuds Earbuds lived up to their claim that their unique design would make them stay in your ear and never fall out even if you were jogging, running, lifting weights…etc.

So when the package arrived, inside the package were the earbuds as well as a pair of earbud rubber replacements.  The earbuds themselves are fairly large and have a soft rubberized texture with ridges on the back.  You can tell by running your finger over the earbuds that they have a very anti-skid surface and seem to have a lot of resistance to sliding. 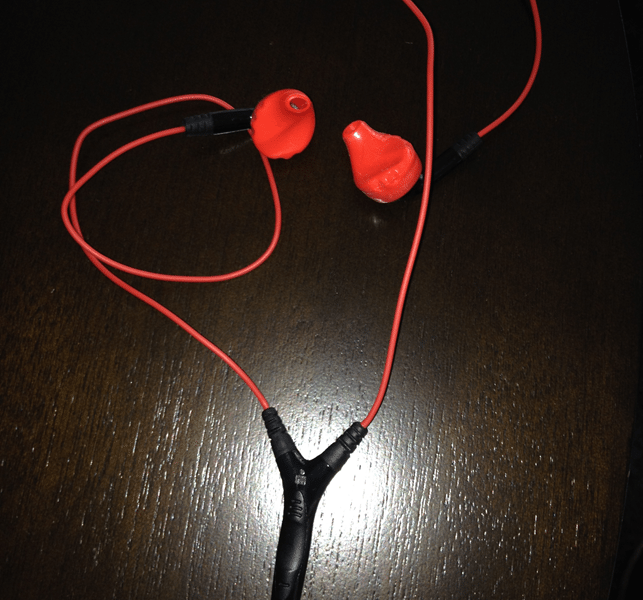 The Yurbuds Inspire cords are plenty long enough and come down to meet a plastic Y piece which servers as the separator for left and right buds, as well as your 3 function buttons are located at the bottom of the Y.  The volume buttons top and bottom are easy to notice and press, the center button is smooth and you don’t notice it is even a button at first.  This is your pause, play and next track button.  Single click would pause or play music, double click will skip to next track, when you aren’t looking at the Y and leveraging the buttons it takes some getting used to do place your finger properly on the center button.  I did find myself raising the volume several times when I meant to pause or skip to next track instead so it just involves building some muscle memory here, but I wish the center button had a rubberized or textured bump like the volume up and down buttons so you can clearly feel it a little better. 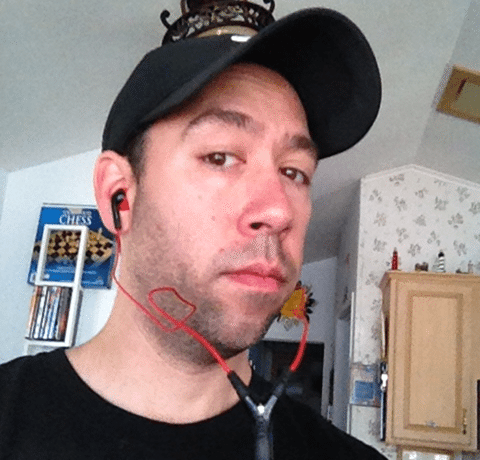 The Yurbuds Inspire are large, and you insert them into your ear, I had to slightly pull back on my ear so the bud can fit properly inside my ear, but I can tell you once my ear canal folded around the Yurbuds I could tell they were right and securely in place. 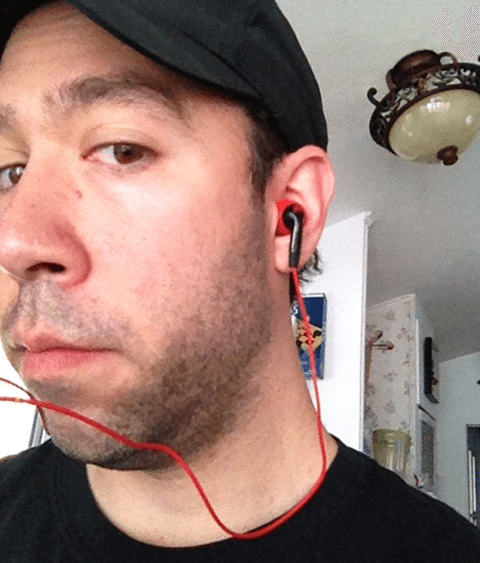 The Yurbuds tip actually inserts a little bit into the ear and this makes the sound even more focused directly at your eardrum, this helps make your tunes easier to listen to without having to crank the volume as loud on the iPhone or music player. 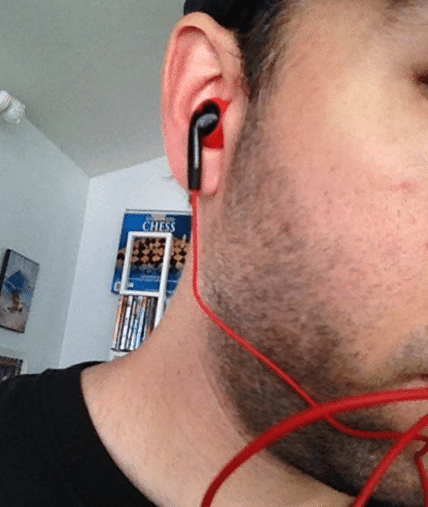 So I did a tug test, I repeatedly tugged on the cords trying to pull the earbuds out of my ear and it wouldn’t budge, I caught the cord on a chair and pretend like I didn’t notice and walked away and it tugged.  I can tell you that the Yurbuds provided significant resistance to the tugging and it took a lot of force to get them to pull out of my ear, you literally feel your ear getting pulled before the Yurbuds finally let go.  So it was time to go put the Yurbuds to the test in real time at both the gym, and then later jogging, then on several 5 1/2 hour drives.

Yurbuds Inspire at the Gym

So at the Gym I worked out on the Elliptical for 20 minutes, lifted weights for another 10, then finished off with a jog on the treadmill for another 10.  I cranked the treadmill up to 6mph for a quick burst and my body was practically jumping up and down.  The Yurbuds did not budge at all, but the wire whipping from the length of the earbud cords was annoying, so I had to actually do two things, the first of which was run the Yurbud cords under my shirt, and the second was get a twist tie to help tighten the earbud cords so there wasn’t so much loose cord.  Some headphones come with a rubberized slider that you can slide up and down the earbuds themselves to tighten them up around your neck, this would have been a nice little accessory to include.

I have read online from some that people who sweat a lot around their forehead and ears may have problems with the Yurbuds falling out and getting slippery, I can’t confirm this.  I work out pretty hard but am not and have never been a heavy sweater even when my heart rate gets up to 170 for sustained time, or 140 for 20 minutes.  I just don’t sweat that much around the face/head, so I couldn’t confirm if sweat would make the Yurbuds slip out.  Some people have reported it, but I personally didn’t have any trouble with the Yurbuds falling out doing my workout routine.

Yurbuds Inspire with a Jog

I did several mile laps around hills in Encinitas and the Yurbuds never slipped out of my ear, I can tell you that the wire or cord is once again long and whips up and down while you run, so you really have to run it under your shirt, behind your back, or use a twist tie to tighten the cord up a bit.  This was the only minor annoyance and it is common with almost all earbuds that I have tried, the cord whipping up and down while running are the only issue.

Yurbuds on a Long Drive

I will tell you that the Yurbuds are fantastic at higher frequencies, they actually amplify and clarify treble sounds and are actually incredibly great for listening to audio books, the narrator speaking is like right there in your ear thanks to the design of the Yurbuds pointing inside your ear canal and you can clearly hear audio books and music with clarity.  Where it lacks is bass and deep low frequency sounds, the Yurbuds are weak on bass compared to other brands I have tried and the truth is, with them actually inserted into the ear canal I would be a little worried if they produce strong bass as it may actually damage the ear drum.  In fact using the Yurbuds Inspire Ironman series for 1 hour for a work out was a breeze, but on an over 5 hour drive, by the third hour my ear canal was starting to hurt, and I felt like my inner ear was hot and a little stinging.  Almost like if you have a fan or hot wind blowing into your ear canal for too long, so I do believe the design of the Yurbuds are not ideal for an extended listen like a long drive or airplane flight due to them inserting into the ear canal.

The Yurbuds Ironman Inspire PRO Performance Earphones did deliver on their statement about never falling out of the ear and being the perfect earbuds for working out or going on a run or jog in, however they did cause some ear fatigue and discomfort when left in for an extended period of time (over 3 hours started to be uncomfortable) however as most people don’t work out for that long in a session, I don’t think that is going to be a major concern.  If you have small ears you may have trouble fitting the Yurbuds Ironman Inspire PRO Performance Earphones inside your ear as you really have to fit in properly so that it seats well and is firmly held in place.  The sound quality was fair and actually was exceptional for audio books where you need treble and clarity, for bass it was a little underperforming and while listening to Metal, Rock, and some Eminem it would have been enjoyable if it were able to produce a little more power in the lower hz frequencies, though I did have concerns about having stronger bass shot so close to your eardrum so maybe it doesn’t for safety reasons?